Teammates De Angelis and Robichon both victorious in Montreal 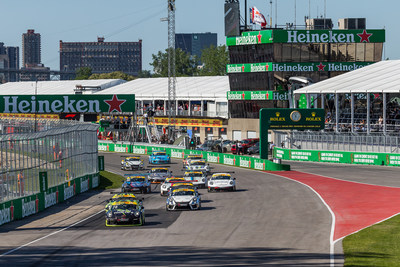 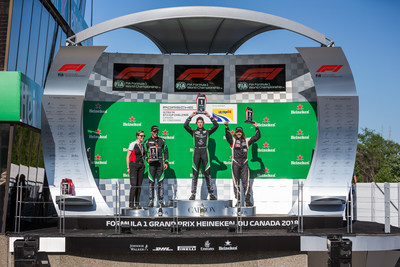 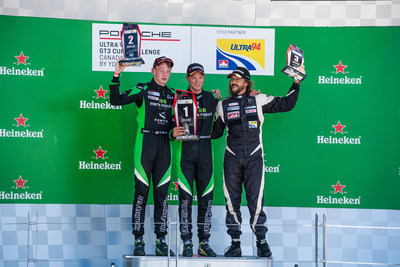 "With the Canadian Grand Prix recognizing its 40th anniversary, the atmosphere at one of the highest anticipated weekends of the Ultra 94 Porsche GT3 Cup Challenge Canada by Yokohama season became even more special for the drivers, teams, and race fans," said Marc Ouayoun, President & CEO, Porsche Cars Canada, Ltd. "Porsche Canada hosted a party of its own with Sportscar Together Day, held concurrently with global celebrations on June 8, distinguishing the 70th anniversary of the brand and the first Porsche 356 model registration, including a street festival in Montreal ahead of the green flag dropping in our series races."

Race One: De Angelis Sails to First Platinum Cup WinAfter taking 11 of 12 Gold Cup class victories in 2017, Roman De Angelis advanced to Platinum Cup in the No. 78 Mark Motors Racing Porsche for 2018 and in just his fifth start, found the top step of the podium.

At 17 years old, De Angelis led flag-to-flag in Porsche GT3 Cup Canada's first race of two at the Canadian Grand Prix after topping both practice session charts and starting from the pole position. Holding second place throughout the contest was De Angelis' teammate Zach Robichon – who entered the weekend undefeated on the season – in the No. 98 Porsche. This was Mark Motors' fourth 1-2 finish in five races.

Another driver who had a stellar performance in Race 1 was Montreal-native Etienne Borgeat in the No. 2 Lauzon Autosport Porsche. This was the first race of the season for Borgeat – a Platinum Masters driver – with Porsche GT3 Cup Canada and the Quebecer took home third place overall and first place in the Masters category. While he held third position throughout the race, Remo Ruscitti in the No. 96 OpenRoad Racing Porsche was hot on his tails all 30 minutes.

Winning the Yokohama Hard Charger Award for gaining the most positions during the race was James Walker in the No. 83 Tullman Walker Racing Porsche. The feat was truly that, as Walker powered through the pain from a rib injury suffered a few weeks ago.

Race Two: Robichon Takes it BackWith the checkered flag of Sunday's Ultra 94 Porsche GT3 Cup Challenge Canada by Yokohama race, the 2018 season is officially halfway complete and Zach Robichon reclaimed his place on the top step of the podium.

As soon as the green flag flew to start the 30-minute race, Robichon battled alongside polesitter De Angelis through the first few corners, but was able to overtake his teammate before the first lap was complete. Robichon held on for the reminder of the race, but not easily.

De Angelis came home with his fourth runner-up finish of the year and No. 2 Lauzon Autosport Porsche driver Etienne Borgeat again came home in third place, in addition to scoring his second Platinum Masters class win of the weekend.

With his fifth victory of the season, Robichon expands his Platinum Cup championship lead back to 20 points over De Angelis heading to Honda Indy Toronto.

For the first time in 2018, the Gold Cup class was represented in Porsche GT3 Cup Canada. Michel Bonnet in the No. 76 Lauzon Autosport Porsche took home both wins, as well as the Yokohama Tire Hard Charger Award for gaining the most positions during the race.

Racing alongside the Verizon IndyCar Series, the Honda Indy Toronto doubleheader weekend for the Ultra 94 Porsche GT3 Cup Challenge Canada by Yokohama series, will mark Races seven and eight of the 12-round season, taking place on July 13 – 15, 2018. Competing on a temporary 2.8-km circuit on the streets of downtown Toronto will be completely unlike what the Porsche GT3 Cup Canada teams experienced this weekend in Montreal.