TORONTO, July 26, 2018 /CNW/ - Staying in sports is less likely for girls like Niki Vilas Boas and Becca Segal. The statistic is that twice as many girls leave sports in high school as boys. Niki and Becca are 16 year old swimmers turned entrepreneurs who want to change that statistic by empowering female athletes and inspiring them to stay in sports into adulthood. 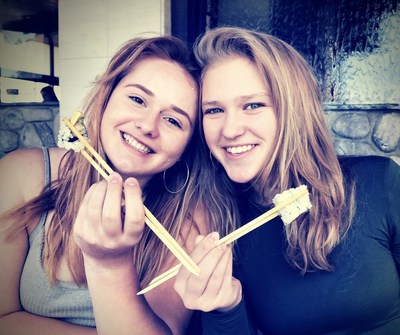 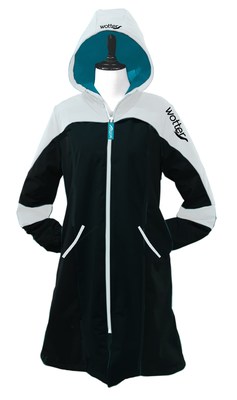 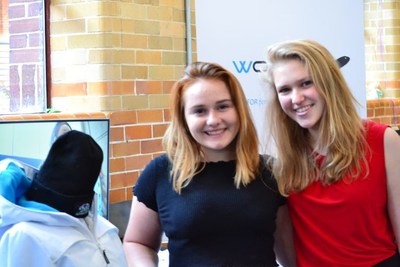 The girls are starting their revolution by redesigning formerly unisex-only swim parkas and making them accommodate the psyche and physique of female swimmers. Swim parkas are worn by most swim athletes to keep warm after practice or between events but until now they were only available in a boxy, masculine "unisex" design.

The girls have named their athletic apparel company Wotter, LLC and refer to their swim parka as a "Cloak of Confidence".  In January, they raised $36,000 with a Kickstarter campaign, attracting the backing of 3 decorated Olympians along the way. One such backer, Annamay Pierse, Canadian Olympic swimmer and 4-time World Record holder said, "My parka was my favourite clothing piece when I was on deck and I love that these young ladies are making something that looks awesome and is super functional for girls."

In their latest splash, the girls appeared on the season finale of Entrepreneur Media's second season of "Entrepreneur Elevator Pitch" where they had only 60 seconds in an elevator to compel 4 prospective investors to invest in the world's only female swim parka.

Dave Meltzer, Executive Producer of "Entrepreneur Elevator Pitch" and the lead investor on the show's panel, said, "That is the best pitch I've seen… I see hundreds."  Other investors on the show have included leading world athletes like racecar champion Danica Patrick and Olympic volleyball champion Kerri Walsh Jennings.  The show's sponsors include Sprint Business Solutions and Sports 1 Marketing.

Niki and Becca's Elevator Pitch segment can be seen on the Entrepreneur Media website. They appear in the 11th minute.

Just how big is this? "Surprisingly huge," say the girls.  Pre-orders for The Wotter Parkas have commenced and the girls are working hard with suppliers to ramp up production to meet demand. Their first batch of parkas will begin delivering in September – just in time for the winter swim season.