VANCOUVER, May 8, 2020 /CNW/ - Summa Silver Corp. ("Summa" or the "Company") (CSE:SSVR) is pleased to provide an update on the high grade Hughes silver-gold property in central Nevada where ongoing data review is uncovering the compelling potential of the property. In addition, the Board of Directors has appointed Galen McNamara to Chief Executive Officer (the "CEO") of the Company. 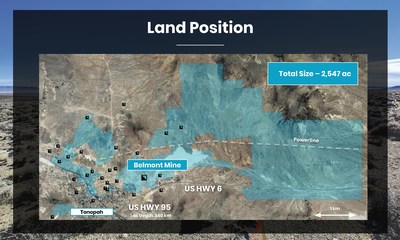 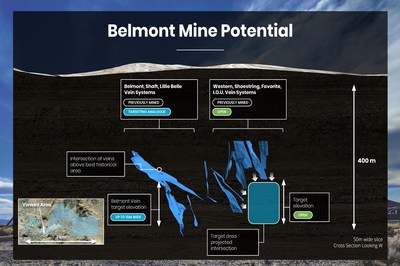 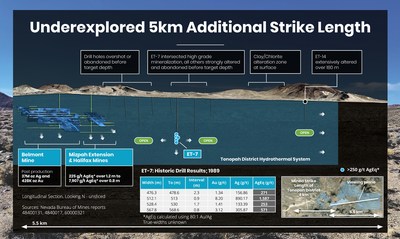 Galen McNamara, incoming CEO of the Company, stated: "I am now excited to join the Company for what I believe to be a watershed opportunity for all shareholders. The Hughes property represents a very rare opportunity in the mining business, and we are preparing a fast-paced exploration program for this summer as interest in precious metals is expected to continue during the on-going global financial situation."

The Hughes property is located just outside of Tonopah, Nevada. Named after former owner and American folk hero Howard Hughes, the property features the eastern portion of the Tonopah mining district. It consists of patented and un-patented mining claims totalling 2,547 acres. Available historical data show that the property contains dozens of mineralized zones consisting of low to intermediate sulfidation epithermal quartz-calcite veins, stockworks and breccias hosted in intermediate and felsic volcanic rocks. The most significant past-producer on the property is the Belmont Mine which is reported to have produced 36.7 million ounces of silver and 428 thousand ounces of gold from 2.1 million tons of rock with veins as wide as 15m1. Detailed historic mine plans are available for the Belmont Mine, but no drill hole data is known to exist.

Furthermore, the property extends five kilometres east along strike from the Belmont Mine into an area of little to no exploration. Small scale mining in 1914 on only one level in the Mizpah Extension Mine approximately 300m below surface and 350m east of the Belmont Mine workings is reported to have encountered grades between 225 g/t Ag equivalent over 1.2m and 7,907 g/t Ag equivalent over 0.8m2. To the Company's knowledge, these veins have never been drilled.

Finally, an additional 1,700m further east from ET-7, hole ET-14 intersected nearly continuous moderate to very strong epithermal style hydrothermal alteration over 180m beginning approximately 60m downhole. The hole was terminated in the same volcanic lithology known to host the Tonopah epithermal vein zones. In ET-14 the lithology was described as showing strong argillic alteration with 1-3% disseminated pyrite. To the Company's knowledge, no follow up exploration was ever completed.

The Company is finalizing targets for a summer drilling and exploration program. In Nevada, mining has been declared an essential business and mining companies have been directed to adopt strict social distancing measures throughout operations.

Galen McNamara has been appointed CEO of the Company. In connection with the appointment, Hani Zabaneh has stepped down as CEO but remains on the Board of Directors. The Company thanks Mr. Zabaneh for his work as CEO.

Mr. McNamara is an entrepreneur and geologist who has been involved in the resource industry since 2007. He shared the 2018 PDAC Bill Dennis "Prospector of the Year" Award and 2016 Mines and Money Exploration Award for his work on the Arrow uranium deposit. In 2014, Mr. McNamara co-founded Pioneer Exploration Consultants Ltd. a successful exploration consulting business, and Pioneer Aerial Surveys Ltd, a company focused on developing UAV borne geophysical surveys. Prior to that, he managed surface exploration at what is now SSR Mining's Seabee Gold Operation where he worked on the early drill development of the currently producing Santoy Gap gold deposit. Mr. McNamara holds Bachelor's and Master's degrees in geology from Laurentian University.

The Company is also pleased to announce that a new website is now open at www.summasilver.com.

The Board of Directors has approved the grant of 2,185,000 incentive stock options to directors, officers and consultants of the Company. The options vest immediately and are exercisable at a price of $0.25 for a period of 60 months.

Galen McNamara, P. Geo. and CEO is a qualified person as defined by National Instrument 43-101 and has reviewed and approved the scientific and technical disclosure in this news release.

This news release contains certain statements that may be deemed "forward-looking statements" with respect to the Company within the meaning of applicable securities laws. Forward-looking statements are statements that are not historical facts and are generally, but not always, identified by the words "expects", "plans", "anticipates", "believes", "intends", "estimates", "projects", "potential" and similar expressions, or that events or conditions "will", "would", "may", "could" or "should" occur. Although Summa believes the expectations expressed in such forward-looking statements are based on reasonable assumptions, such statements are not guarantees of future performance, are subject to risks and uncertainties, and actual results or realities may differ materially from those in the forward-looking statements. Such material risks and uncertainties include, but are not limited to, the Company's ability to raise sufficient capital to fund its obligations under its property agreements going forward, to maintain its mineral tenures and concessions in good standing, to explore and develop the Hughes or Donna project or its other projects, and for general working capital purposes; changes in economic conditions or financial markets; the inherent hazards associated with mineral exploration and mining operations, future prices of silver and other metals, changes in general economic conditions, accuracy of mineral resource and reserve estimates, the ability of the Company to obtain the necessary permits and consents required to explore, drill and develop the Hughes and Donna projects and if obtained, to obtain such permits and consents in a timely fashion relative to the Company's plans and business objectives for the projects; the general ability of the Company to monetize its mineral resources; changes in environmental and other laws or regulations that could have an impact on the Company's operations, compliance with environmental laws and regulations, aboriginal title claims and rights to consultation and accommodation; dependence on key management personnel; general competition in the mining industry; and uncertainties surrounding the COVID 19 pandemic. Forward-looking statements are based on the reasonable beliefs, estimates and opinions of the Company's management on the date the statements are made. Except as required by law, the Company undertakes no obligation to update these forward-looking statements in the event that management's beliefs, estimates or opinions, or other factors, should change.