On National Philanthropy Day, ECHOage, the better way to celebrate, congratulates ECHOage kids for stepping up to raise $10 million in 10 years

TORONTO, Nov. 15, 2017 /CNW/ - ECHOage.com, the better way to celebrate, today announces findings of a study of North American charities revealing that kids are important fundraisers for charities – and in many cases are influential when it comes to their parents' and grandparents' decisions on charitable giving. 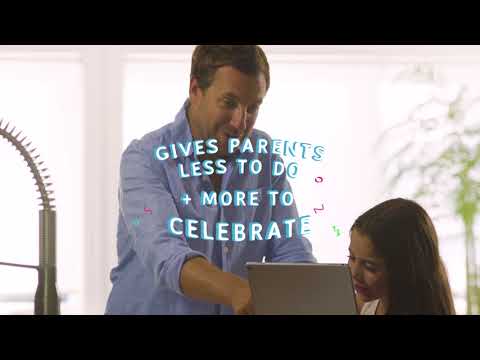 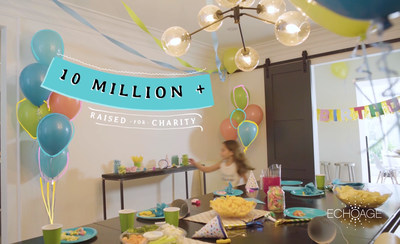 ECHOage today also recognizes the thousands of kids who have stepped up to raise $10 million in 10 years through the ECHOage birthday party platform, a milestone aptly being celebrated this National Philanthropy Day and one that proves that North American children age 2-12 mean business when it comes to charitable giving.

ECHOage is a platform that has changed the way children celebrate. The service – created 10 years ago by two Toronto mothers – is a streamlined online invitation system that invites guests attending a party to contribute to group gifts while also donating funds to a charity.

Through this birthday party platform, kids across North America have put a stake in the ground, powerfully voicing that they are serious about giving back as demonstrated by their ability to raise $10 million in 10 years through their birthday celebrations, a major accomplishment being recognized by ECHOage and its charity partners today.

"Make-A-Wish Canada is proud to be one of the first national Canadian charities to work with ECHOage," says Chris Pon, VP, National Alliances & Branding, Make-A-Wish® Canada. "The innovative platform allows children to become philanthropically-minded at an early age and give back to make our communities stronger. Together, with partners like ECHOage, we bring hope, strength and joy to courageous children and families when they need it most."

ECHOage is fully aware of the impact kids can have and to better understand the relationship between charitable giving and children, ECHOage recently conducted a study of North American charities revealing that:

"We've always known that kids are capable of making an impact – the results of this survey and our $10 million raised in 10 years milestone are proof that when given the tools to give, kids not only mean business but are important stakeholders for North American charities, often influencing decisions of others when it comes to charitable giving," says Alison Smith, Co-Founder, ECHOage.

To celebrate its big milestone and all the children who have made their mark on charities across North America, ECHOage is today also releasing a celebratory video featuring real-life ECHOage Heroes who helped make the $10 million raised milestone possible:

Thousands of kids – like those in the video and Maiya who supported Make-A-Wish Canada – have used the platform to make their birthdays count.

"I wanted to help someone who might be sick and needed something special to make them feel better," says Maiya, Spirit of ECHOage Award Winner. "I just had surgery at the IWK Health Centre and wanted to help other children who may not be feeling well."

The milestones being celebrated by ECHOage and its supporters today are proof that kids can make a difference.

"We've witnessed very young children, from a variety of backgrounds, become interested in helping their communities to thrive," says Debbie Zinman, Co-Founder, ECHOage. "We celebrate these kids today, and the valuable insights we've learned from them."

The study was conducted by ECHOage and is based on responses from North American charity partners.

About ECHOage – The Better Way to Celebrate

ECHOage is a platform that has changed the way children celebrate. The service is a streamlined online invitation system that invites guests attending a party to contribute to group gifts while also donating funds to a charity. The platform has modernized the birthday party experience and is a welcome change as it integrates group gift giving and charitable donations as part of every celebration. ECHOage partners with hundreds of charities and has given thousands of kids the opportunity to give while celebrating – it has also created junior advocates of change across North America. For more information, please visit: www.echoage.com.