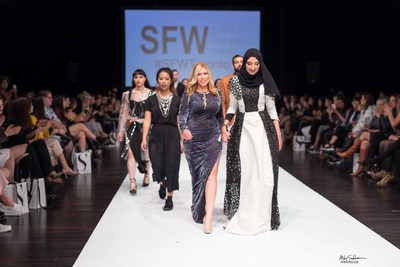 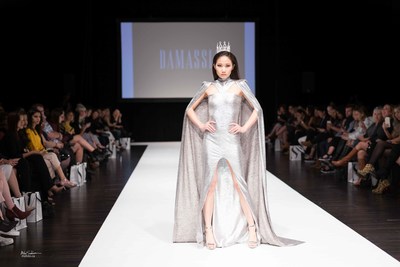 SFW marked its fifth year cultivating a unique platform to support fashion and tech startups by expanding from Toronto into Montreal earlier this year, making it the first fashion week to run in two of the nation's most prominent fashion capitals.  The three day sold-out event in Montreal positioned SFW as the leading national platforms for strengthening the Canadian fashion landscape.

The Toronto event this Fall is designed to stimulate networking, professional dialogues and showcase opportunities, which will include an invite-only Designer Dinner followed by a Media Launch/Opening Party, Business of Fashion Conference, Gender and Fashion Forum and Runway Show hosted by Toronto's Television Host & Radio Personality Devo Brown.

Since 2014 SFW has brought awareness to 42 designers, 31 fashion-tech startups and more than 160 emerging models.

"Our program has proven to increase visibility for Canadian startups offering them a chance to grow and succeed," says Goodfellow. "This year Startup Fashion Week™ had more than 130 applications from across Canada to partake in both of our runway shows and we are proud to present 11 candidates in Toronto this October."

Fashion entrepreneurs and industry guests can find event and ticket info at https://startupfashionweek.com/tickets/.

Startup Fashion Week™ (SFW) is the first of its kind, representing the intersection between fashion, business, and technology. The concept was created in 2014 by Jodi Goodfellow, a fashion-tech startup innovator who saw an opportunity to connect early-stage entrepreneurs with industry stakeholders. Its focus is to drive and support emerging Canadian talent on a national scale.  SFW has provided access to notable industry professionals though educational conferences. SFW has profiled Canadian designers from cities such as Toronto, Montreal, Saskatoon, and Saint John including DAMASSIA, Amanda Maria, Atelier Guarin, She Native, Helen Oro and fashion tech startups such as Daniel Christian Tang, Inlighten, TAP2TAG and Muse.

For further information: Media guests can contact [email protected] to apply for media accreditation or to arrange an interview.