Proceeds from the ball will go specifically to completing the renovation of the Slaight Family Emergency Department, which treats some of the most critically ill and injured patients in the city and the region. 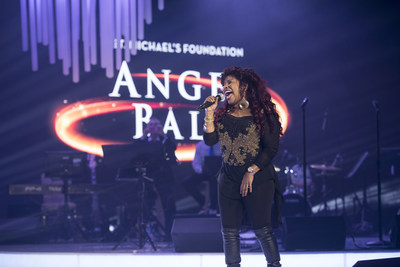 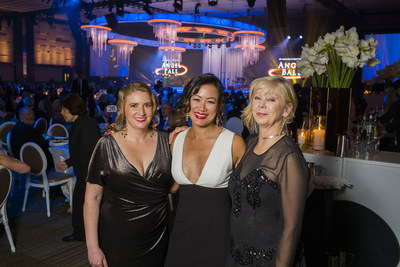 Doubling the size of the Emergency Department will allow St. Michael's to accommodate its growing volume of patients, reduce wait times and continue to fulfill its mandate as a Level 1 trauma centre while providing faster, more efficient care in a better-designed and more comfortable environment.

"We have already opened the first part of our new world-class emergency department, and completion of our Inspire 2018 fundraising campaign is going to allow us to finish the project," said Dr. Robert Howard, president and CEO of the health network uniting Providence Healthcare, St. Joseph's Health Centre and St. Michael's Hospital.

"Thanks to the generosity of our donors, we will have a state-the-art space with more patient treatment areas to serve the growing population, as well as diagnostic imaging inside the department, a special section for quicker diagnosis and treatment of patients with less severe illness or injury and a fully renovated and enhanced trauma room."

More than 1,500 people from the arts, business and health-care communities attended the Angel Ball at the Beanfield Centre. The name of the ball honours the fact that St. Michael's is known as Toronto's Urban Angel, for its downtown location and quality patient care.

"We're so proud to be celebrating our Angel Ball," said Frank Techar, board chair of the St. Michael's Hospital Foundation. "This year we have raised $4 million net for the Slaight Family Emergency Department, which we could not have done it without the tremendous support of our donors, volunteers and sponsors."

The Angel Ball is held only once every three years. The first gala, held at the Fairmont Royal York Hotel on Oct. 24, 1992, marked the 100th anniversary of the founding of St. Michael's Hospital. The 2017 Angel Ball marks the hospital's 125th birthday.

To obtain high-resolution photos from the event, please contact Kelly O'Brien at 416-864-5047 or [email protected].

About St. Michael'sSt. Michael's Hospital provides compassionate care to all who enter its doors. The hospital also provides outstanding medical education to future health care professionals in 29 academic disciplines. Critical care and trauma, heart disease, neurosurgery, diabetes, cancer care, care of the homeless and global health are among the hospital's recognized areas of expertise. Through the Keenan Research Centre and the Li Ka Shing International Healthcare Education Centre, which make up the Li Ka Shing Knowledge Institute, research and education at St. Michael's Hospital are recognized and make an impact around the world. Founded in 1892, the hospital is fully affiliated with the University of Toronto.