MONTREAL, Aug. 9, 2018 /CNW Telbec/ - SRG Graphite Inc. ( TSXV: SRG) ("SRG" or the "Company") announces that the Company's board of directors has approved a new corporate structure. The Company has appointed Mr. Raphael Beaudoin as Vice-President, Operations, Metallurgy and Process Design, Mr. Elias J. Elias as Vice-President, Legal and Corporate Affairs and Corporate Secretary, Mr. Mathieu Charette as Vice-President Finance and Corporate Controller, and Mr. Michel Labonté as General Manager of SRG Guinea. With these appointments, management and the board of directors are confident this will contribute positively to the Company as it moves closer to construction.

"Having worked with all of these gentlemen, I am thrilled by these appointments given each individuals' skills, qualifications and experiences. I believe this will directly contribute to creating shareholder value" declared Mr. Benoit La Salle, Executive Chairman of the Company.

"We are delighted to be announcing the bolstering of the executive and operational teams at SRG as we continue to meet our objectives and milestones and move towards advancing the feasibility study," said Mr. Ugo Landry-Tolszczuk, President and COO of SRG.

Mr. Elias has extensive experience in West Africa in both the mining and the energy sectors. Before joining SRG, he served as General Counsel and Corporate Secretary of Windiga Energy Inc., a Canadian-based independent power producer. Previously, Mr. Elias was Legal Counsel at SEMAFO (TSX: SMF), a gold producer with significant presence in West Africa as well as with Gildan Activewear, one of the world's largest vertically integrated manufacturers of apparel. Mr. Elias holds a civil law degree and a common law degree from the University of Ottawa and is a member of the Barreau du Québec since 2007.

Mr. Charette completed his bachelor's degree in business administration and further continued his studies in taxation at the HEC Montreal in 2004. Mr. Charette has been a member of the Ordre des Comptables Agréés du Québec since 2006. He has worked in a financial role with mining companies in West Africa since 2008, first as corporate controller with GoviEx Uranimum Inc. ( TSXV: GXU) and then for five years as CFO and secretary for WAI Capital Investments Corp. ( TSXV: WAI). He has over thirteen years of experience in financial management, financial reporting, taxation, budgeting, forecasting and regulatory compliance for private and public companies within multiple jurisdictions.

The appointment of Mr. Labonté as General Manager of SRG Guinea brings to the team a wealth of experience with regards to constructing and operating mines in West Africa. Mr. Labonté has over 40 years of mining experience including over 15 years at Kiena Mine, Placer Dome and a decade of experience in Africa, most notably five years as General Manager of SEMAFO's flagship Mana mine in Burkina Faso. There, Mr. Labonté oversaw the construction, start of operations and continuous capacity building of the mine from the originally planned 2,500 tonnes per day plant to an 8,000 tonnes per day mine, as well as oversaw the operations of the mine for several years, including managing over 500 employees.

The Company is pleased to announce that, pursuant to its Stock Option Plan and subject to regulatory acceptance, it has granted an aggregate total of 2,285,000 incentive stock options to certain directors, officers and consultants of the Company, subject to certain vesting provisions.  These options will be exercisable at a price of $1.10 per common share and will expire on August 8, 2028.

SRG is a Canadian-based company focused on developing the Lola graphite deposit and the Gogota cobalt-nickel-scandium deposit located in the Republic of Guinea, West Africa. SRG is committed to operating in a socially, environmentally and ethically responsible manner. 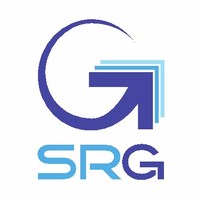