This is the car Pierce Brosnan drove during the 1995 film GoldenEye. It was most notably the star of a three-minute-long race in the hills above Monaco against villain Xenia Onatopp, played by Famke Janssen. When last sold for $200,000 in 2001, this iconic vehicle entered the Guinness Book of World Records as the most valuable piece of Bond memorabilia ever. 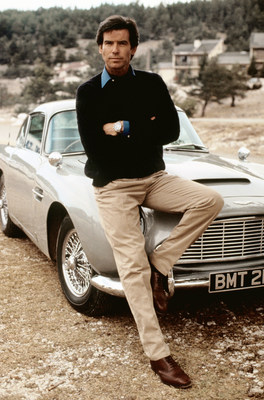 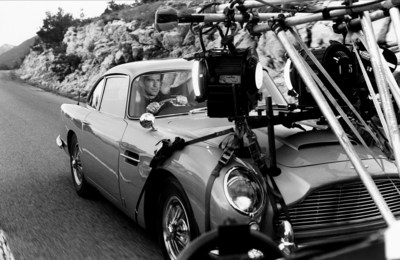 Bond fans worldwide can sign up online at www.spyscape.com/db5 to receive details of an online mission that will offer them a chance to experience driving in the car – either with a professional driver or behind the steering wheel themselves.

"Spying is an important part of our culture in both fact and fiction, and we are thrilled to acquire this iconic part of our cultural universe," said Ian Oldaker, COO of SPYSCAPE.  "We are excited to let spy fans experience this car in person and put themselves in 007's driving seat."

SPYSCAPE inspires ordinary people to do extraordinary things - using real spy stories to see the world more clearly and your own skills to see yourself more clearly.

SPYSCAPE opened an iconic museum & experience in New York City in early 2018. Located two blocks from MoMA, it has quickly become one of the city's most popular venues - it features three elements: (i) a contemporary museum of great spy stories and artifacts,  including an original German Enigma machine, Edward Snowden's BEAM robot and the Stuxnet cyber-weapon which attacked the Iranian Nuclear centrifuges; (ii) immersive, hands-on,  experiences from code-making and code-breaking to Special Ops laser tunnels, from a 360 degree Surveillance mission to high-tech lie-detection booths; (iii) your own individual spy profile - created by a former Head of Training at British Intelligence - telling you which of ten spy roles you're best suited to.