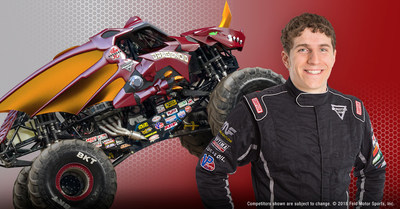 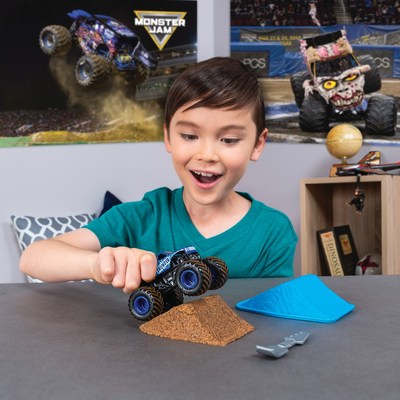 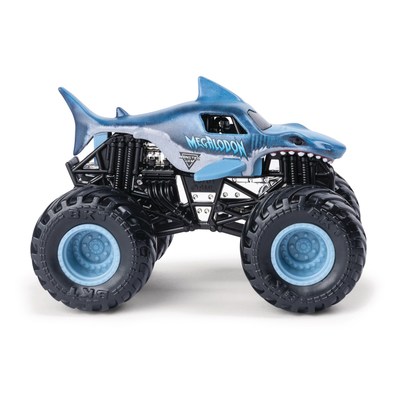 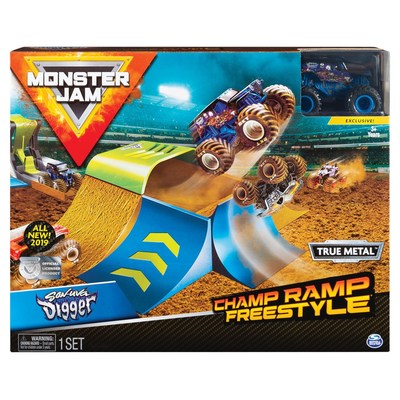 Spin Master is unveiling the first of the official Monster Jam toy line in stores beginning in January. With a commitment to detailed design and an authentic Monster Jam experience, the trucks incorporate realistic features and new technology, giving fans the opportunity to recreate the magic of the stadium show in their own homes.

"We're thrilled to give Monster Jam fans an elevated play experience with the official launch of Spin Master's authentic Monster Jam toy line," says Ben Gadbois, Director, Global President and COO of Spin Master. "Our commitment to continued innovation is reflected in the meticulous details and features of the trucks and the exciting experiences our partnership with Feld creates. We thrive on pushing the boundaries of imagination and fun, and now Monster Jam fans can simulate real action and play beyond the events they know and love."

"The amount of excitement, passion, authenticity and innovation that the Spin Master team is bringing to the Monster Jam brand through more detailed and larger vehicles along with great new play patterns which include the introduction of all new Monster Jam Monster Dirt is inspiring," says Jeff Bialosky, Vice President Licensing and Business Development, Feld Entertainment. "We can see this 10-year partnership going well beyond a decade."

Monster Jam produces 350 events each year across five continents to millions of families in attendance. For the 2019 Monster Jam competition, Spin Master is introducing a new competitor with the Bakugan Dragonoid Monster Jam truck. From the animated series BAKUGAN, which debuted on December 23, this mysterious alien creature is the most powerful in its universe. Fans will recognize the unique aspects of the Bakugan Dragonoid including a prominent horn, sharp teeth and steely eyes that mean business. The Bakugan Monster Jam truck will be called upon to face formidable foes in each Monster Jam competition.

Taking control of the powerful Bakugan Dragonoid for the 2019 season will be Camden Murphy, the 2017 Monster Jam Rookie of the Year. Murphy will be competing in the Stadium Championship Series as he returns after two years of Monster Jam Triple Threat Series competition. Bakugan Dragonoid will debut in Anaheim, California on January 12, 2019. See the expected schedule here.

The Monster Jam larger than life experience continues at over 30 Monster Jam Pit Parties taking place in stadiums and arenas across the United States including the World Finals in May. The experience will include all new authentic Monster Jam products including three scales of the Monster Jam trucks, multiple playsets and Monster Dirt, awesome downhill ramp racing, photo opportunities, remote control racing and more.

About Feld Entertainment, Inc.Feld Entertainment® is the worldwide leader in producing and presenting live touring family entertainment experiences that uplift the human spirit and bring people together. With millions of people in attendance at its shows each year, Feld Entertainment's productions have appeared in more than 75 countries and on six continents to date and include Monster Jam®, Monster Energy Supercross, AMSOIL Arenacross, Disney On Ice, Disney Live! and Marvel Universe LIVE! More information about Feld Entertainment is available online at www.feldentertainment.com.