TORONTO, Dec. 20, 2018 /CNW/ - Spin Master Ltd. (TSX: TOY; www.spinmaster.com) is reigniting the brawling excitement of "BAKUGAN", the global phenomenon that captured kids imaginations a decade ago, with the launch of a newly-evolved anime series, innovative toy line, card game and mobile app. Building on the brand's rich heritage and fan-base, the long-awaited relaunch promises to be one of the largest and most dynamic legacy franchises across the globe. 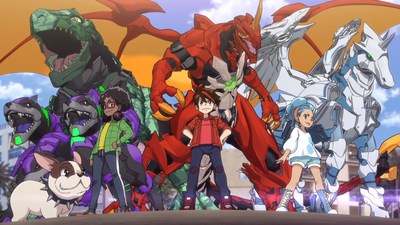 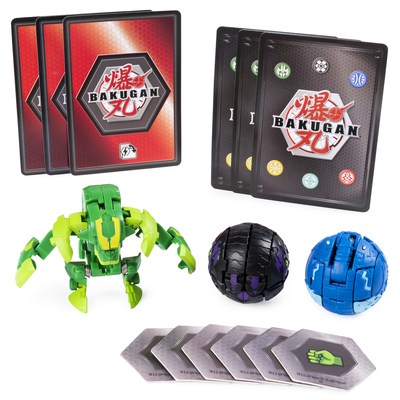 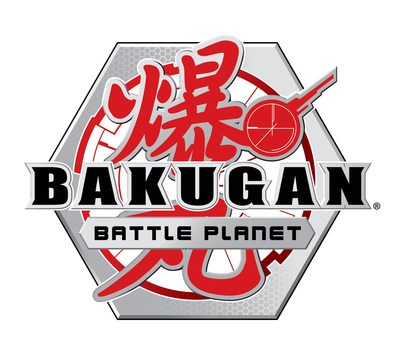 The anime adventure series, "BAKUGAN Battle Planet", launches in North America on Cartoon Network on Sunday, December 23, 2018 and combines the essence of Japanese-anime with progressive computer-generated animation for a powerful viewing experience for kids. Each episode follows a boy named Dan and his group of friends as they forge relationships with mysterious alien creatures known as BAKUGAN. The series will also be available in early 2019 in Europe, Middle East, Africa, Latin America, Australia and New Zealand, and on Teletoon in Canada.

"The original BAKUGAN captured the hearts and minds of millions of children around the world," said Ronnen Harary, Co-Founder, Chairman and Co-CEO of Spin Master. "We've reimagined the entire franchise, carefully maintaining the essence of what enchanted kids ten years ago, with modern entertainment, new toy technology and heightened strategic play. As a company that pushes the boundaries of innovation, we've designed the expanded BAKUGAN line with exciting features that will inspire an entirely new generation of children to watch, collect and battle."

Fans can immerse in the world of BAKUGAN with extended content, sneak peeks and 90-second character webisodes, which introduce each BAKUGAN and their abilities, available online at BAKUGAN.com and on YouTube. Spin Master will further extend the BAKUGAN experience with the launch a new integrated toy line and trading card game in January 2019 at major retailers.  Appealing to a wide range of skill levels, the game brings revolutionary card play for a heightened battling experience. From enhanced technology that transforms each of the marble-like balls into multiple collectible characters when rolled over a magnetic card, to lifelike details on each of the 100 characters, brawlers can bring the BAKUGAN characters they see on screen to life.

For the first time ever, BAKUGAN is available as a mobile app on iTunes and Google Play. The app allows fans to learn, battle and track their collection in the ultimate BAKUGAN fan hub through several interactive features. Fans can refine their skills and BAKUGAN knowledge through tutorial videos, the latest news and information about the TV series, characters and webisodes and a mobile mini game where fans can battle, win and unlock more BAKUGAN.

Brawlers will have a once-in-a-lifetime opportunity to participate in a real-life "BAKUGAN Brawl" through organized play tournaments later in 2019. All skill levels are invited to learn the dynamics of BAKUGAN brawling, participate in onsite tournaments against competitors, and earn the right to battle the Ultimate BakuMaster.

ABOUT CARTOON NETWORK Cartoon Network is Turner's global entertainment brand and the # 1 animation network in the U.S., offering the best in original content for kids and families with such hits as, Adventure Time, The Powerpuff Girls, Steven Universe, We Bare Bears and The Amazing World of Gumball. Seen in 192 countries and over 400 million homes, Cartoon Network is known for being a leader in innovation with its approach to engaging and inspiring kids at the intersection of creativity and technology. Its pro-social initiative, Stop Bullying: Speak Up is an acknowledged and often used resource for kids and adults looking for tools that can assist in dealing with the ongoing issue of bullying.

Turner, a WarnerMedia company, is a global entertainment, sports and news company that creates premium content and delivers exceptional experiences to fans whenever and wherever they consume content. These efforts are fueled by data-driven insights and industry-leading technology. Turner owns and operates some of the most valuable brands in the world, including Adult Swim, Bleacher Report, Boomerang, Cartoon Network, CNN, ELEAGUE, FilmStruck, Great Big Story, HLN, iStreamPlanet, Super Deluxe, TBS, Turner Classic Movies (TCM), TNT, truTV and Turner Sports.