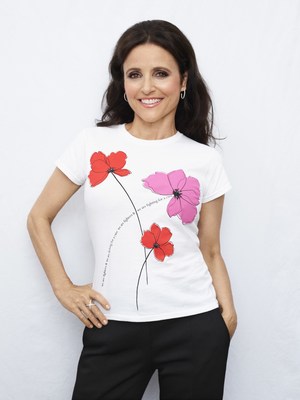 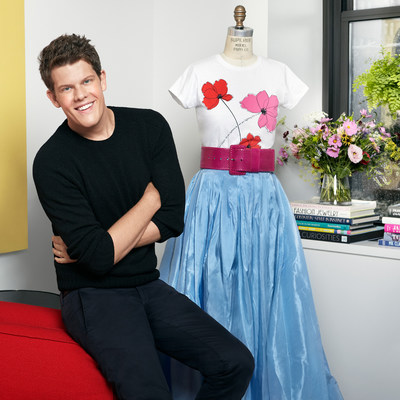 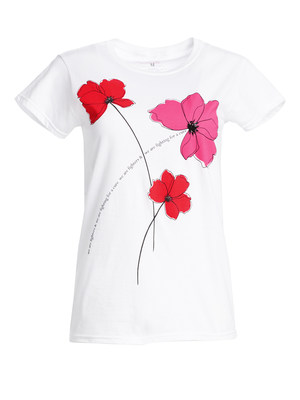 "The 20-year success of Key To The Cure has been fueled by the generosity of our customers and commitment of our ambassadors, designers, partners and internal team. It is incredibly rewarding to see the results―close to $40 million has been donated to cancer research and treatment organizations throughout the United States," said Marc Metrick, President of Saks Fifth Avenue. "We are honored to have Julia Louis-Dreyfus represent our campaign this year―a woman of strength, courage and levity. Together with the support of Julia and the Carolina Herrera Organization, I'm confident our 20th year will be the most successful yet."

Julia Louis-Dreyfus, as the KTTC Ambassador, appears in a 360 degree KTTC campaign, including advertising, a national public service announcement, saks.com and catalog features, an event, video and social media.

"I'm a breast cancer survivor so that is a huge part of my involvement with Saks' Key To The Cure," stated KTTC Ambassador Julia Louis-Dreyfus. "And, I'm absolutely thrilled that the AiRS Foundation is the beneficiary of the sales of the limited edition Key To The Cure t-shirt. Every penny from the t-shirt sales benefits the foundation, which helps women who are unable to afford breast reconstruction surgery post-mastectomy. Additionally, the sentiment on the t-shirt is powerful. I'm very proud of the design, and what it stands for, and most importantly, proud to be a part of this wonderful charitable initiative."

One hundred percent of proceeds from the $35 t-shirt will benefit AiRS Foundation, a non-profit founded by Janet Denlinger and Morgan Hare, women whose success in business motivated them to find a way to give back to our community, as well as internationally-renowned plastic and reconstructive surgeon, Dr. Rod Rohrich. Further, select Saks Fifth Avenue stores will host local events to benefit various cancer charities in their communities.

"AiRS Foundation is so grateful to be a part of this year's Key To The Cure, and for the opportunity to shed light on our organization and mission to help women heal and feel whole again after battling breast cancer," explains Morgan Hare, AiRS Foundation Founder. "As a result of this initiative and the proceeds that will be raised, numerous breast cancer survivors will now be able to get breast reconstruction surgery after having a mastectomy, which they otherwise would not have been able to afford."

Designer Wes Gordon of Carolina Herrera, a house which epitomizes feminine elegance and strength, created the 2018 Key To The Cure exclusive, limited edition t-shirt in partnership with Julia Louis-Dreyfus -- the first KTTC ambassador to do so. The design features bold colored poppies along with the slogan, "We are fighters & we are fighting for a cure," and will be available for purchase from October 1 through October 31 at all Saks Fifth Avenue locations in the U.S. and Canada as well as on saks.com; customers may pre-order the KTTC t-shirt here: saksfifthavenue.com/keytothecure. Gordon will host a public KTTC t-shirt signing at the Saks Fifth Avenue New York flagship (3rd Floor, 611 Fifth Avenue) from 2 to 3pm ET on October 18, 2018.

"I was absolutely honored to work with Julia Louis-Dreyfus and Saks Fifth Avenue to create the design for this year's Key To The Cure shirt. With generous contributions from KTTC and the AiRS Foundation, women and their families are able to receive amazing support during a very difficult time. We are in the fight of breast cancer together," stated Wes Gordon, Creative Director of Carolina Herrera.

As part of the 20th anniversary, Saks partnered with media brand InStyle. To support the charitable cause and help raise awareness for the initiative, InStyle's October 2018 issue includes a feature with KTTC ambassador Julia Louis-Dreyfus and a special editors letter, as well as a KTTC video produced by the brand.

Since the campaign's inception 20 years ago, Saks Fifth Avenue has donated close to $40 million to cancer research and treatment organizations throughout the United States. Organizations that have benefitted from Saks Fifth Avenue's charitable support include Women's Cancer Research Fund (WCRF), Stand Up To Cancer (SU2C), Cleveland Clinic, Boston's Dana-Farber Cancer Institute, Nevada Cancer Institute and many more. Past KTTC ambassadors and designer collaborations have included Jennifer Lopez and Missoni, Halle Berry and Christian Louboutin, Jennifer Aniston and Peter Dundas, Gwyneth Paltrow and Karl Lagerfeld, and Heidi Klum and Michael Kors, among others.

ABOUT SAKS FIFTH AVENUE (@saks) As a leading shopping destination for the all-channel luxury experience, Saks Fifth Avenue is renowned for its coveted edit of American and international designer collections as well as its storied history of creating breakthrough, experiential environments. Its exemplary client service has made Saks a global authority in the category, a focus since the brand's inception in 1924. As part of the HBC brand portfolio, Saks operates in 43 cities across the globe, its online experience―saks.com, and its mobile experience―Saks App. For more information, kindly visit saks.com, Instagram.com/saks, Facebook.com/saks, Snapchat.com/saks_official, and Twitter.com/saks.

ABOUT AiRS FOUNDATION Up to 70% of breast cancer survivors who have had a mastectomy are unsure of or unaware of their reconstruction options, and many of those who desire this surgery do not have sufficient insurance or other resources to cover it. The AiRS Foundation (Alliance in Reconstructive Surgery) is a 501(c)(3) non-profit organization that is dedicated to raising funds to help women with the costs associated with breast reconstruction after mastectomy, as well as connecting them with doctors that can help them. The foundation, which is based in Dallas, TX, also acts as a resource and a support system for women who have lost their breasts as a result of breast cancer; educating them on surgical options, assisting with understanding their health insurance coverage, and offering support every step of the way through their patient advocacy program. Learn more at AiRSFoundation.org.

ABOUT CAROLINA HERRERA Carolina Herrera is a New York-based fashion house recognized for creating beautifully crafted collections synonymous with impeccable style and bold elegance. With the appointment of Wes Gordon as Creative Director in 2018, the House has reinforced its commitment to the strong codes established by the founder; blending traditions of couture craftsmanship with the wearbility and pragmatism of American Fashion. The Carolina Herrera brand and licenses includes a portfolio of ready-to-wear, bridal, eyewear and fragrance as well as accessories for women, men and children. Today, the brand is available in 105 countries at 15,000 points of distribution, including over 350 CH Carolina Herrera and 4 Carolina Herrera New York retail locations. For the latest news from inside the House, visit Carolinaherrera.com and follow Carolina Herrera on Facebook and Instagram.

ABOUT INSTYLE INSTYLE is one of the most successful global fashion media brands, with a cross-platform reach of more than 30 million spanning print, online, digital and social media and live events. As an influential leader at the nexus of celebrity, fashion, beauty and popular culture, INSTYLE includes the signature magazine, with 13 international editions across five continents; INSTYLE.com; and multiple brand extensions, including the annual INSTYLE Awards and the weekly video series "Dirty Laundry."