TORONTO, June 25, 2018 /CNW/ - Roxgold Inc. ("Roxgold" or the "Company") (TSX: ROXG)(OTC: ROGFF) is pleased to announce that the Bagassi South mining decree was approved by the Burkina Faso Council of Ministers. The Bagassi South mining decree is an extension of the existing 2013 mining convention currently in place at the 55 Zone and carries the same terms. The Company is also pleased to provide an update on the progress of the development and construction activities for the Bagassi South Project, the Company's second high-grade underground gold mine. 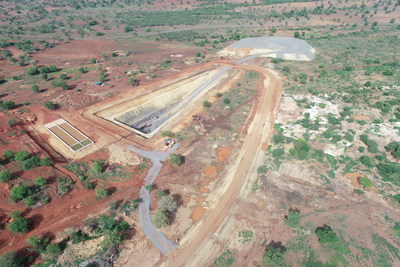 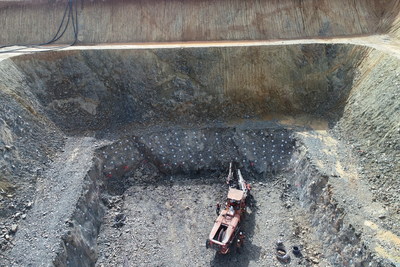 "Construction at Bagassi South has been progressing extremely well and we continue to be on track for delivery of first ore from our second mine expected in the fourth quarter," commented John Dorward, President & CEO. "The process plant expansion is also tracking on schedule where we look forward to increasing Yaramoko's gold production by approximately 40% to 160,000 ounces in 2019."

Development and construction at the Bagassi South project, located 1.8 kilometres south of the Yaramoko processing plant, has been advancing well with overall project completion now at approximately 55%. The boxcut excavation is expected to be fully completed in early July.  Portal ground support activities are nearing completion. The establishment of the collar is expected to be completed the first week of July, at which point the underground development will commence immediately thereafter on schedule.

Surface infrastructure elements are also tracking to schedule and budget.  The haulage road, security building, fencing, settling pond, and TSF embankment raise construction have been completed and the remaining minor surface infrastructure items are expected to be completed by the end of June. In addition, the expansion of a run-off water harvesting facility has also been completed allowing for increased water capacity at the site.

The process plant expansion project, which allows for an increase in through-put from 750 tonnes per day ("tpd") to 1,100 tpd, also continued on schedule. The engineering design and procurement is now completed and fabrication is well advanced. Civils at the plant are completed with Group 5 construction personnel ramping up numbers at site. The overhead power line to Bagassi South is currently under construction and is expected to be completed in early August. The secondary crusher is being manufactured and is expected to be delivered to site in October as planned. Overall project completion is expected in the latter parts of the fourth quarter.

Management ChangesRoxgold also announced today that Yan Bourassa, Vice President, Geology is leaving the Company to pursue new opportunities. The Company has initiated a search process and has engaged CSA Global, which has a long-association with Roxgold and the Yaramoko Gold Project, to ensure continuity with mine geology and exploration activities until a successor is identified for the position.

"On behalf of the board of directors and management of Roxgold, I would like to thank Yan for his contributions over the past two years and wish him the best in his future endeavours," stated John Dorward, President & CEO.

About RoxgoldRoxgold is a gold mining company with its key asset, the high grade Yaramoko Gold Mine, located in the Houndé greenstone region of Burkina Faso, West Africa.  Roxgold trades on the TSX under the symbol ROXG and as ROGFF on OTC.