VANCOUVER, Aug. 2, 2018 /CNW/ - RYU Apparel Inc. ( TSXV: RYU) creator of urban athletic apparel, is pleased to announce the opening of its first USA retail store and the debut of 'Your Universe' campaign.

The new store, located at 1130 Abbot Kinney Boulevard in Venice, California, officially opens its doors this morning, August 2nd, 2018, and joins the community of prominent brands that have come to define the street as a shopping destination. Abbot Kinney, named "coolest neighborhood in North America" (GQ), is the place "where LA meets NYC, Portland and Chicago: where cool meets urbane" (Forbes) offers a variety of shopping opportunities attracting both locals and global tourists.

"We are beyond excited to announce the opening of our first retail store in the United States," says Marcello Leone, CEO. "This is an exciting day for RYU as Abbot Kinney Boulevard is one of the top streets worldwide, known for retail and for lifestyle, and it's one of those places that define modern brands. It is the perfect place for RYU to be as it's a vibrant, athletically-minded community."

Coinciding with the Venice opening, RYU is proud to debut 'Your Universe' – a campaign that will be spread through all the classic and innovative channels, aimed to encourage and celebrate individuality and to explore different motivations for fitness. This sentiment comes to life through six up and coming urban cult figures that include a dancer, a drummer, an artist, a photographer, a personal trainer and a make-up artist. All have different universes and different motivations to keep fit.

Jess 2 Sick is a dancer, choreographer, filmmaker, and creative curator. She spent her formative years in Seattle competition in the city's street battle circuit before moving to New York to broaden her creative work.

Cory Vanderploeg is a photographer and filmmaker that has worked with brands including Thom Browne, Vogue, L'Oreal, The Coveteur, Veuve Clicquot, and more. Born in Toronto, Canada, Cory moved to New York to work with Platon and pursue his own, much-sought-after photographic work.

Mimi Quiquine is a makeup artist and visual creative. Led by a keen visual eye and playfulness with color, she has worked with brands including Louis Vuitton, Nike, Vice, Fader, Vogue, Stussy, and more. Originally from England, Mimi moved to New York to pursue her work.

Ariella Freid is a fitness trainer. A former dancer that battled injuries throughout her career, Ariella became a trainer to help strengthen her body and help others move without pain.

Lefty is a street artist and painter. Best known for his intricately-laid out squiggles, Lefty combines a fine art attention to form with an aggressive, invasive aesthetic. His lines now encompass large scale installations, numerous national campaigns, and the forefront of virtual creativity. Beyond his native city of Chicago, Lefty's marks have reached cities all over the US, Europe, and Asia with the ultimate intention to cover everything.

Pauli the PSMPauli the PSM is a multi-instrumentalist and creative best. He began his career as an award-winning drummer and key member of Gorillaz. Pauli branched out, crafting his own music and music directing for artists including Jamie XX and FKA Twigs. In 2017, Pauli released his "visual EP," titled "The Idea of Tomorrow" to critical success.

The campaign will roll out in store, online, on RYU's social channels, and in an outdoor ad campaign.

About RYURespect Your Universe is an award winning urban athletic apparel and accessories brand engineered for the fitness, performance and lifestyle of athletically minded men and women. Innovatively designed without compromise and tailored for fit, comfort, and durability, RYU exists to facilitate human performance. For more information, visit: http://ryu.com 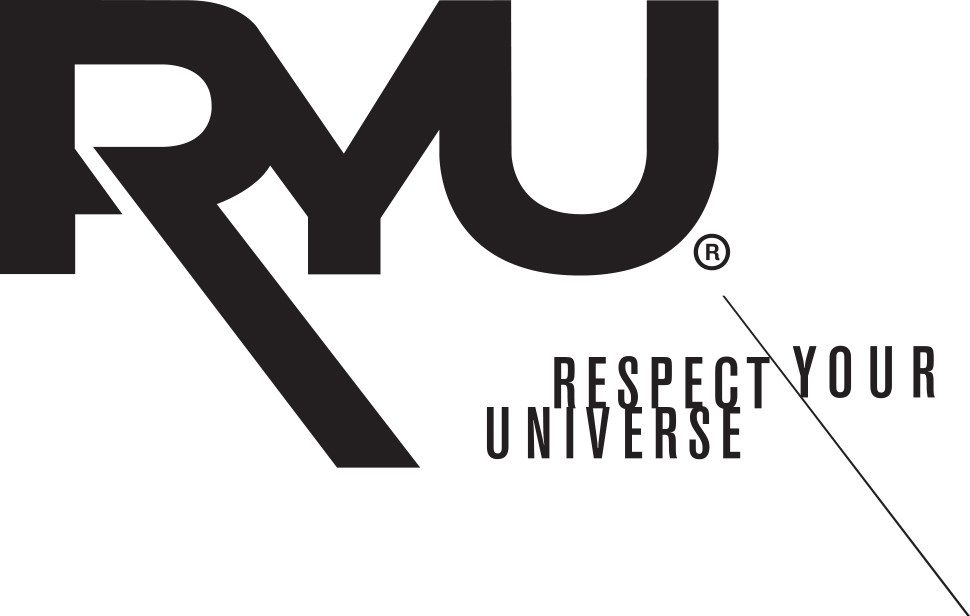