The shortlist and jury citations for the 2018 RBC Taylor Prize are: 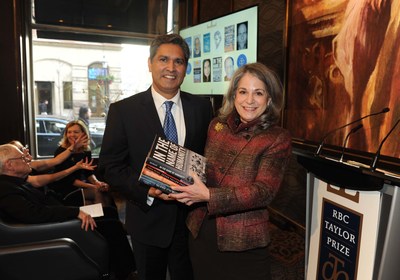 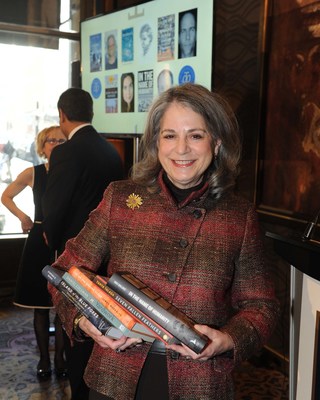 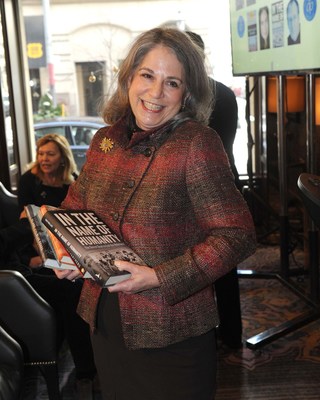 Of the book, the jury wrote: "Cartographer and explorer Vitus Bering ended his life on a barren Aleutian island while his shipwrecked crewmates fought off vicious blue foxes, the elements and scurvy. The hardships and privations of the explorers, scientists, labourers and horses, sent across Russia by Peter the Great to seek a route to North America beggar the imagination. They built their own roads, ships and a new kind of social order, and made enduring discoveries, all in the teeth of monstrous winds, seas, storms, bureaucracy — and hungry little foxes."

Yardwork: A Biography of an Urban Place by Daniel Coleman (Hamilton, ON), published by Wolsak and Wynn

Of the book, the jury wrote: "Daniel Coleman explores the world from a small patch of land at the back of his house, a mini-empire between Coote's Paradise Marsh and Hamilton Harbour. In vivid, exacting prose, Coleman tells us of the moods and beauty of the Niagara Escarpment, the paths of local animals, the wayward tricks of the water table, the rich indigenous history of the area, and of our modern inroads into the environment — highways, houses, slag and built culture. This is a masterpiece of nature writing, reimagining civics and possibilities, as Coleman surveys what he understands is 'a holy land right here' behind his house and beneath his feet."

Life on the Ground Floor: Letters from the Edge of Emergency Medicine by James Maskalyk (Toronto, ON; Addis Ababa, ETHIOPIA), published by Doubleday Canada

Of the book, the jury wrote: "Starting with A is for Airway, physician and humanitarian James Maskalyk leads us through the many ways in which our bodies sustain and fail us, and how we become better able to tend — and attend — to each other. This book is a study in contrasts. Medicine as practiced in a world-class Toronto hospital — and at bare bones clinics in Sudan and Ethiopia. Maskalyk's busy life as a healer in a Canadian city and in Africa — and his grandfather's quiet work on a farm and trap line. For Maskalyk, 'Medicine is life caring for itself' and is 'the greatest story'."

Seven Fallen Feathers: Racism, Death, and Hard Truths in a Northern City, by Tanya Talaga (Toronto, ON), published by House of Anansi Press

Of the book, the jury wrote: "Talaga has written Canada's J'Accuse, an open letter to the rest of us about the many ways we contribute — through act or inaction — to suicides and damaged existences in Canada's indigenous communities. Tanya Talaga's account of teen lives and deaths in and near Thunder Bay is detailed, balanced and heart-rending. Talaga describes gaps in the system large enough for beloved children and adults to fall through, endemic indifference, casual racism and a persistent lack of resources. It is impossible to read this book and come away unchanged."

In the Name of Humanity by Max Wallace (Toronto, ON) published by Allen Lane Canada.

Of the book, the jury wrote: "As World War II drew to an end, Hitler intended further mass slaughter while other Nazi leaders scrambled to cover up evidence of genocide. Max Wallace's gripping account of the tense endgame of the Nazi nightmare is told in meticulous detail and with great compassion, culminating in the astonishing story of a Jewish freedom fighter bargaining for the salvation of the survivors with the devil himself, the architect of the killing camps, Heinrich Himmler."

Noreen Taylor, founder of the Prize and chair of the Charles Taylor Foundation, spoke at the event and made these comments: "I am, yet again, staggered by the breadth and power of our storytellers, and the appetite of Canadian readers for stories about ourselves, about our neighbours, about our shared earth, and the historical and current challenges we all face. This simultaneous reaching outward and examining inward is part of what makes this country so strong."

Also in attendance was Vijay Parmar, president of RBC PH&N Investment Counsel, who added: "On behalf of RBC Wealth Management, congratulations to each of the authors who have been named on this year's shortlist. As finalists, they join an impressive list of talented writers. We are very proud to sponsor the RBC Taylor Prize as it continues to celebrate and inspire exceptional talent from across the country. The Prize plays a very important role in promoting literary excellence in Canadian non-fiction on a global scale, as well as developing the careers of the authors it celebrates."

Public events already confirmed for the finalists include a free 90-minute Round Table Discussion with the shortlisted authors in the Lillian Smith Library on February 22, 2018 at 7pm presented by the Toronto Public Library and the IFOA; and the Ben McNally Authors Brunch on Sunday February 25, at the Omni King Edward Hotel in downtown Toronto (for tickets, please contact Ben McNally Books at (416) 361-0032 or visit benmcnallybooks.com).

The RBC Taylor Prize winner will be revealed at a gala luncheon on Monday February 26, 2018. The Prize luncheon will once again be held at the Omni King Edward Hotel in downtown Toronto.

About The RBC Taylor Prize

Established in 1998 by the trustees of the Charles Taylor Foundation and first awarded in 2000, 2018 marks the seventeenth awarding of the RBC Taylor Prize, which commemorates Charles Taylor's pursuit of excellence in the field of literary non-fiction. Awarded to the author whose book best combines a superb command of the English language, an elegance of style, and a subtlety of thought and perception, the Prize consists of $30,000 for the winner and $5,000 for each of the remaining finalists. All authors are presented with a custom leather bound version of their shortlisted book at the awards ceremony. All finalists receive promotional support for their nominated titles.

Sharing a commitment to emerging Canadian talent, The Charles Taylor Foundation and RBC will also grant the fifth annual RBC Taylor Prize Emerging Writers Award. Shortly after the announcement of the 2018 Prize, its winner will name their choice of emerging author to receive this $10,000 award.

The presenting sponsor of the RBC Taylor Prize is RBC Wealth Management. Its media sponsors are The Globe and Mail, Cision, Maclean's magazine, Quill & Quire magazine; its in-kind sponsors are Ben McNally Books, Event Source, IFOA, The Omni King Edward Hotel, and the Toronto Public Library Board. Open Book and Huffington Post Canada are Friends of the Prize.

To download high-resolution images of the shortlisted authors and their book covers please go to: www.rbctaylorprize.ca/2018/rbctp_2018_finalist_covers_and_authors.zip