- Office to house over 100 tech workers at capacity

The expansion into Canada will allow Quicken Loans and its Family of Companies to recruit top talent from Windsor, Toronto, Waterloo and all of Ontario to support the company's growing need for additional technology talent. 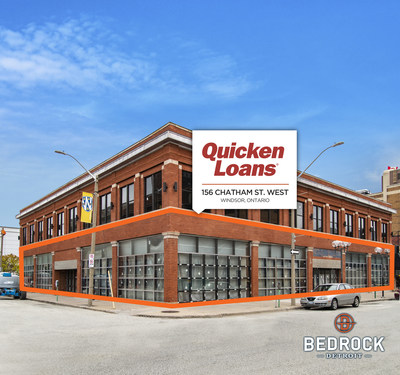 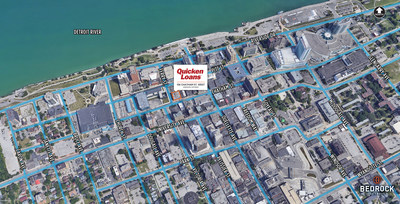 "We learned a lot more about Ontario's deep technology talent pool over the past couple of years as we explored pitching the international border of Windsor/Detroit to various companies," said Jay Farner, CEO of Quicken Loans. "As Quicken Loans continues to grow and set the standard for innovation, we remain focused on recruiting additional technology talent to our brainforce.  With our headquarters located in downtown Detroit, we have a tremendous opportunity to tap into the rich technology pipeline both stateside and in Canada."

Quicken Loans and the Family of Companies will lease more than 9,000 square feet of office space in the Old Fish Market Building.  Renovation of the new location is expected to be completed in the first or second quarter of 2019. The company plans to grow the office to more than 100 tech workers.

"We are excited that Quicken Loans and its Family of Companies have made the decision to open an office in downtown Windsor.  The relationship we developed recently with them as we jointly pursued various technology companies to our international border cities helped us share the strong value proposition of Windsor," said Windsor Mayor, Drew Dilkens.  "Quicken Loans is an amazing company with a great work culture.  We look forward to working closely with them in the months and years ahead as they grow their presence in our city."

Quicken Loans currently does not offer mortgages in the Canadian market, although it has publicly stated its interest in learning about the Canadian home mortgage market.  This will be the second foray into Canada for the Detroit-based home lender. In 2016, Rocket Homes, a subsidiary of the same holding company as Quicken Loans (Rock Holdings Inc.), purchased Toronto-based OpenHouse Realty - a company specializing in the development of proprietary home and real estate agent search technology.

Quicken Loans has also appeared in the top-30 of FORTUNE magazine's list of the 100 Best Companies to work for 15 consecutive years, and has been named the #1 place to work in technology six consecutive years by Computerworld magazine.  More workplace award information can be found at www.quickenloans.com/press-room/fast-facts/.

Terms of the lease agreement were not made available.

Detroit-based Quicken Loans Inc. is the nation's largest home mortgage lender. The company closed more than $400 billion of mortgage volume across all 50 states from 2013 through 2017. Quicken Loans moved its headquarters to downtown Detroit in 2010. Today, Quicken Loans and its Family of Companies employ more than 17,000 full-time team members in Detroit's urban core. The company generates loan production from web centers located in Detroit, Cleveland and Phoenix. Quicken Loans also operates a centralized loan processing facility in Detroit, as well as its San Diego-based One Reverse Mortgage unit. Quicken Loans ranked highest in the country for customer satisfaction for primary mortgage origination by J.D. Power for the past eight consecutive years, 2010 – 2017, and also ranked highest in the country for customer satisfaction among all mortgage servicers the past five consecutive years, 2014 – 2018.

Quicken Loans was once again named to FORTUNE magazine's "100 Best Companies to Work For" list in 2018 and has been included in the magazine's top 1/3rd of companies named to the list for the past 15 consecutive years. In addition, Essence Magazine named Quicken Loans "#1 Place to Work in the Country for African Americans."

Detroit-based Bedrock is a full-service real estate firm specializing in acquiring, developing, leasing, financing, and managing commercial and residential buildings. Since its founding in 2011, Bedrock and its affiliates have invested and committed more than $5.6 billion to acquiring and developing more than 100 properties, including new construction of ground up developments in downtown Detroit and Cleveland totaling more than 18 million square feet.

Bedrock's real estate portfolio consists of more than 330 office and retail tenants in Detroit's technology-centric downtown. Additionally, Bedrock is dedicated to creating jobs and investing in job training. Over the last year, the company has invested in both the Randolph Technical Center and the Breithaupt Career and Technical Center in Detroit to build a pipeline of talent for Detroit's growing economy. For more information, visit bedrockdetroit.com or engage with us on Twitter @BedrockDetroit and Facebook.

SOURCE Quicken Loans and its Family of Companies

Quicken Loans and its Family of Companies