FORT SASKATCHEWAN, AB, May 23, 2019 /CNW/ - In less than four years, the Quest carbon capture and storage (CCS) facility has captured and safely stored four million tonnes of CO2, ahead of schedule and at a lower cost than anticipated. Four million tonnes of CO2 is equal to the annual emissions from about one million cars. Quest has now stored underground the most CO2 of any onshore CCS facility in the world with dedicated geological storage. 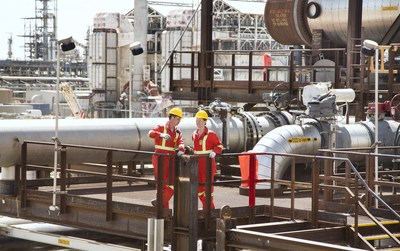 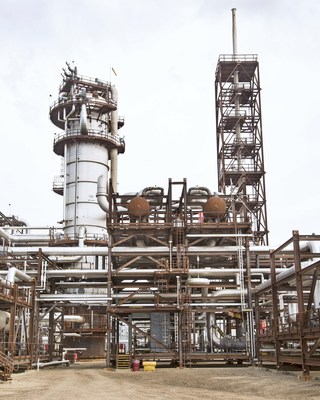 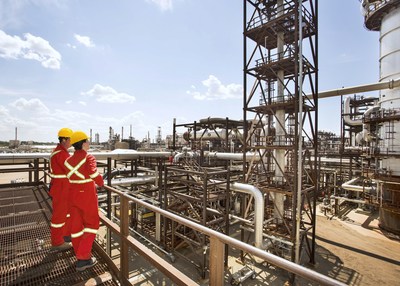 "Quest continues to show the world that carbon capture and storage (CCS) is working, its costs are coming down and that Canadians are leaders in CCS," said Michael Crothers, Shell Canada President and Country Chair. "If Quest were to be built today, we estimate it would cost about 20-30% less to construct and operate. With our know-how, strong regulatory frameworks and ideal geology, Canada is uniquely positioned to capitalize on CCS technology."

Quest is operating at a lower cost thanks to a variety of factors including lower variable costs, capture reliability and reduced storage costs. To help encourage wider use of CCS technology around the world and bring down future costs of building CCS facilities, the designs, certain intellectual property and data from Quest are publicly available. This is due to Quest's government funding arrangement, which is tied to knowledge sharing commitments to benefit future CCS projects.

"While Quest has benefited from significant government funding, the rapid learning curve and cost reductions are making CCS increasingly self-sufficient," added Crothers. "Industry is looking at carbon capture utilization and storage (CCUS), which could provide the ability for projects to be self-funded if they are able to generate revenues from CO2. Currently, CCUS for enhanced oil recovery (EOR) is the most commercially viable option to progress self-funded carbon capture."

Since its start up in late 2015, the capture process at Quest has also worked better than anticipated, helping the facility exceed its target of capturing one million tonnes of CO2 per year. The facility is also safely storing the CO2 deep underground better than expected. The geological formation used for storage, which is prevalent across much of Western Canada, is demonstrating incredible capacity for CO2 injection.

Quest is world's first commercial-scale CCS facility applied to oil sands operations and is operated by Shell on behalf of the Athabasca Oil Sands Project (AOSP). The respective ownership interests of AOSP assets in aggregate, directly and indirectly, are 70% Canadian Natural Resources Limited and an affiliate, 20% Chevron Canada Limited and 10% Shell Canada Limited through certain subsidiaries.

The companies in which Royal Dutch Shell plc directly and indirectly owns investments are separate legal entities. In this release "Shell", "Shell group" and "Royal Dutch Shell" are sometimes used for convenience where references are made to Royal Dutch Shell plc and its subsidiaries in general. Likewise, the words "we", "us" and "our" are also used to refer to Royal Dutch Shell plc and its subsidiaries in general or to those who work for them. These terms are also used where no useful purpose is served by identifying the particular entity or entities. ''Subsidiaries'', "Shell subsidiaries" and "Shell companies" as used in this release refer to entities over which Royal Dutch Shell plc either directly or indirectly has control. Entities and unincorporated arrangements over which Shell has joint control are generally referred to as "joint ventures" and "joint operations", respectively.  Entities over which Shell has significant influence but neither control nor joint control are referred to as "associates". The term "Shell interest" is used for convenience to indicate the direct and/or indirect ownership interest held by Shell in an entity or unincorporated joint arrangement, after exclusion of all third-party interest.

We may have used certain terms, such as resources, in this release that the United States Securities and Exchange Commission (SEC) strictly prohibits us from including in our filings with the SEC.  U.S. Investors are urged to consider closely the disclosure in our Form 20-F, File No 1-32575, available on the SEC website www.sec.gov.