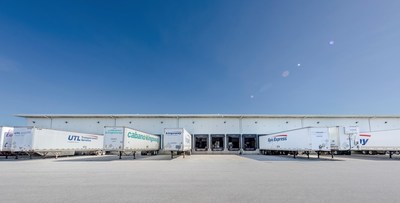 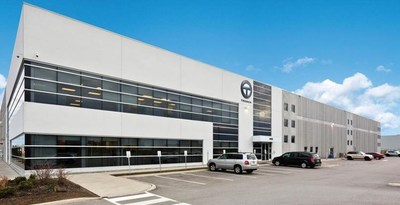 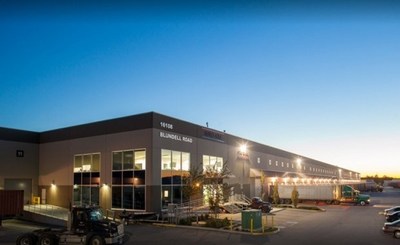 Key highlights of the acquisitions include:

The Mississauga and Montreal Acquisitions closed in September 2017 and were funded with existing cash on hand and with net proceeds from the Unsecured Term Loan disclosed herein. The remaining two assets previously disclosed in the July 2017 announcement remain conditional.

On August 30, 2017 the Trust completed the previously announced acquisition of a 190,000 SF industrial asset and an adjacent 4.5 acre parcel of land located at 1865 & 1875 Clements Rd., Pickering, Ontario (the "GTA East Acquisition") for a purchase price of $24.0 million, representing a going-in capitalization rate of 5.3% and a price per SF of $118 for the income-producing asset. The GTA East Acquisition was financed with existing cash on hand.

On September 7, 2017, the Trust closed the previously announced acquisition of a 268,000 SF distribution facility located at 16108 Blundell Road in Richmond, British Columbia (the "Richmond Acquisition") for a purchase price of $32.6 million, representing a going-in capitalization rate of 5.9% (inclusive of rental payments related to a 49-year ground lease with the Vancouver Port Authority) and a price per SF of $122. The Richmond Acquisition was financed with existing cash on hand.

On September 29, 2017, the Trust entered into a $150 million unsecured term loan facility and drew $125 million at closing and has the option to draw the remaining $25 million within six months (the "Unsecured Term Loan"). The Unsecured Term Loan matures on February 28, 2023 and bears interest at investment grade levels.

IMPACT OF THE TRANSACTIONS

Following the acquisitions and the disposition described herein, the Trust expects the following changes to the Trust's top 10 tenants as a percentage of total revenue:

"Pre Transactions" figures represent the Trust's portfolio as at Q2 2017 including subsequent events as disclosed in the Trust's 2017 Q2 Financial Statements and Management Discussion and Analysis dated on Aug 9, 2017, the Richmond Acquisition as outlined in the news release dated June 15, 2017, the transactions outlined in the news release dated August 21, 2017, and excludes assets held for sale.

Kevan Gorrie, President and Chief Executive Officer, commented, "We are pleased to close the transactions noted above.  The properties represent exceptional location and scale in key Canadian markets, and they are leased to leading transportation and logistics providers on long-term leases, which will provide further stability and growth to our cash flow and increase our concentration in Toronto and Vancouver, two of our primary target markets.  Furthermore, the new unsecured facility announced today, on favourable terms in line with investment grade pricing, will provide additional liquidity for future strategic acquisitions and development."

The Trust is an unincorporated, open-ended investment trust that owns and operates a diversified portfolio of income-producing industrial properties in leading markets across Canada and key distribution and logistics markets in the United States. The Trust is an internally managed REIT and is one of the largest publicly-traded REITs in Canada that offers investors exposure to industrial real estate assets in Canada and the United States.

Additional information about the Trust is available at www.piret.ca or www.sedar.com.

The Trust prepares and releases unaudited quarterly and audited consolidated annual financial statements prepared in accordance with IFRS (GAAP). The Trust may disclose and discuss certain non-GAAP financial measures, including AFFOPU and capitalization rate. The non-GAAP measures are further defined and discussed in the MD&A dated August 9, 2017, available on SEDAR at www.sedar.com, which should be read in conjunction with this release. Since AFFOPU and capitalization rate are not determined by IFRS, such measures may not be comparable to similar measures reported by other issuers. The Trust has presented such non-GAAP measures as management believes these measures are a relevant measure of the ability of the Trust to earn and distribute cash returns to Unitholders and to evaluate the Trust's performance.  These non-GAAP measures should not be construed as alternatives to net income (loss) or cash flow from operating activities determined in accordance with GAAP as an indicator of the Trust's performance. Please refer to "Additional IFRS Measures and Non-IFRS Measures" in the Trust's MD&A.

The forward-looking statements contained in this news release represent the Trust's expectations as of the date hereof, and are subject to change after such date. The Trust disclaims any intention or obligation to update or revise any forward-looking statements whether as a result of new information, future events or otherwise, except as required under applicable securities regulations.

THE TORONTO STOCK EXCHANGE HAS NOT REVIEWED AND DOES NOT ACCEPT RESPONSIBILITY FOR THE ADEQUACY OR THE ACCURACY OF THIS RELEASE.

Pure Industrial Real Estate Trust is an unincorporated, open-ended investment trust that owns and operates a diversified portfolio of income-producing industrial properties in leading markets across Canada and key distribution and logistics markets in the United States. The...