TORONTO, April 17, 2018 /CNW/ - Today, the Toronto Police Service and Special Olympics Ontario, with the support of the Province of Ontario, and the City of Toronto, announced Toronto will act as the host city for the first-ever Invitational Youth Games (IYG) #YouthGames2019, May 14-17, 2019. 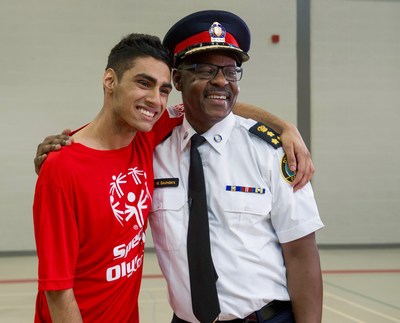 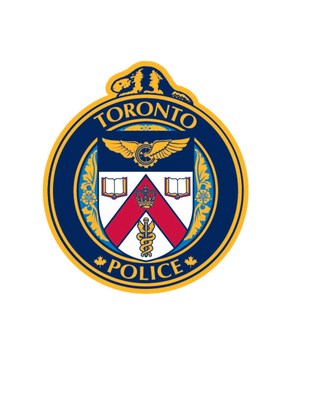 An estimated 2,500 participants from around the world, including school-aged athletes, ages 13-21, from Canada the U.S., and their coaches, will join in these ground-breaking games where athletes with intellectual disabilities will compete against one another and alongside their mainstream peers through Unified sports. Toronto Police Service will act as the host organization for the games. Toronto Police Chief Mark Saunders was also announced as the Honorary Chair.

Modelled after the highly successful Ontario-wide School Championship Program, first launched by Special Olympics Ontario in 2011, the IYG will serve as a landmark event during the 50th anniversary year of the Special Olympics movement (June 2018-June 2019).

The games will feature five sports: basketball, bocce, floor hockey, track and field and soccer. All five will offer two types of team divisions: a traditional division, where athletes on the team have an intellectual disability, and, a unified division, where athletes with and without and intellectual disability will have the opportunity to compete on the same team. All sports will be broken down into multiple ability divisions, where athletes will have the opportunity to compete against those of similar ability levels. In addition to sports competition, athletes can also take part in the Healthy Athletes program, a worldwide initiative that provides screening and education across 7 different health disciplines, with the overall goal of increasing the health and well-being of Special Olympics athletes.

The games are expected to create a first-of-its-kind sporting blueprint for athletes across the country and around the globe for decades to come. Four key pillars have been specifically named as central to the IYG games sharing of best practices and legacy-building, namely: A Youth Leadership Summit; an Observers Program; National Coaching Certification Program (NCCP) Training, and a Sport for Youth with Disabilities Leadership Conference.

Enabled by support from the Province of Ontario, the City of Toronto, and host organization the Toronto Police Service, the IYG will showcase Toronto on the world stage. It is also forecasted that the games will contribute an estimated $7M* in economic activity for the City/GTA while also creating a first-of-its-kind sporting event. In addition to community building, the games are poised to become part of a rich history of innovation emanating out of the province beginning with the truly ground-breaking research by Dr. Frank Hayden, that paved the way for what is now a global movement.

Law enforcement, including the Toronto Police Service, and Honorary Chair Toronto Police Service Chief, Mark Saunders, will play a critical role in supporting and enabling the games, building on a 30-year relationship with Special Olympics which began with Toronto hosting the very first Law Enforcement Torch Run (LETR) in Canada in 1987.

The games will officially open at Metro Toronto Convention Centre May 14, 2019. Admission to all events is free. Details on how to attend an event(s) will be available via the games website.

The Honourable Daiene Vernile, Minister of Tourism, Culture and Sport "Special Olympics Ontario is supporting young athletes in developing their skills to lead a healthy active life and meet new friends along the way. The investment we're making will build on the Special Olympics legacy of improving the overall quality of life for people through the transformative power of sport."

The Honorable John Tory, Mayor, City of Toronto"Toronto is known as a world-class destination for culture, sports, and tourism and as a welcoming city that embodies and embraces diversity and inclusion. It's incredibly fitting these games will bring together our great city, across multiple venues, in celebration of athletes from around the world."

Mark Saunders, Chief of Police, Toronto Police Service, Honorary Chair, 2019 Invitational Youth Games "For decades law enforcement in Toronto, and around the world, has been an active advocate, fundraiser, and supporter of Special Olympics. It is with the utmost pride that the Toronto Police Service will host these games and bring their powerful unifying message to life."

Brian Etherington, Chair, the IYG Advisory Committee"There's no other forum like the Youth Games. Athletes, with and without intellectual disabilities, will benefit from a unique model which allows them to compete against peers while creating lasting memories and friendships in and out of sport. These games will help chart a new and exciting future for the movement."

The Special Olympics Ontario Invitational Youth Games, held in Toronto May 14-17, 2019, will unite 2,500 student athletes (ages 13-21), with and without intellectual disabilities, from around the world, and their coaches.  Hosted by the Toronto Police Service, with the support of the Province and the City of Toronto, the #YouthGames2019 will create a worldwide sporting and communal legacy during the 50th Anniversary year of the Special Olympics movement.

Note to editors: A full suite of images and incremental digital assets are available online.