VANCOUVER, Nov. 7, 2016 /CNW/ - Canasil Resources Inc. (TSX-V: CLZ, DB Frankfurt: 3CC, "Canasil" or the "Company") is pleased to announce that Orex Minerals Inc. (TSX-V: REX, "Orex") has commenced a new round of diamond drilling on the Sandra-Escobar Silver Project in northern Durango State, Mexico. This Phase-IV drilling program will utilize two drill rigs and consist of approximately 4,000 metres in 10 to 15 drill holes. The project is being advanced by Orex under an option agreement with Canasil announced on September 15, 2015.

To date, Orex has drilled 8,372 metres in 62 diamond drill holes in the southeastern region of the project. The first 59 holes formed the basis for an initial Resource Estimate on the "Boleras Silver Deposit". At a "Base Case" of 45 g/t Ag cut-off, the Inferred Resource Estimate* yielded 9.8 million tonnes grading 106 g/t Ag for a total of 33.3 million ounces of silver (See Canasil news release of 31 October, 2016).

Canasil President, Bahman Yamini commented, "We are pleased to see the start of a significant Phase-IV drill program at the Sandra-Escobar project with two drill rigs in operation. We look forward to the results from this next exploratory phase of core drilling, which is planned to include drilling adjacent to the current Boleras Silver Deposit, as well as several deeper reconnaissance drill holes."

True thicknesses are estimated based on structural and stratigraphic interpretations. An updated drill-hole location map is available on the Canasil website.

* Note: Mineral Resources are not Mineral Reserves and do not have demonstrated economic viability.The Mineral Resource was estimated by Mining Plus Consultants with an Effective Date of October 25, 2016.

Silver mineralization is hosted in a rhyolite volcanic dome. In this area an altered and highly permeable crystal lithic tuff unit contains disseminations of silver bearing minerals with broadly spaced stockwork veinlets. The current working model has a porphyritic rhyolite unit, with andesite sills, as an impermeable cap, which may have focused mineralizing fluids into the host permeable volcanoclastic unit.

The drill program is being managed by Orex and the above results were prepared by and provided by Orex. Orex maintains a QA/QC sampling protocol for the diamond drilling program, including the insertion of commercial analytical standards and blank samples. Analytical testing has been performed by SGS Minerals Services and Bureau Veritas. Silver values are determined by fire assay with a gravimetric finish. Multi-element analyses are also determined using a 4-acid digestion and ICP-MS (Inductively Coupled Plasma Mass Spectrometry).

The Sandra-Escobar project is located 200 km northwest of the City of Durango, Mexico, in the heart of the "Mexican Silver Trend", with excellent access and infrastructure. This prolific trend hosts some of the world's largest silver camps and deposits with many past and present producing mines and significant silver-gold deposits. The Sandra-Escobar project area covers over 6,333 hectares of mineral concessions with multiple mineralized epithermal veins and breccia structures. These veins and structures form a high level silver-gold-base metals system, hosted in andesitic and rhyolitic rocks, centered on a large rhyolite dome complex in the north with silver-dominant systems around smaller rhyolite dome complexes to the southeast, all within a large caldera complex. Intense alteration zones and fluid flooding in permeable formations indicates the presence of bulk tonnage targets. Under the terms of the agreement dated September 15, 2015, Orex has an option to earn up to 65% interest in the project through total cash and share payments of $1,000,000 and exploration expenditures of US$4,000,000 over five years. 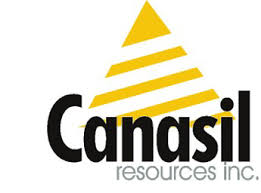