The art of promoting the career of a Québec artist

QUÉBEC CITY, May 29, 2018 /CNW Telbec/ - The Musée national des beaux-arts du Québec (MNBAQ), in collaboration with its financial partner RBC, is pleased to announce that artist Numa Amun is the recipient of the third MNBAQ Contemporary Art Award, a unique biennial award in Canada. The prestigious award includes the organization of a solo show at the MNBAQ, a retrospective publication, and the acquisition of works by the artist worth $50 000 for the MNBAQ's collection. This year, for the first, the five finalists are sharing the $10 000 cash grant. The members of the selection committee were very enthusiastic about the remarkable work of Numa Amun and the other four finalists, Nicolas Grenier, Jennifer Lefort, Geneviève et Matthieu and Jacqueline Hoàng Nguyên. 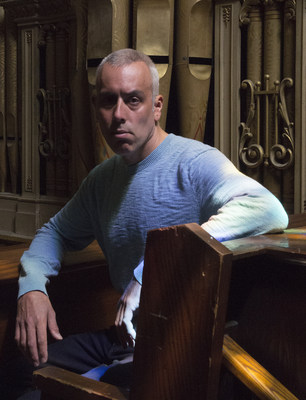 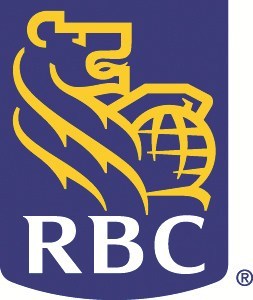 The significant contribution of RBC, which, like the MNBAQ, strives to support the professional development of the winner and contribute to it, has given the artist's career a new impetus. "RBC is pleased to collaborate with the MNBAQ for the third Contemporary Art Award, which fosters the emergence of new Québec talents and, above all, the discovery of singular artistic worlds. In our capacity as a financial partner, we are especially proud to be associated with it, since at the same time we are showcasing Québec art and participating in the enrichment of the MNBAQ's collection," noted André Labbé, Vice-President, RBC.

Numa Amun's work displays a magnetic precision and stems from a skillful blend of figurative abstractions and optical illusions. While it appears to result from digital manipulations, the artist's painting owes nothing to digital technology. The rendering of his work results from extraordinary meticulousness and creates contemplative meditations and questioning by viewers subjugated by so much precision.

The MNBAQ is proud to welcome Numa Amun to the museum. "Following very lively debate, we concluded that Numa's work, which is produced over considerable time and can also be appreciated over time, either through a thorough examination of the works or the discovery of the links that unite each of the elements of a given project, warranted closer examination. We are delighted to support the artist's practice and thus influence his professional development," Annie Gauthier, Director of Collections and Research at the MNBAQ, noted enthusiastically.

Numa Amun will thus benefit from an initial monograph and his first solo exhibition in a museum, since the award seeks to encourage and support the career of an artist worthy of broader recognition for the quality and relevance of his artistic research.

The first jury, which selected the five finalists, comprised Maxime Coulombe, a Université Laval professor of art history specializing in contemporary art; artist David Elliott, a member of the external acquisition committee of the MNBAQ; Ji-Yoon Han, an exhibition curator at the Darling Foundry in Montréal; Marie-Hélène Leblanc, Director of the Galerie UQO at the Université du Québec en Outaouais; Dominique Sirois-Rouleau, art critic, independent curator and lecturer at the UQAM; and Bernard Lamarche, Curator of Contemporary Art (2000 to the present) at the MNBAQ.

The second jury, which met on March 28, 2018, comprised Annie Gauthier, Director of Collections and Research at the MNBAQ; Christine Conciatori, Director of Exhibitions and Mediation at the MNBAQ; artist David Elliott, a member of the first jury and a member of the external acquisition committee of the MNBAQ; and Bernard Lamarche, Curator of Contemporary Art (2000 to the present). Bernard Lamarche will act as curator of the artist's solo exhibition, to be held in the spring of 2019 at the MNBAQ. The monograph related to the award will be launched at the same time.

It should also be noted that in the spring of 2013, the MNBAQ and its foundation announced a substantial $400 000 grant from RBC to create the MNBAQ Contemporary Art Award intended for Québec artists. The first award highlighted the work of artist Diane Morin, whose exhibition and the monograph that accompanied it were presented in April 2015. The second award paid tribute to the work of artist Carl Trahan, whose exhibition and publication were presented in April 2017.

Numa Amun was born in 1974 in Montréal, where he is now living and working. A graduate of the UQAM (bachelor's degree) in 1998 and Concordia University (MFA) in 2004, the artist has already participated in 10 group exhibitions, including La Biennale de Montréal (2007) and La Triennale d'art québécois (2011), as well as six solo shows in Québec, Canada and Northern Ireland. He also produced in situ works in churches in Hochelaga-Maisonneuve in Montréal, in 2004 and 2018. Several specialized articles have focused on his work. His works are present in the public collections of the MNBAQ (Art Loan Collection) and the Canadian Art Foundation.

A video Portrait of Numa Amun

To reveal to the general public Numa Amun's profoundly spiritual approach, the MNBAQ is proposing a video brief based on an interview with the artist in the Église du Très-Saint-Nom-de-Jésus in Hochelaga-Maisonneuve. Moreover, the artist presented his most recent exhibition in this richly ornamented Roman-Byzantine church. This news report devoted to Numa Amun broadcast on the MNBAQ's social networks when his award was announced highlights his painting technique, sources of inspiration and the works that will be presented at the MNBAQ in 2019.  To watch the video brief: https://youtu.be/xeRrZDJYzLk

The MNBAQ Contemporary Art Award is given every two years to a Québec artist. The remarkable partnership between the MNBAQ and RBC represents a commitment until 2021.