Funds will be used to scale the Flow blockchain and deliver previously announced collaborations with Dr. Seuss, Warner Music, and UFC, among others 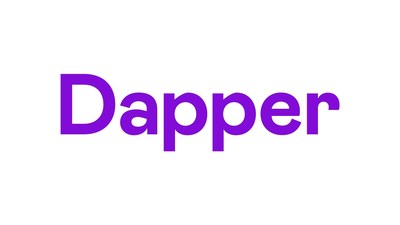 "Crypto enables entirely new possibilities for people to create and exchange value on the internet." said Roham Gharegozlou, founder and CEO of Dapper Labs. "Flow is a new and easy to use blockchain that lowers barriers to entry and lets anyone join this new digital economy. The funding from this round will ensure Flow can scale to the size of projects appealing to fan bases as vibrant and demanding as the NBA and our other partner brands including Dr. Seuss, UFC, and Warner Music. Flow lets fans join the economy of their passions in a way that wasn't possible before crypto."

In conjunction with its new funding, Dapper Labs also announced initial results from its first phase of beta testing for NBA Top Shot, its upcoming flagship title developed for the Flow blockchain. The first 500 players on NBA Top Shot have spent thousands of hours opening packs, trading moments, and completing collections together. NBA Top Shot was designed in partnership with the NBA and NBPA to appeal to mainstream basketball fans' love of showcasing their knowledge and expressing their fandom. The experience captures the nostalgia of trading cards and the thrill of sneaker trading, but does it within a digital universe.

As fans enter into the Top Shot universe, they are instantly immersed into a world where they can discover great plays, open surprise packs of "top shots" or the best plays of the season, show off their epic collections, and trade their assets with their peers to complete sets and win challenges. New invitations to the beta are being released in waves and interested parties may sign up on nbatopshot.com, and then visit discord.gg/nbatopshot to request early access.

"Blockchain is going to fundamentally alter the financial industry and have a major impact on consumers," said Spencer Dinwiddie, Point Guard on the Brooklyn Nets and avid blockchain enthusiast. "Flow can create the vehicle for consumers to enter the space through products like NBA Top Shot where they have fun, but at the same time create a new self-sovereignty."

Over the past few months, Dapper Labs has announced major partnerships with Warner Music Group, Dr. Seuss Entertainment, and UFC, to build new gaming and entertainment experiences on Flow. Besides providing the stability and scalability necessary for blockchain products to support mass market adoption, Flow also provides payment rails for credit cards and cryptocurrency for consumers to use with ease.

Dapper Labs is the company behind CryptoKitties and the Flow blockchain as well as upcoming titles like NBA Top Shot. Founded in 2018, Dapper Labs uses blockchain technology to bring new forms of digital engagement to fans around the world. Blockchain-enabled applications can bring fans closer with the brands they love, give people a real stake in the communities they contribute to, and create new ways for consumers to become creators themselves. Publicly-announced Dapper Labs partners include the NBA and NBPA, Warner Music Group, Ubisoft, and UFC. Notable investors in Dapper Labs include Andreessen Horowitz, Union Square Ventures, Venrock, Google Ventures, Samsung, and the founders of Dreamworks, Reddit, Coinbase, Zynga, and AngelList, among others. Visit www.dapperlabs.com.