Every day, eight Canadians are diagnosed with myeloma, an increasingly prevalent but relatively unknown cancer of the plasma cells. Aldo Del Col was diagnosed with myeloma in 2002 – a time when there was little disease awareness, limited treatment options and even fewer resources for Canadians looking for support and information. Instead of allowing the disease to negatively impact him, he used his diagnosis to make a difference by creating a community to serve the needs of Canadians impacted by myeloma. 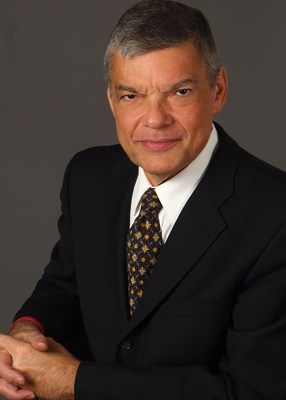 In recognition of his pioneering efforts and dedicated service to the Canadian myeloma community, Aldo will receive the Meritorious Service Medal from Her Excellency the Right Honourable Julie Payette at Rideau Hall in Ottawa on November 5, 2018. This prestigious award, created by Her Majesty Queen Elizabeth II in 1984, recognizes his outstanding level of service to the community in establishing a national organization for all Canadians directly or indirectly impacted by multiple myeloma.

The Myeloma Patient Experience – Aldo was stunned when he learned he had myeloma, an incurable, but treatable cancer of the plasma cells in the bone marrow. Diagnosed at 48 years of age, he was understandably distraught when he was given three to five years to live. After the initial shock passed, Aldo became motivated to learn as much as he could about this relatively unknown cancer. Alarmingly, he discovered there was limited information and no Canadian-specific resources. It quickly became clear to Aldo there was an unmet need to support and empower the myeloma community in Canada. This drove Aldo's vision to create a patient-driven, patient-focused, grassroots organization to foster community engagement, provide educational programs, raise awareness, advocate for access to new treatments and support Canadian myeloma research. His vision led to the founding of Myeloma Canada, a national non-profit organization aimed at focusing on the unique needs of the Canadian myeloma community.

"When I was diagnosed with myeloma, disease information and treatment options were limited. I identified a need for an integrated national grassroots organization to support others impacted by this devastating disease, to learn about myeloma and to reassure them they were not alone. I wanted to encourage hope and a positive outlook for the future for others living with this little-known cancer. It's vital to have a national platform to make a real difference in the lives of patients and caregivers, reminding them they aren't alone," says Aldo Del Col, Myeloma Canada co-founder and Meritorious Service Medal recipient.

"Aldo's determination in creating an inclusive and collaborative foundation to bring together all stakeholders from across Canada has been truly transformative," states Dr. Donna Reece, Director, Program for Multiple Myeloma and Related Diseases at the Princess Margaret Cancer Centre and Chief Medical Officer for the Myeloma Canada Research Network. "A testament to Aldo's vision to foster cooperation is the unique partnership between Myeloma Canada and the Myeloma Canada Research Network, which unites patients and doctors in their shared goal of advancing homegrown research and improving overall  outcomes."

"Aldo is an inspiration to the Canadian myeloma community. From travelling coast to coast and internationally to share his story, engaging with those living with the disease, encouraging conversations on disease experience, promoting patient-focused research, advocating for access to new treatments – he is a true Canadian hero and deserving of this honourable award. A firm believer in collaboration, he continues to connect and facilitate the dialogue between the research community, medical experts, the pharmaceutical industry, government officials and the patient community to improve patient outcomes," says Martine Elias, Executive Director, Myeloma Canada.

Over and above his work with Myeloma Canada and the MCRN, Aldo contributes to several other organizations and committees. He is a member of the Canadian Cancer Trials Group (CCTG) Hematology Executive Committee and the CCTG Molecular Tumour Board. This past spring, he was presented with an Award of Appreciation in recognition of his outstanding dedication to the Canadian Cancer Trials Group. Internationally, Aldo serves on the board of directors of the International Myeloma Foundation and is an active contributor to the Global Myeloma Action Network and member of the International Myeloma Society. He was recently named Member Emeritus of the Ontario College of Pharmacists in recognition of his work as a community pharmacist. He also continues his volunteer work for Hope and Cope at the Jewish General Hospital in Montreal.

About Multiple MyelomaMultiple myeloma, commonly referred to as myeloma, is a devastating, relapsing and incurable cancer of the plasma cells. Every day, eight Canadians are diagnosed with myeloma. Although myeloma remains relatively unknown, its prevalence is increasing. There are over 7,500 Canadians living with multiple myeloma. With the aging population (the average age of diagnosis is in the mid-60s) and improving outcomes resulting from new and better treatments, the number of patients will continue to increase. Multiple myeloma can cause several serious health problems affecting the bones, immune system, kidneys and red blood cell count, with some of the more common symptoms including bone pain, recurring infections and fatigue, a symptom of anemia. While there is no cure yet, with increasing research and emerging treatments the overall outlook for patients is improving steadily.

About Myeloma CanadaMyeloma Canada is a non-profit, patient-focused, patient-driven, grassroots organization created by, and for, people living with multiple myeloma. As the only national organization exclusively devoted to the Canadian myeloma community, Myeloma Canada has been making myeloma matter since 2005. Myeloma Canada seeks to strengthen the voice of the Canadian myeloma community by working with leading myeloma researchers and clinicians, local support groups, governments and other cancer organizations to improve the quality of life of myeloma patients, their caregivers and their families through community engagement, education, awareness, advocacy and research.