- Arena will train both esports and real-world racing drivers 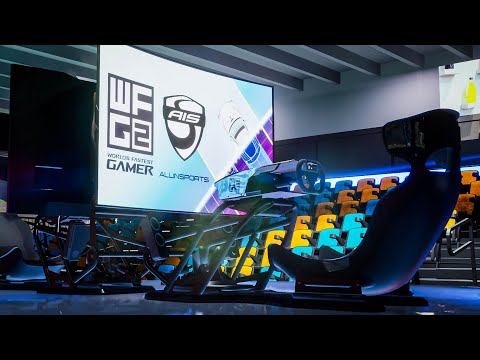 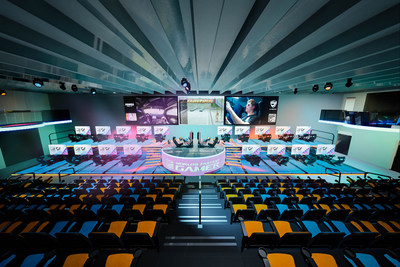 The new facility is part of Millennial Esports' push to professionalise global esports racing competition. The new 12,000 square-foot arena will be located in the prominent entertainment district of Wynwood in Miami — known for restaurants, breweries, retail areas, and outdoor murals. Millennial has secured 2.8 million in private construction financing to complete the build out of the facility.

The esports arena will feature 30 racing simulators which can be raced on individually, linked with the other racing rigs in the building or globally networked to compete against drivers from all over the world.

Professional drivers can also take the next step with the installation of a full-size full-motion simulator — the same type as used by major professional race teams around the world.

The arena build is a continuation of plans hatched by Millennial Esports with its controlling stake in specialist racing simulator constructor, Allinsports in August. Founded in 2008 by ex-Formula 1 engineer Anton Stipinovich, Allinsports not only manufacture high-end racing simulator systems used by leading race teams across the globe, but also produce the eRacer esports simulator rigs that will be used in Millennial Esports's upcoming "World's Fastest Gamer" competition.

"Allinsports already have a driver training simulator facility in Miami, but our new arena will take esports racing to an entirely new level. Esports is the fastest growing sport in the world, but the racing genre of esports is ready to take a massive leap.

"Our goals are for this arena to be the first of many located around the world. These centers will hold major local and international competitions, be used for both amateur and professional driver training and also stage major corporate events.

"Nobody has built anything like this at this level — we want this to be the 'Formula 1' of racing esports facilities — and the people of Miami will be the first to enjoy this opportunity to develop their skills."

"Our Miami Arena is going to be quite unique because it's not only going to be an esports arena, it will be a driver academy and allow young racers to progress through the ranks of esports and real-world racing," Allinsports President, Anton Stipinovich said.

"Simulators have changed the world in motorsport. Drivers have become a lot more scientific and much better prepared. You can see this in today's Formula 1 racing where you have young drivers like Lando Norris and Max Verstappen coming up through the ranks very fast thanks to their esports experience.

"US motor racing, South American motor racing, everybody wants to come to Miami. It's an excellent location, and there are moves to host a Formula 1 race here. It's really just a showcase for us to show off the first of many different arenas."

"Simulators are extremely important because technically, they are so close to driving the real thing," said Fittipaldi

"You learn the track before you even arrive – where to brake, where to turn, even before arriving at any track in the world. And the feedback for the driver, the reaction, the reflex, the coordination, it's a mental test and mental development for a young driver. I wish, in my time, we had simulators. My life would be much easier!"

Fittipaldi has high hopes for simulators and esports racing,

"There are so many top talents in simulators that went directly into real racing and are doing well. They are very competitive, and I'm sure a top simulator driver can be a potential world champion," he said.

"There's so much competition in esports racing, so many championships to enter and it's so much fun to be an esports driver. It really is the future for our sport; in fact, it's not the future; the future is already here."

Update on Acquisition of Allinsports SRL

The parties expect to enter into a definitive purchase and sale agreement in the next week, which will reflect the following terms:

In addition, Millennial shall pay Allinsports US$1,100,000 in cash to be used by Allinsports for settlement of outstanding payables and working capital, of which $100,000 has already been advanced to Allinsports by Millennial.

The closing of the transaction is expected to be completed in October 2019 and remains subject to the approval of the TSXV.

Millennial Esports Corp. (MEC) recently restructured its business and leadership team. MEC now focuses exclusively on two areas – esports racing and esports data provision. With publishing, IP, content, and data expertise in its portfolio, combined with a new board and management team, MEC is ready to lead the rush to profitability in the esports industry.

This press release contains "forward-looking information" within the meaning of applicable Canadian securities legislation, which are based upon Millennial's current internal expectations, estimates, projections, assumptions and beliefs and views of future events. Forward-looking information can be identified by the use of forward-looking terminology such as "expect", "likely", "may", "will", "should", "intend", "anticipate", "potential", "proposed", "estimate" and other similar words, including negative and grammatical variations thereof, or statements that certain events or conditions "may", "would" or "will" happen, or by discussions of strategy.

The forward-looking information in this news release is based upon the expectations, estimates, projections, assumptions and views of future events which management believes to be reasonable in the circumstances. Forward-looking information includes estimates, plans, expectations, opinions, forecasts, projections, targets, guidance or other statements that are not statements of fact. Forward-looking information in this news release includes, but is not limited to, statements with respect to the closing of the acquisition of a 51% interest in Allinsports and the benefits of such acquisition. Forward-looking information necessarily involve known and unknown risks, including, without limitation, risks associated with general economic conditions; adverse industry events; loss of markets; inability to access sufficient capital from internal and external sources, and/or inability to access sufficient capital on favourable terms; the esports industry generally; the ability of Millennial to implement its business strategies; competition; and other risks.