TORONTO, March 1, 2018 /CNW/ - McClelland & Stewart is honoured to announce the forthcoming publication of a final novel by the late Richard Wagamese, the beloved, bestselling author of Indian Horse and Medicine Walk. This posthumously published novel, entitled Starlight, will be released on August 14, 2018, in hardcover and as an ebook and audiobook. The deal was arranged by John Pearce of Westwood Creative Artists in association with Chris Casuccio, on behalf of Richard Wagamese's Estate. 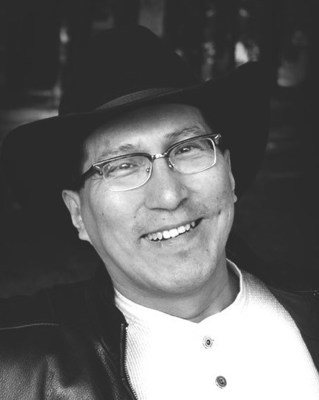 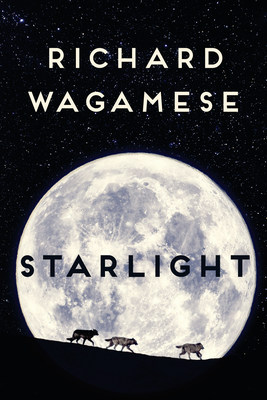 Set in the B.C. Interior in 1980, Starlight tells the story of an abused woman on the run with her young child—and what happens once they find refuge on a farm owned by an Indigenous man with wounds of his own. Frank Starlight has long settled into a quiet life working his remote farm, but his contemplative existence comes to an abrupt end with the arrival of Emmy, who has committed a desperate act so she and her child can escape a harrowing life of violence. Starlight takes in Emmy and her daughter to help them get back on their feet, and this accidental family eventually grows into a real one. But Emmy's abusive ex isn't content to just let her go. He wants revenge and is determined to hunt her down.

Sadly, Starlight was unfinished at the time of Wagamese's death, yet it is a rapturous and profoundly moving story of love, compassion, mercy, and the consolations to be found in the natural world. There are clear indications of Wagamese's intentions for the remainder of the book, based on the recollections of trusted intimates with whom he periodically shared his ideas about his novel-in-progress. The Note on the Text that appears at the end of the book summarizes these ideas and includes a scene that Wagamese intended to adapt for the final scene of Starlight. The book will also include a previously unpublished essay by Wagamese, entitled "Finding Father." The themes and images in this deeply personal essay resonate beautifully with those in the novel, allowing for the larger narrative circle to be closed by Richard Wagamese himself.

McClelland & Stewart Senior Editor Anita Chong said: "When Richard Wagamese died in March 2017, we lost one of our great writers. While it is tragic that Richard did not have the chance to complete what was clearly his masterpiece, what he accomplished in the pages of Starlight is deserving of celebration. And we can't imagine a more fitting tribute to Richard Wagamese, a man who believed in the healing power of story, than to share his majestic last novel with readers."

Richard Wagamese was one of Canada's foremost writers. His celebrated, bestselling novels included Keeper'n Me; Indian Horse, which was a Canada Reads finalist, winner of the inaugural Burt Award for First Nations, Métis and Inuit Literature, and made into a feature film; and Medicine Walk. He was also the author of acclaimed memoirs, including For Joshua; One Native Life; and One Story, One Song, which won the George Ryga Award for Social Awareness in Literature; as well as a collection of personal reflections, Embers, which received the Bill Duthie Booksellers' Choice Award. He won numerous awards and recognition for his writing, including the National Aboriginal Achievement Award for Media and Communications, the Molson Prize for the Arts, the Canada Reads People's Choice Award, and the Writers' Trust of Canada's Matt Cohen Award. Wagamese died on March 10, 2017, in Kamloops, B.C.

For further information: please contact Allie McHugh at 416-957-1491 or at [email protected]