NIAGARA FALLS, ON, May 19, 2019 /CNW/ - Marineland Canada would like to thank the thousands of families from across Ontario, Quebec and the neighbouring United States who made a visit to Marineland part of their long-weekend plans. 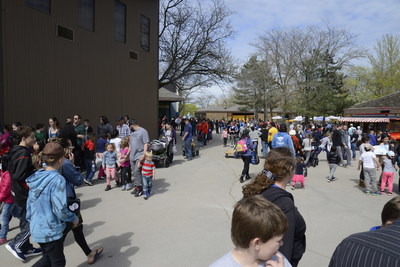 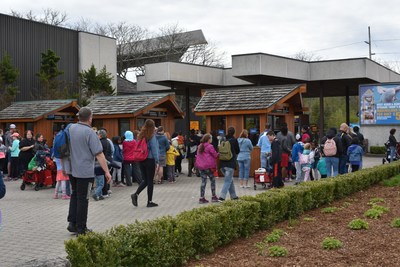 "We were all surprised by the huge crowds at the gates when we opened. It was a great way to start the season and fun for the entire Marineland team to see so many smiling faces and excited children and their families enjoying our rides, taking part in our marine educational presentation and exploring all that Marineland has to offer," said Marie Holer, of Marineland of Canada. "We have worked incredibly hard over the past fall and winter to take a big step forward in our evolution and I think all our hard work is clear to everyone," Mrs. Holer added.

Everyone at Marineland shares the joy our guests' experiences when their young children express innocent wonder and delight when they see a whale, dolphin or bear for the very first time at Marineland and begin their own journey of discovery about our natural world.

Offered daily in the main stadium, the education presentation gives thousands of young children a unique opportunity offered nowhere else in Canada to safely and easily witness marine mammals display natural behaviours they express from the Arctic to the Pacific and Atlantic oceans. The presentation provides simple age-appropriate explanations of marine mammal anatomy, the threats they face in the wild, and our collective responsibility as Canadians to protect marine mammal populations throughout the world.

Thousands of our young guests cheered throughout our new education presentation. This re-affirms our belief that fun and learning go hand and hand at Marineland.

In time for opening weekend, Marineland launched an in-park train service, the 'Marineland Express', to shuttle guests to the park attractions. 'Marineland Express' took on an unexpected role as an attraction as guests opted to use the train to get an in-person overview of the entire park, before taking a second loop to decide where to start their on-foot explorations.

Marineland will be adding two additional in-park trains before summer to better accommodate the large crowds we are already seeing this year, and in response to our guests' comments on opening day that they would like to see even more trains.

Marineland would like to acknowledge and thank the Niagara Regional Police officers who worked hard to keep everyone safe on opening day and the City of Niagara Falls for setting clear ground rules for the small group of demonstrators in front of the Park.

Marineland has clearly begun a process of evolution and have found support for our evolution within the science and academic communities. Instead of embracing our evolution and actively participating in it, some activists continue to seek to damage Marineland at all costs.

We were deeply disturbed by a shocking incident that occurred at Marineland's Deer Park at the hands of two individuals who claimed to be a father and son.

We are very sad to report that these individuals repeatedly attempted to, and were ultimately successful in causing a stampede of deer and laughed in the face of staff as they tried to get them to stop. They refused all instruction by staff, and resisted efforts to remove them from the Deer Park.

As we were focused on calming and saving our animals from harming themselves, the individuals in question slipped away from the Deer Park.

We are very sad to report two deer lost their lives in this incident. This has never happened before and our guests have always, as a general rule, behaved responsibly in the Deer Park. We are all upset by this terrible act against innocent animals. In order to protect our animals, we are closing the Deer Park to make modifications to prevent this type of incident from ever happening again.