/NOT FOR DISTRIBUTION IN THE UNITED STATES/

MONTREAL, Aug. 24, 2018 /CNW Telbec/ - LGC Capital Ltd. (TSXV: LG) ("LGC") is pleased to announce that the Phase I construction of Tricho-Med's 34,000 square feet cannabis growing facility in Brownsburg, Quebec is on track and on schedule. 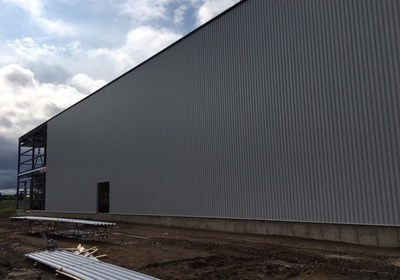 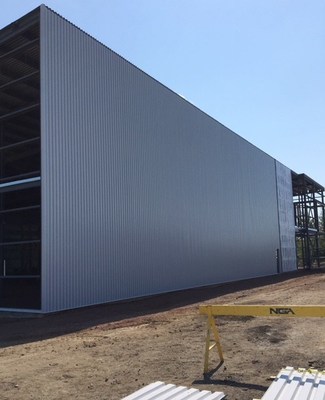 The roof of the structure is now fully installed, the perimeter walls are now partially installed and will be completed by the end of next week.  In addition, the building design has been modified and upgraded to meet the European Union - Good Manufacturing Practice (EU-GMP) strict standards.

Phase 1, which will contain the first two grow rooms, is planned for completion by the end of October/early November 2018. The target to complete the review package for Health Canada is mid-to-end November and the target goal of receiving the cultivation license by mid-December 2018.

Tricho-Med has acquired 18 acres of additional land in close proximity to its site in Brownsburg, Quebec. The company now has the potential for a five-fold increase to its production capacity, compared to its original planned capacity at the time of the agreement with LGC in January 2018. This increase is further supported by the past purchase of approximately 20 acres of land adjacent to the facility currently under construction.

Tricho-Med plans to aggressively expand with a second facility beside its initial 34,000 square foot indoor growing operation, and it will be approximately 600,000 square feet. It will be a fully enclosed one-level building with potential for 475,000 square feet of flowering space. The combined facilities will have the potential to grow over 60,000 kg equivalent per year of dry cannabis and extracted products, based on actual industry observed yields of 30 grams per square foot per cycle when using the same production methods as Tricho-Med. All Tricho-Med products will be produced to strict Health Canada and EU-GMP standards for the domestic and international medical cannabis markets.

LGC specifically chose to invest in Tricho-Med's project because of its strategic location in one of Canada's lowest electricity cost regions with rates below $0.04 per kilowatt hour.  This low electricity rate compares to other producers in Ontario, Atlantic, and Western Canada, who are paying rates on average in between $0.08-0.10 per kilowatt hour or more.  Given that electricity is one of the largest input costs for premium indoor hydroponic cultivation; this will give Tricho-Med a natural cost advantage from its competitors.

John McMullen, CEO of LGC Capital stated: "We are very impressed with the pace and quality of construction by the team at Tricho-Med as the company completes its Phase 1 buildout.  The aggressive growth and low electricity costs could make them a category leader in the indoor-grown, GMP quality, premium medical cannabis market."

LGC invested in Tricho-Med through a four-year secured convertible loan agreement in the amount of $4 million CAD, which is being disbursed in accordance with pre-agreed milestones and related disbursement schedules. Interest on the loan is fixed at an annual rate of 10% which will be payable from available operational cash flow. Upon Tricho-Med obtaining a license to produce Medical Cannabis from the relevant regulatory authorities, the loan will convert into common shares of Tricho-Med, representing 49% of then-issued and outstanding shares.  LGC will also receive a 5% royalty on Tricho-Med's net sales.

This press release may contain forward-looking statements with respect to LGC Capital Ltd. ("LGC") and their respective operations, strategy, investments, financial performance and condition. These statements can generally be identified by use of forward- looking words such as "may", "will", "expect", "estimate", "anticipate", "intends", "believe" or "continue" or the negative thereof or similar variations. The actual results and performance of LGC and Tricho-Med could differ materially from those expressed or implied by such statements. Such statements are qualified in their entirety by the inherent risks and uncertainties surrounding future expectations. Some important factors that could cause actual results to differ materially from expectations include, among other things, general economic and market factors, competition, government regulation and the factors described under "Risk Factors and Risk Management" in LGC's Management's Discussion and Analysis for the fiscal year ended September 30, 2017, as filed on SEDAR (www.sedar.com). The cautionary statements qualify all forward-looking statements attributable to LGC and persons acting on its behalf. Unless otherwise stated, all forward-looking statements speak only as of the date of this press release and neither LGC nor Tricho-Med has any obligation to update such statements, except to the extent required by applicable securities laws.  Neither the TSX Venture Exchange nor its Regulation Service Provider (as that term is defined in the policies of the TSX Venture Exchange) accepts responsibility for the adequacy or accuracy of this release.