MARKHAM, ON, Jan. 11, 2018 /CNW/ - Honda Canada adds a Special Edition (SE) sedan trim to the already diverse Civic lineup to celebrate the nameplate's 20 years as best-selling car in Canada, with an MSRP of $22,390.  The Civic is a key pillar to Honda Canada's success and accounts for nearly 40 percent of the brand's annual sales. The Honda Civic is proudly built at the company's manufacturing facility in Alliston, Ontario – by Canadians, for Canadians. 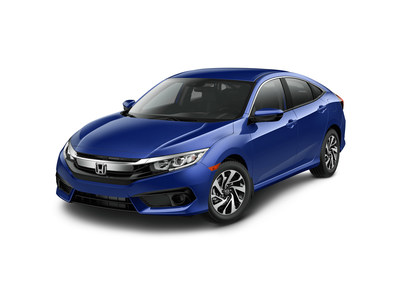 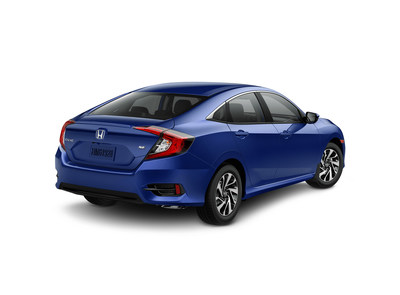 "The Civic embodies the challenging spirit of Honda and our commitment to delivering innovative products of the highest quality, durability and value. We are thankful for and deeply humbled by the loyalty and trust that our customers have placed in Honda and the Civic in the past 20 years," said Jean Marc Leclerc, Senior Vice President of Sales and Marketing, Honda Canada Inc. "The 20-year success of the Civic has led to the organic growth of a passionate and dedicated 'Civic Nation'; a community made up of Canadians from all walks of life, connected by their common love of the Civic."

The Civic is Honda's longest-running automotive nameplate and its highest selling model globally. Its Canadian introduction came in 1973 when the Civic was heralded for its refined driving dynamics, quality construction and world-class fuel efficiency, despite selling only 747 units the first year. The revolutionary CVCC (Compound Vortex Controlled Combustion) engine debuted in Civic and cemented Honda's place in history as a leader in powertrain innovation.

Over the course of 10 generations, the Civic has continuously evolved to meet the changing needs of Honda customers in North America and around the world, and has consistently set the bar for fuel efficiency, driving performance and design innovation in an affordable compact-class vehicle.

The first Civic – a three-door model – was built on Canadian soil at Honda of Canada Mfg. (HCM) in 1988 and the nameplate has never left. Now, HCM serves as the global lead plant for the tenth generation Civic model and more than five million Civics have been built at the Alliston facility.

"Being built at our Canadian manufacturing facility for 30 years and achieving this remarkable 20-year sales milestone has certainly cemented the Civic's importance in Canada," continued Leclerc. "The Civic's longstanding Canadian production history is a direct reflection of the knowledge and experience of the more than 4,000 highly-skilled manufacturing associates at HCM."

For more information on the Honda Civic, please visit www.honda.ca.

About Honda CanadaHonda Canada Inc. (HCI) was founded in 1969 and is the parent company for both Honda and Acura vehicle brands in Canada. The company has produced more than eight million cars and light trucks since 1986 at its two manufacturing facilities and builds engines at a third manufacturing plant in Alliston, Ontario. Both manufacturing facilities are extremely flexible and currently build Honda Civic and CR-V models. Honda Canada has invested more than $4.7 billion in Canada and each year it sources nearly $2.1 billion in goods and services from Canadian suppliers. Honda Canada has sold more than four million Honda and Acura passenger cars and light trucks in Canada.