PARIS, Feb. 11, 2019 /CNW/ -- Today, Hennessy released an epic short film by legendary director Ridley Scott who visualizes the odyssey experienced in every sip of Hennessy X.O. The campaign was created by the advertising agency DDB Paris, creative partner of Hennessy. The luxury spirits brand also announced that a 60-second version of the film will premiere in the US during The 91st Oscars® airing Feb. 24 on ABC, amplifying the cinematic flair of the campaign on one of Hollywood's most celebrated nights. 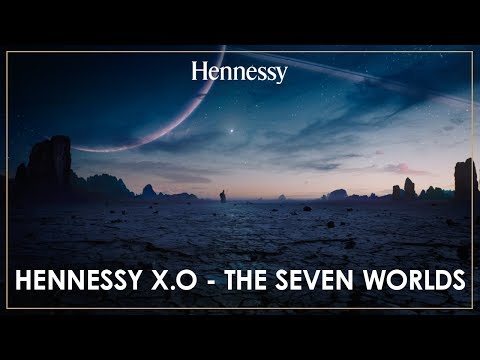 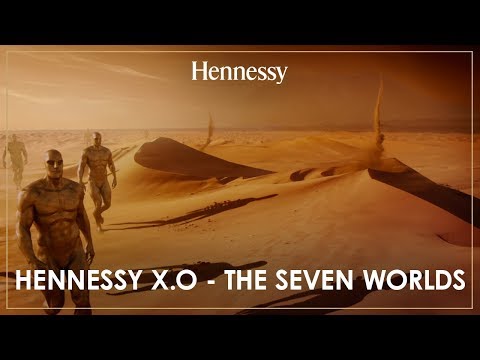 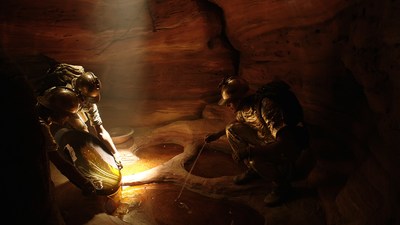 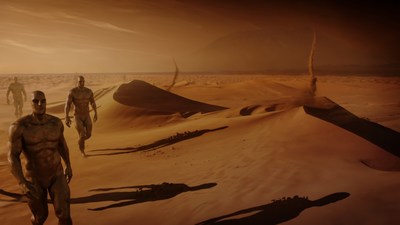 Complementing the idea that "Each drop of Hennessy X.O. is an Odyssey," the Academy Award® nominated director of the films The Martian and Gladiator as well as cult films Alien and Blade Runner, creates a visual journey that explores the seven flavor profiles in a surreal, sensorial and immersive narrative. The film is a creative interpretation of each of the seven tasting notes, described by Hennessy's Comité de Dégustation as illustrations of Hennessy X.O's taste and feel: Sweet Notes, Rising Heat, Spicy Edge, Flowing Flame, Chocolate Lull, Wood Crunches; culminating in Infinite Echo.

"I was attracted to this project because I was inspired by the potential for art and entertainment to bring this story to life," said Ridley Scott. "Hennessy has a great product, and I was lucky enough to have the freedom to interpret this and create something amazing. I think people will be stunned when they see the film."

All seven notes evocatively take shape under the iconic filmmaker's direction, with his subversive sense of narrative, unique light, and knack for radical, and technical innovation. The seven notes, envisioned as individual worlds, are brought to life through wonderous and extreme physiography. The director leaves it to the viewer's imagination if the film occurs in the future or the past, in reality or in a dreamscape as he takes us through vivid scenes offering snapshots of each world.

Scott's film depicts the gathering of shimmering golden liquid, human figures walking in the shadows of bronzed giants, androids coming to life through spicy synapses, beings gliding through a fiery atmosphere and meditating peacefully amongst levitating rocks while lush woodlands are stirred by invisible spirits. As the film culminates we see the worlds co-existing in an omnipresent nebula and are reminded of the director's mastery in transporting viewers to other worlds.

'The Seven Worlds' production team includes global leaders in visual effects, Moving Picture Company (MPC), who previously collaborated with Scott on the films Alien, The Martian as well as Blade Runner and reunite with the director to design 'out of this world' effects through CGI. Composer Daniel Pemberton, who previously worked on Scott's film All the Money in the World and The Counselor, created a unique and unexpected score perfectly complimenting the director's vision of Hennessy X.O. Scott's production company RSA Films produced the film.

"It is an honour for Hennessy to partner with a visionary like Ridley Scott," said Hennessy Global CMO Michael Aidan. "This film showcases Ridley's artistic genius conveying the essence of Hennessy X.O through entertainment that transcends traditional advertising."

"When we embarked on this adventure, we dreamed of creating a film that is truly different. But even in our wildest dreams, we did not imagine we would be going to so many incredible new worlds. Together with Hennessy and Ridley Scott, we hope to have achieved a new benchmark in advertising," says Alexander Kalchev, Executive Creative Director at DDB Paris.

See the full film, as well as a 'making of' video, behind-the-scenes content, and an interview with Ridley Scott, at thesevenworlds.hennessy.com. Follow @Hennessy on Instagram and #TheSevenWorlds to further explore the worlds of Hennessy X.O.

Sweet Notes: The palate is warmly embraced by flavors of candied fruit - the faint sweetness of oranges fused with the subtle tartness of apricots.

Rising Heat: The intriguing sensation of an intense, rising heat slowly reveals the complex taste of eaux- de-vie that have patiently aged in oak barrels.

Flowing Flame: A wave of warmth grows, crests and then breaks; the mouth is awash with the sensation of an immense roundness. A robust presence, full and voluptuous, is felt.

Chocolate Lull: There is the gradual discovery of something familiar. It is the well-rounded flavour of a rich, dark chocolate. Slightly sweet and silky smooth, it gently caresses the palate.

Wood Crunches: A striking sensation is suddenly felt – the vigorous ebb and flow of oak notes interlaced with vanilla. With their bold and complex taste, they make their powerful presence felt and then vanish.

Infinite Echo: The evanescent oak notes leave a long, omnipresent finish in their wake, echoing the subtleties of each flavour and sensation that has preceded it, as well as the complexity of X.O's blending and long aging process.

Ridley Scott, one of the world's foremost directors and producers, is most known for his work on films such as Thelma & Louise, Alien, Black Hawk Down and Blade Runner. His film epic Gladiator won the Oscar®, Golden Globe®, and BAFTA Awards for Best Picture, as well as the Oscar for Best Actor in a Leading Role for Russell Crowe.

Throughout his illustrious career, Scott also been lauded by the Emmy Awards, Cannes Film Festival and the PGA Awards. In 1968, Scott formed RSA as a commercial production house for some of the world's most recognized corporate brands.

In 1995, Scott formed Scott Free Productions to serve as a production company for his film and television projects such as Hannibal, Man on Fire, American Gangster and Concussion, the critically-acclaimed CBS drama, The Good Wife, and the hit telefilms Killing Lincoln, Killing Kennedy, and Killing Jesus.

The most recent feature-films produced by Scott Free include Blade Runner 2049, starring Ryan Gosling and Harrison Ford, and Murder on the Orient Express, starring Kenneth Branagh, Johnny Depp and Michelle Pfeiffer. As a director, Scott's most recent projects include Alien: Covenant, the sequel to Prometheus, starring Michael Fassbender and Katherine Waterston, and All the Money in the World, about the kidnapping of John Paul Getty III, starring Christopher Plummer, Michelle Williams and Mark Wahlberg, which debuted in December 2017. Scott's fascination with advertising goes back to his education at London's Royal College of Art. Throughout his career, he continuously revolutionized the advertising landscape.

The leader in Cognac, the Maison Hennessy has shined around the world with its exceptional know-how for more than 250 years. Built on founder Richard Hennessy's spirit of conquest, the brand is present in more than 130 countries.

Based in the heart of the Charente region, Hennessy is also a steadfast pillar of the regional economy. The House's success and longevity are rooted in the excellence of its cognacs, each of which is born of a unique process of transmission from generation to generation.

The first wine and spirits house to be certified ISO 14001, Hennessy unites its capacity for innovation and the support of all of its partners to protect this exceptional area.

As a crown jewel of the LVMH Group, Hennessy is a major contributor to French international trade, with 99% of production sold in export, and a worldwide ambassador for the French art de vivre.

The materials available in each country may vary due to local regulation on alcohol advertising.