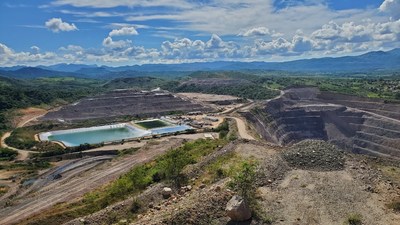 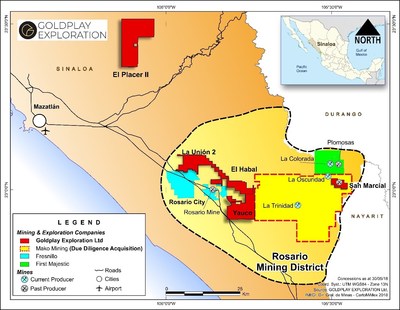 Under the LOI, Goldplay was granted the exclusive right to acquire 100% of the Marlin Shares until December 31, 2020. Goldplay is now moving forward with its legal, financial and technical due diligence review of Marlin, Oro Gold, La Trinidad and other assets owned by Marlin. Upon completion of due diligence, if Goldplay is satisfied with same, the parties expect to then negotiate the terms of a definitive agreement in relation to this acquisition. The Company will provide shareholders with updates on the status of this transaction when material information becomes available.

The terms of the transaction are subject to negotiation and will include a nominal cash payment to Mako and the issuance of a small NSR royalty to Mako on the Concessions currently owned by Oro Gold. Goldplay will assume all remaining tax liabilities of Oro Gold. Mako will be responsible for reclamation activities at La Trinidad and associated costs until it receives approval from the Mexican government that reclamation is complete. All proceeds from the lawsuit Mako and Oro Gold have filed against their insurers and reinsurers related to damages from Hurricane Willa will be for the benefit of Mako, and Mako will be responsible for the costs of this litigation.

Goldplay President and CEO Marcio Fonseca commented, "We are pleased to enter into the Letter of Intent with Mako, as it opens up the opportunity to fully review and potentially acquire highly prospective gold and silver assets adjacent to the San Marcial Project, including on-site infrastructure. If successful, the transaction would prove to be an important advancement toward our goal of becoming a leading company in control of key assets in this district. Goldplay's team has extensive experience in the Rosario gold-silver Mining District. With over 10 years of on-the-ground exploration, the team has acquired fundamental knowledge of the geological setting of the district. This proprietary intelligence contributes to maximizing value from this proposed acquisition and supports our goal of delivering significant shareholder value through new discoveries."

Oro Gold acquired the Nueva Trinidad property from Minera Camargo S.A. de C.V. in 2005 and subsequently commenced drilling and regional exploration. The property had been previously owned and operated by a subsidiary of Eldorado Gold Corp ("Eldorado"). Based on Eldorado's annual reports, production from the Taunus Pit commenced in 1996 and ended in the fall of 1998.

A second zone, below what was mined by Eldorado, was discovered by Marlin in 2009 and is located approximately 30 m below the Eldorado zone or approximately 150 m below surface. The discovery of this deeper zone was the basis for the NI 43-101 preliminary economic assessment that Marlin filed on SEDAR on June 11, 2012.

In 2014, Marlin achieved commercial production of a heap leach open pit operation at Nueva Trinidad, one of the highest-grade open pit heap leach gold mines in Mexico. While Marlin focused primarily on advancing production at the Taunus Pit, today the remainder of the Nueva Trinidad land package and surrounding area remains under-explored.

Goldplay has successfully consolidated a district-sized portfolio, owning >250 sq. km of mineral concessions in the historic Rosario gold-silver Mining District in the state of Sinaloa, Mexico. Its flagship project, San Marcial, consists of a 1,250-ha land package located south of the La Rastra and Plomosas historic mines. San Marcial is a near-surface, high-grade silver, lead, and zinc open pit amenable project for which a NI 43-101 resource estimate was completed by Goldplay in early 2019. Additionally, high-grade gold was drilled in July 2019 at San Marcial, opening up the potential for further gold success. Goldplay's 100% owned El Habal precious metals project is located 20 km west of the San Marcial Project. It comprises 3,700 hectares and is located 75 km southeast of the modern coastal port of Mazatlán, and 10 km on a paved road from the historic mining town of Rosario, Sinaloa, Mexico.

Goldplay's current focus includes expanding its NI 43-101 resource estimate at the San Marcial project, which contains 36Moz Ag Eq (indicated) + 11Moz Ag Eq (Inferred), by defining new high-grade gold and silver targets along the project's 6 km mineralized trend. Goldplay is the first company to perform exploration work at San Marcial in over 10 years. It is a low-risk development stage project, fully exploration permitted and supported by the local communities to carry out all proposed exploration activities. Only 500 m of the 6 km trend has been drilled to date, highlighting the significant potential for further discoveries. The Company has identified 8 high-priority targets along the 6 km trend and is currently drilling two high-priority targets at Faisanes and Nava. Some of these exploration targets consist of old shallow pits, caved shafts and historic shallow underground workings in areas with extensive hydrothermal alteration, hosted by major regional structures in a felsic volcanic environment. Mapping and sampling by Goldplay have revealed evidence of dacite-rhyolite dome structures in a highly prospective geological environment for additional high-grade gold and silver discoveries.

Goldplay's team has over 30 years of experience with senior roles in exploration, financing, and development in the mining industry, including over ten years of extensive exploration experience in the Rosario Mining District, leading to previous successful discoveries.

The NI 43-101 reports for each of the San Marcial and El Habal Projects are available on SEDAR.