TORONTO, Dec. 8, 2018 /CNW/ -- Four Seasons Hotels and Resorts, the world's leading luxury hospitality company, unveiled the latest #FourSeasonsPopDown last night, hosting a one-night-only event against the backdrop of Miami's annual celebration of art. The exclusive soiree took place on board custom designed superyacht KISMET for the brand's signature play on a pop up, aimed at transforming unexpected locations beyond the walls of its hotels and resorts. 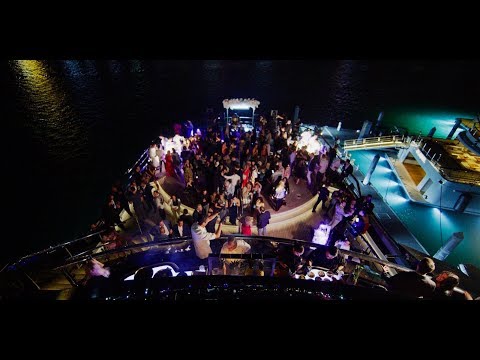 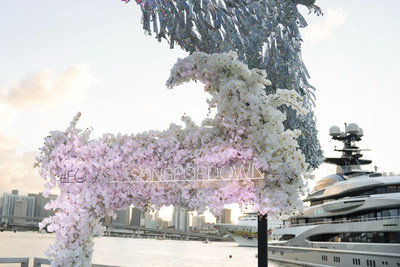 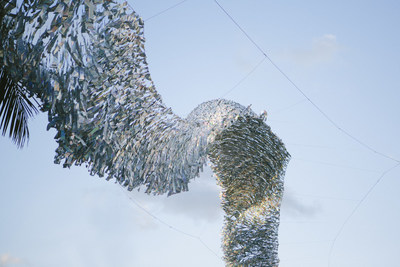 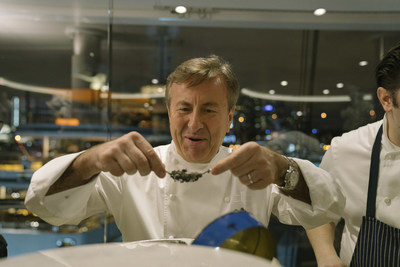 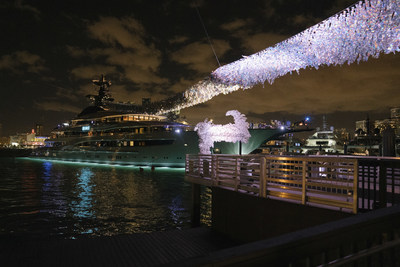 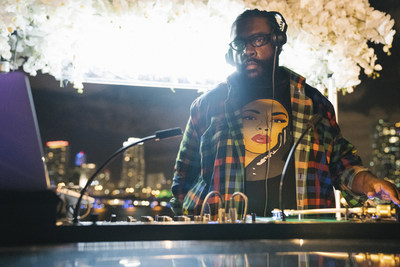 A guest list of international media, influencers, VIPs and celebrities were greeted by artistry at every turn, as an international roster of 16 Four Seasons mixologists, chefs and pastry chefs from across the globe served up show stopping delights. While exploring the 95 metre (312 foot) superyacht, guests enjoyed custom culinary and beverage creations developed by each craftsperson, dished out in interactive and unexpected ways from stations situated throughout.

On the lower deck spa level, guests were treated to an immersive sensorial experience and customised perfumes from French Maison De Parfum Atelier Cologne while surrounded by citrus trees. NetJets continued its collaboration with Four Seasons, hosting a lounge on KISMET's top deck, where guests could sit back and take in views of Miami's skyline while sipping on gin cocktails and tasting delicacies from the yacht's open-fire grill.

Two-storey video walls displayed the works of Barcelona-born artist Ignasi Monreal, whose digital paintings are featured in Four Seasons: The Art of Hospitality, the brand's newly launched coffee table book from Assouline Publishing inspired by the people of Four Seasons.

The invitation-only experience was executed by event partner Coco & Cowe and featured a special DJ set by Questlove.

Those passing through Island Gardens Marina were also met by Glass Horizon, the latest Skynet installation from artist Patrick Shearn and studio Poetic Kinetics, presented by Four Seasons. Shimmering 11 metres (35 feet) high, the captivating work of art was constructed using rope, monofilament net and approximately 67,000 holographic Mylar streamers spanning 10,800 square feet (3,292 square metres). Designed to mimic the movement of nature, art lovers and onlookers were invited to take in the must-see public installation, capturing it and sharing it on social media using #FourSeasonsPopDown and #GlassHorizon. On event day, the installation reflected a full spectrum of colour as it cascaded overhead, leading the way to the impressive venue.

The latest Pop Down comes just six weeks after Four Seasons transformed a former high school into a surreal rooftop garden in Philadelphia's Passyunk neighbourhood after launching Four Seasons Pop Down in Toronto in 2017 during the city's international film festival, with plans to bring the global event series to Hong Kong in early 2019.

Images from Getty.com can be found here.Additional event images can be downloaded here.

The first of Patrick Shearn and Poetic Kinetics renowned Skynet series to appear on the east coast, Glass Horizon is available for public viewing on Saturday, December 8 from 10:00 am to 6:00 pm and on Sunday, December 9 from 10:00 am to 2:00 pm. Onlookers are encouraged to experience, enjoy, and share using the #FourSeasonsPopDown and #GlassHorizon hashtags, and Four Seasons will re-post its favourite photos on its brand channels

Founded in 1960, Four Seasons Hotels and Resorts is dedicated to perfecting the travel experience through continual innovation and the highest standards of hospitality. Currently operating 112 hotels and resorts, and 39 residential properties in major city centres and resort destinations in 47 countries, and with more than 50 projects under planning or development, Four Seasons consistently ranks among the world's best hotels and most prestigious brands in reader polls, traveller reviews and industry awards. For more information and reservations, visit fourseasons.com. For the latest news, visit press.fourseasons.com and follow @FourSeasonsPR on Twitter.