TORONTO, May 31, 2018 /CNW/ - The Chairman and CEO of First Global Data ("First Global" or the "Company") is pleased to provide the following update and corporate perspective to our shareholders.

I would like to take this opportunity to provide you with a corporate update on a number of key items. I do understand that you may be concerned with the current status of the Company as you have shared questions, concerns, and words of strong support with me.

We have taken the time necessary to better understand each of the below items and continue working toward a more comprehensive understanding for some. I would like to thank you for your patience, understanding and continued support.

I will separate this letter into the key areas that you have asked us to clarify and/or explain.

In the process of conducting our 2017 year end financial audit ("2017 Audit"), the Company became aware of a matter related to the recognition of revenue for its ISP licensing program ("ISPL Program").

Regarding the ISPL Program: First Global had embarked on a program whereby it sold licenses for use of its money remittance software, the proceeds of which were to be primarily used for its international mobile wallet deployments and business growth in key areas and markets. The program included the sale of licenses to a purchaser (the "licensee"), who would provide marketing and promotional activities designed to increase key performance indicators including: user base, active users, Annual Average Revenue Per User also known as "AARPU"), number of transactions, and revenues. The Company and its then-professional advisors, including legal and accounting, worked closely with the Company's auditors throughout the design and creation of ISPL Program.

In the later process of preparing for the Company's 2017 Audit, auditors to the Company advised that the ISPL Program, in practice, gave rise to concerns surrounding how revenues were recognized. In light of this development, the Company set out to address such concerns with the ISPL Program and consulted various advisors. Ultimately, a special committee (the "Special Committee") of the board was struck to investigate and subsequently, the Company decided to voluntarily suspend the ISPL Program until it could be amended and to halt the audit process so as to allow the Company to assess the impact of the revenue recognition concerns on its 2017 year end financial statements. Instead of hastening to meet the filing deadline of April 30, 2018, the Company chose to have a comprehensive understanding of the matter in order that the financial statements be accurate and that any concerns of the auditor be addressed going forward. As a result, we were not able to submit our year end 2017 financial statements by the April 30, 2018, deadline.

One of the recommendations of the Special Committee was that the Company consider changing its auditor to a larger national firm and, given the anticipated delay in filing, to apply for a Management Cease Trade Order ("MCTO"). An MCTO is a voluntary request from the Company to submit its financial statements late, which can allow, depending on the precise terms of the order granted, certain of a company's shares to remain trading while financial disclosures remain outstanding. In our case, the MCTO would have provided the Company two additional months to conclude the 2017 Audit. Upon review, the Ontario Securities Commission chose to exercise its discretion to not grant the MCTO in favour of issuing a Failure-to-File Cease Trade Order ("FFCTO"). While the Company considered transitioning to a national audit firm for its 2017 Audit, it became clear that the 2017 Audit would not be able to be completed by a larger more instititional audit firm within a reasonable timeframe. As a result, the Company decided that it was best to finalize the Company's 2017 year end audit with its existing audit firm and to move to a national audit firm for its 2018 year end audit.

Currently, a deeper analysis is being conducted to determine what revenues from the ISPL Program can and should be recognized, which may be booked into 2018, and which may have to be written off. The Company expects that it will be in a position to finalize its 2017 Audit within the next two months and is working diligently with its auditor to accelerate this timeline where and if possible. The ISPL Program will continue to be suspended until such time as the parameters around key considerations such as revenue recognition are more thoroughly understood and rectified to the satisfaction of the Company's auditor.

Now that FFCTO has been implemented, the Company's stock price, market cap and other statistics have been removed from the TSX-V web site. Resumption of trading is expected to occur after the Company has filed its 2017 audited annual financial statements, which will only occur subsequent to the approval of the Ontario Securities Commission as well as that of the TSX-V.

First Global has concluded its listing on the OTCQB market in the USA. This initiaive was taken in order to improve access to trading by US investors. The Company's trading symbol on this market is FGBDF. Once trading resumes on the TSX-V, the Company will be eligible to apply for the resumption of trading on the OTCQB. However, the Company's shares are not currently DTC eligible, which is when a public company's securities are able to be deposited through DTC, the largest securities depository in the world. The Company plans to pursue such DTC eligibility and to announce if and when such is accomplished.

The Company would like to advise that the Happy Transfer service deployed in partnership with Lianlian has been temporarily suspended. As noted in previous news releases, this service is innovative in that it provides a cross border money transfer service in a social messaging platform for persons in the USA to persons in China. Our partner in China, Lianlian is in the process of securing new banking relationships and as a result have suspended service until such time. First Global is working with Lianlian to better understand the timing for service resumption. The Company will consider sourcing alternate partners licensed in China to provide similar services to this very large market should service resumption timelines be unknown or lengthy.

We believe that having Money Transmitter Licenses ("MTL") is a major differentiator for First Global, especially given the increased scrutiny on compliance by banks and regulators, and the evolution of alternate currencies. The Company continues to be engaged with the various regulators toward obtaining the balance of US State licenses. Since January of 2017, the Company successfully obtained approximately 20 new licenses and now has 40 in total, making it one of the more broadly licensed money transmittors in the USA. Since achieving this major milestone, the Company has received much positive attention from potential strategic partners and others. The Company continues to work through the process of obtaining the balance of its US State licenses and we are actively exploring obtaining licenses in Europe and other key markets around the world.

I do sincerely enjoy interacting with our shareholders, listening to your feedback and implementing some of your ideas. Even when things are not going as anticipated—and these situations can become challenging—this continues to be one of the most enjoyable elements of my overall responsiblities. As we have evolved, and especially in light of the historical downward trend in our share price, it has become clear that perhaps we need to improve our messaging and the clarity of the information we share. As a result, we are actively sourcing professional Investor Relations ("IR") support. We believe that this will improve overall communications with our shareholders and the markets. Professional IR can also assist the Company to gain more exposure in the industry, and to convey clear messaging to potential analysts, institutional investors, and other interested parties.

The Company is actively working to retain a full-time CFO since the Company's current interim CFO will no longer be with the Company once the 2017 Audit has been concluded. The Company is committed to strengthening our finance team in a significant way and we have already begun taken measures toward meeting these objectives.

Please accept my sincere gratitude for your ongoing support and I hope that this update has been helpful.

Caution:Neither TSX Venture Exchange Inc. ("TSXV") nor its Regulation Services Provider (as that term is defined in the policies of the TSXV) accepts responsibility for the adequacy or accuracy of this release.

The securities offered have not been registered under the U.S. Securities Act of 1933, as amended, and may not be offered or sold in the United States absent registration or an applicable exemption from the registration requirements. This press release shall not constitute an offer to sell or a solicitation of an offer to buy nor shall there be any sale of the securities offered in any jurisdiction in which such offer, solicitation or sale would be unlawful.

Forward Looking Information:This news release contains "forward-looking information" within the meaning of applicable securities laws. In particular, this press release contains forward-looking statements with respect to the Company's ability to finalize its 2017 Audit within the next two months, have trading resume once 2017 Audit has been filed, pursue DTC eligibility, and improve overall shareholder and market communications via sourcing professional IR support. There can be no assurance with respect to a favourable outcome with respect to any of the foregoing matters. Investors are advised that absent a favourable outcome with all of the foregoing matters, the business and market value of the Company, including the value of its common shares, may be adversely and materially affected. Although First Global believes in light of the experience of its officers and directors, current conditions and expected future developments and other factors that have been considered appropriate, that the expectations reflected in this forward looking information are reasonable, undue reliance should not be placed on them because First Global can give no assurance that they will prove to be correct. Readers are cautioned to not place undue reliance on forward-looking information. Actual results and developments may differ materially from those contemplated by these statements. The statements in this press release are made as of the date of this release. First Global undertakes no obligation to comment on analyses, expectations or statements made by third-parties in respect of First Global, its securities, or financial or operating results (as applicable). First Global disclaims any intent or obligation to update publicly any forward-looking information, whether as a result of new information, future events or results or otherwise, other than as required by applicable securities laws. 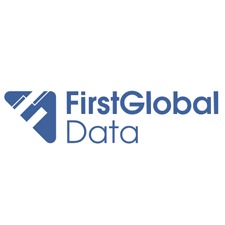