TORONTO, Sept. 27, 2018 /CNW/ - Something spook-tacular is coming to Family Channel this fall, with the premiere of the original anthology series, Creeped Out. Debuting with two back-to-back episodes on Friday, October 5 at 6 p.m. ET/PT, the eerie-sistable new series will have viewers at the edge of their seats, as mysterious circumstances unfold in a collection of intriguing tales. Creeped Out headlines Family Channel's Halloween Lineup, a month-long programming event filled with mystical movies and spellbinding specials. Households across Canada can take advantage of all the amazing programming Family Channel has to offer with a Free Preview available through their cable providers throughout October. Fans who can't wait to get Creeped Out can catch the first episode on the Family Channel App beginning October 1. 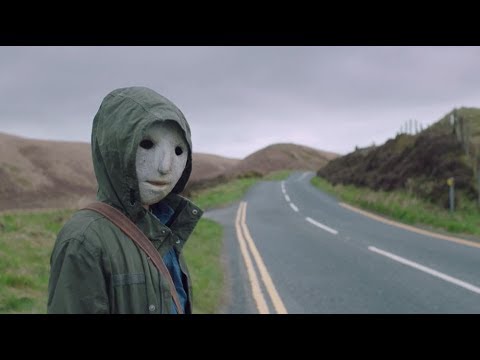 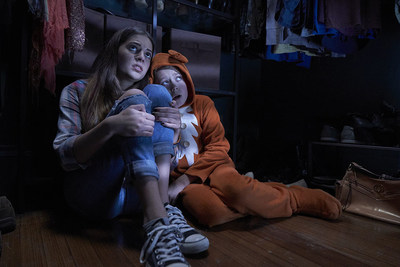 Similar in style to The Twilight Zone, but told from a kid's perspective, Creeped Out is a drama, fantasy, suspense, sci-fi, mystery, horror adventure designed for the entire family. Each episode is a stand-alone story where characters explore their way through the unexplained. All accounts are linked together by "The Curious," a mysterious story collector who appears at the beginning and end of each episode. From trolls to puppets to aliens to time travel, there's a spine-tingling tale for everyone.

In the premiere episode, "Marti," Kim's just got a new phone, with a helpful AI called Marti. She's thrilled to find it's making her more popular at school, but before long, Marti starts to get obsessed with Kim, and she starts to lose control of him. Throughout October, new episodes will haunt the network every Friday at 6 p.m. and 6:30 p.m. ET/PT, culminating in a monstrous marathon beginning at 4:30 p.m. ET/PT on Halloween.

Bat's not all! Boys and ghouls will be treated to hair-raising Halloween programming throughout October including: R.L. Stine's The Haunting Hour (Friday – Sunday at 9 p.m. ET/PT) Miss Peregrine's Home for Peculiar Children (Friday, October 12 at 7 p.m. ET/PT); A Monster in Paris (October 14 at 3 p.m. ET/PT); Hotel Transylvania (Sunday, October 28 at 3 p.m. ET/PT); and It's the Great Pumpkin, Charlie Brown (October 30 at 7:30 p.m. ET/PT and October 31 and 4 p.m. ET/PT). Plus, the stars of Massive Monster Mayhem will be taking over Family's weekend lineup to host monster-themed morning marathons from top series such as Supernoobs, Miraculous: Tales of Ladybug & Cat Noir, Johnny Test and Troll Hunters: Tales of Arcadia.For a complete schedule, please visit Family.ca.

For little goblins on the go, two new playlists (Halloween and Massive Monster Takeover) have been added to the Family Channel App for parents and kids to find all of their favourite themed-content in one place. New episodes of Creeped Out will also premiere weekly on the App and Family OnDemand, following their on-air broadcasts.

Commissioned by Family Channel and CBBC, Creeped Out is a Canada-UK co-production between DHX Media and BBC Children's Productions. The series is created and executive produced by Bede Blake (The Evermoor Chronicles, Hank Zipzer) and Robert Butler (Eastenders, Hollyoaks), with all of the Canadian episodes directed by Bruce McDonald (Weirdos).

Family Channel offers the best in family television entertainment in a premium, high-definition, multiplatform environment. Dedicated to celebrating family life and providing a daily vacation for Canadian families, Family airs a unique mix of top-rated Canadian and acquired series, movies and specials. Family Channel subscribers have access to The Family Channel App, Family OnDemand and Family Online at no additional cost, to see hit movies and series when they want them, where they want them. Visit us at Family.ca.

About DHX Television DHX Television is composed of Family Channel, Family CHRGD, Family Jr. and Télémagino, and is part of DHX Media Ltd., a leading creator, producer, marketer and broadcaster of family entertainment. Dedicated to celebrating family fun, DHX Television delivers best-in-class programming through premium subscriptions and its original production mandate, and creates and produces captivating in-market events that appeal to Canadian families. DHX Television is home to world-renowned series including The Next Step, Degrassi: Next Class and Teletubbies. DHX Media Ltd. has offices globally, and is traded on the NASDAQ and Toronto Stock Exchange