TORONTO, Nov. 9, 2017 /CNW/ - Dixon Hall is excited to announce that we will soon begin construction on a brand new youth centre in the heart of Regent Park. Thanks to generous support from the federal and provincial governments, and the City of Toronto, along with significant contributions from the business community and private donors, Dixon Hall has raised over $5-million in support of the new facility. 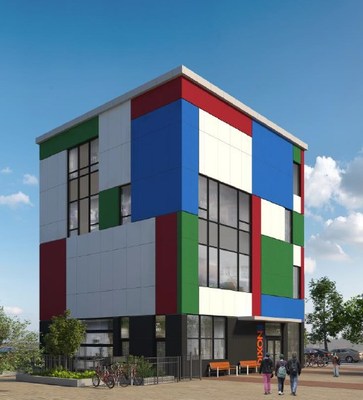 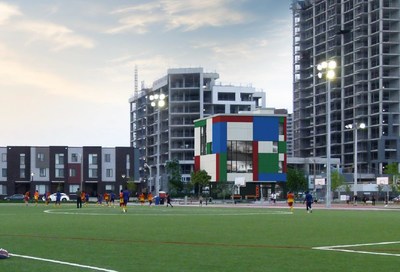 Yesterday, the Honourable Bill Morneau, Minister of Finance and Member of Parliament for Toronto Centre, on behalf of the Honourable Amarjeet Sohi, Minister of Infrastructure and Communities, the Honourable Bob Chiarelli, Ontario Minister of Infrastructure and Member of Provincial Parliament for Ottawa West–Nepean, His Worship John Tory, Mayor of the City of Toronto, and Neil Hetherington, Chief Executive Officer, Dixon Hall, announced joint federal and provincial funding of $500,000 for the Dixon Hall Youth Centre, an important part of the Regent Park revitalization in Toronto.

The governments of Canada and Ontario are each contributing up to $250,000 to this project. The Government of Canada's investment is through the Building Canada Fund - Provincial Territorial Infrastructure Component – National and Regional Projects. The City of Toronto is providing $1,000,000 in funding for the project. The Toronto Community Housing Corporation is leasing the land at no cost, and Dixon Hall is providing the remainder of the project costs through fundraising efforts.

The Daniels Corporation has also provided vital support to the project.

The Dixon Hall Youth Centre is a 10,000 square foot community centre that will offer a space for youth to have mentoring and learning opportunities. The Centre will be located at the corner of Wyatt and Nicholas Avenues, next to the new Regent Park Athletic Grounds, and will include a welcome centre, a youth action centre, a modern kitchen, multipurpose rooms, and a recording studio and jam room. The project will benefit the surrounding community by providing a larger space with enhanced amenities that will allow for the expansion of existing children and youth programs, including mentorship, health, sport and music programs, for vulnerable and at-risk youth in the Regent Park area.

"This is an immensely important facility for the youth we serve, and the Regent Park community," said Neil Hetherington, Dixon Hall CEO. "We are so grateful to the federal and provincial governments for their support of this vital project, and to our other generous contributors who have helped turn this dream into a reality."

Dixon Hall has raised over $5-million for the construction of the new youth centre. In addition to support from all three levels of government, the project has received generous contributions from private donors and the business community. The Honourable Bill and Cathy Graham committed a lead gift of $1-million to the new youth centre, and the building will be named in their honour. The youth centre also received significant support from the private sector with generous donations from The Daniels Corporation, BMO Financial Group, Employees of CIBC Capital Markets, through United Way Toronto and York Region Campaign, EY, Freedom Mobile, RBC Foundation, Scotiabank and TD Bank Group.

About Dixon Hall Dixon Hall is a multi-service agency located in the heart of east downtown Toronto. For more than 85 years, Dixon Hall has been serving the community by offering a diverse range of more than 60 programs and services, including homeless shelters, award-winning employment services, seniors programming, children and youth activities and a nationally renowned Music School.