HALIFAX, NS, Feb. 8, 2018 /CNW/ - DHX Media (or the "Company") (TSX: DHX.A, DHX.B; NASDAQ: DHXM), A Stark Production and Technicolor announce that Australia's ABC ME has ordered 13 new half-hour episodes of the global hit series The Deep, bringing the total number of episodes to 52 half-hours. Season three of The Deep will be available to Netflix members worldwide, and on DHX Media's own Family CHRGD in Canada. 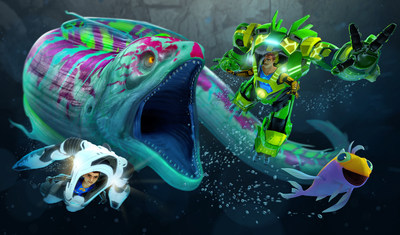 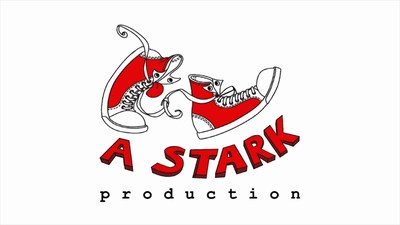 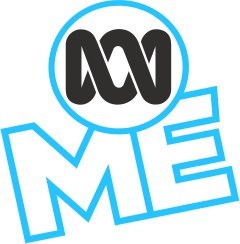 "ABC ME brings children content that they love and we are excited to be expanding that experience with a new season of The Deep – a high quality and engaging underwater adventure series like no other," said Michael Carrington, Head of ABC Children's Television.

"Since its debut, The Deep has brought waves of excitement to kids and families worldwide," said Josh Scherba, EVP, Content and Distribution, DHX Media. "With a third season now greenlit, and a host of licensing deals signed, the brand has become a bona fide global hit. Audiences love The Deep because it blends the closeness of family life with thrilling undersea adventures, teaching life lessons while sparking curiosity and a thirst for discovery. Working alongside Technicolor and A Stark Production, we've created something very special with The Deep."

Avrill Stark, CEO, A Stark Production, and Executive Producer of The Deep, said: "We are extremely pleased to be announcing a third season of The Deep with our wonderful collaborators, DHX Media and Technicolor. With broadcast and streaming support from ABC, Netflix and Family CHRGD, plus some exciting licensing deals in place, we are looking forward to the continued local and international success of The Deep."

The Deep follows the adventures of the Nekton family—a brilliant team of underwater explorers. With state-of-the-art technology and an unquenchable thirst for discovery, the Nektons explore the mysterious depths of the ocean, where most of our world lies unexplored and unexplained.

In season three, the Nektons are back and the Monumentials—huge creatures capable of changing the world—are waking from their long slumber! To put the giants back to sleep, Ant, Fontaine, Will and Kaiko must find the ancient city of Lemuria and harness its secret. Dangerous pirates, fantastic creatures and tantalizing mysteries will confront them along the way. But even with unexpected help from Jeffrey the Fish, they're running out of time.

The Deep is a global hit that has garnered numerous industry awards, including the 50th Annual AWGIE Awards in Australia for Children's Television (5-14 years old), the 2017 Kidscreen Award for Best New Series (Kids Category) and the Golden Sparrow Award at the 2017 German Children's Media Festival.

The love for The Deep and its characters is also extending into consumer products and licensing initiatives, through a host of previously announced deals brokered by Technicolor and CPLG. Simba Toys has been appointed master toy partner, and is creating the show's first toy line, which will see the launch of a range of figures, playsets and role-play toys and accessories, followed by outdoor, die-cast and radio-controlled vehicles and wheeled toys to roll-out at retail in Germany, Austria, Switzerland, UK, and Nordic countries in Fall 2018.

In addition, a 4-D theatrical experience, The Deep: Mystery of the Ancient Amulet, is set to premiere in spring 2018; a music soundtrack from seasons one and two from Air-Edel Records was released in fall 2017; and fans in the U.K. and Germany recently enjoyed interactive entertainment experiences of The Deep at over 20 SEA LIFE aquariums, produced in collaboration with Merlin Entertainments Group.

The Deep is a co-production between Australia-based A Stark Production (scripts, design and music) and Canada-based DHX Media (animation, voices and post-production), with distribution also handled by DHX Media. Technicolor, underlying rights holder to The Deep, has oversight of the brand's licensing extensions, with CPLG, a DHX Media company and one of the world's leading licensing agencies, serving as the multi-territory licensing agent for the brand, including North America, EMEA (excluding Germany) and Latin America.

The Deep was originally optioned from Nekton Productions. The television series is based on the Aurealis Award-winning graphic novel series, The Deep, which was created by multi-award-winning, best-selling comic book author and playwright Tom Taylor (All-New Wolverine, Earth 2, Superior Iron Man, Batman: Legends of the Dark Knight, Injustice: Gods Among Us, Star Wars: Blood Ties) and co-creator, artist James Brouwer (Justice League Beyond), and published by Wolfgang Bylsma and Skye Ogden's Gestalt Comics. Robert Chandler serves as an Executive Producer on the television series, on behalf of Nekton Productions.

About DHX MediaDHX Media Ltd. (TSX: DHX.A, DHX.B; NASDAQ: DHXM) is a leading children's content and brands company, recognized globally for such high-profile properties as Peanuts, Teletubbies, Strawberry Shortcake, Caillou, Inspector Gadget, and the acclaimed Degrassi franchise. One of the world's foremost producers of children's shows, DHX Media owns the world's largest independent library of children's content, at 13,000 half-hours. It licenses its content to broadcasters and streaming services worldwide and generates royalties through its global consumer products program. Through its subsidiary, WildBrain, DHX Media operates one of the largest networks of children's channels on YouTube. Headquartered in Canada, DHX Media has 20 offices worldwide. Visit us at www.dhxmedia.com.

About A Stark Production Pty. Ltd (ASP)A Stark Production (ASP) is a leader in the creative development and production of quality children's animation and teams with global partners to deliver successful internationally co-produced shows. From its inception the company has been led by Avrill Stark, an independent and highly creative producer who has teamed with companies to produce series across a broad age range, preschool – teens. She has received many nominations and awards for outstanding animation: the prestigious UNICEF Award at Annecy, the Elan Award for Best Animated Television Production and numerous nominations for the Australian Film Industry (AFI) Awards. ASP prides itself on the development of both series and feature films with a diverse appeal both in animation and live action for children. Above all we make 'having fun' a priority in our pursuit of excellence!

DisclaimerThis press release contains "forward-looking statements" under applicable securities laws with respect to DHX Media including, without limitation, statements regarding the business strategies and operational activities of DHX Media, including international demand for The Deep, expected impact of the new content and international expansion on the brand's merchandising, consumer products and licensing potential, the timing for the release of new episodes of The Deep, and the timing and release of consumer products associated with The Deep.  Although the Company believes that the expectations reflected in such forward-looking statements are reasonable, such statements involve risks and uncertainties and are based on information currently available to the Company. Actual results or events may differ materially from those expressed or implied by such forward-looking statements. Factors that could cause actual results or events to differ materially from current expectations, among other things, include risk factors discussed in materials filed with applicable securities regulatory authorities from time to time including matters discussed under "Risk Factors" in the Company's most recent Annual Information Form and annual Management Discussion and Analysis, which also form part of the Company's annual report on Form 40-F filed with the U.S. Securities and Exchange Commission. These forward-looking statements are made as of the date hereof, and the Company assumes no obligation to update or revise them to reflect new events or circumstances, except as required by law.