Highlights for the Year Ended December 31, 2015

Ironhand Drilling Inc. ("Ironhand") was acquired on May 15, 2014 and renamed CWC Ironhand Drilling which represents our Contract Drilling segment. CWC's Contract Drilling segment has a fleet of nine telescopic double drilling rigs with depth ratings from 3,200 to 4,500 metres, eight of nine rigs have top drives and the rig fleet has an average age of six years. In 2015, Rig #3 was upgraded to include a Pad Rig Walking System. All of the drilling rigs are well suited for the most active depths for horizontal drilling in the WCSB, including the Montney, Cardium, Duvernay and other deep basin horizons.

The 2015 decrease in commodity prices which is being driven by record global production levels, growing storage levels, and persistent demand concerns resulted in E&P companies in the WCSB reducing total wells drilled in 2015 by 52% compared to 2014, in an effort to conserve their cash resources until commodity prices recover.

CWC is the second largest service rig provider in the WCSB, based on our total modern fleet of 74 service rigs as at December 31, 2015. The Company's service rig fleet consists of 41 single, 27 double, and 6 slant rigs. CWC's fleet is amongst the newest in the WCSB. Rig services include completions, maintenance, workovers and abandonments with depth ratings from 1,500 to 5,000 metres. Given the current downturn in the industry, CWC has chosen to park ten of its service rigs and focus its sales and operational efforts on the remaining 64 service rigs.

Production Services revenue was $14.0 million for the quarter, $53.5 million for the year, down $11.6 million (45%) and $51.3 million (49%) respectively year-over-year. CWC, like the oilfield services industry in general, continues to be impacted by lower crude oil prices negatively impacting E&P company's capital spending and the resultant reduction in pricing due to competitive pressure. Service rig operating hours of 21,008 in Q4 2015 was the best quarter in 2015 for the Company with approximately 26% more operating hours than Q1 2015 and Q3 2015. In addition the Company's operating hours were the third highest amongst all CAODC registered service rig companies for Q4 2015. CWC's increased activity in Q4 2015 was due to: (i) a focus on production work; (ii) an increase in market share with active senior E&P companies; and (iii) an aggressive pricing strategy initiated in September 2015. However, this increased activity is offset by a decline in revenue per hour which has decreased approximately 6% from Q3 2015 and 22% from Q4 2014. Coil tubing utilization was 23% in Q4 2015 compared to 32% in Q4 2014 as the low commodity prices in Q4 2015 delayed start dates on planned customer projects. The decrease of 20% in coil tubing units' average hourly rate from Q4 2014 is a function of less SAGD work in Q4 2015 compared to Q4 2014 and overall pricing pressures from our E&P customers.

A 2016 capital expenditure budget of $2.6 million was approved by the Board of Directors on December 8, 2015 comprised entirely of maintenance and infrastructure capital related to recertifications, additions and upgrades to field equipment for the drilling rig, service rig and coil tubing unit divisions as well as for information technology.

In January and February 2016, crude oil and natural gas prices continued to decline, hitting lows of approximately US$26.19/bbl and $1.46/GJ, respectively. The slowdown in North American drilling activity levels has not yet resulted in a meaningful reduction in inventory to global crude oil supplies. Prospects for any significant supply and demand rebalance in 2016 is becoming increasingly unlikely resulting in further reductions in commodity price forecasts by analysts. On January 27, 2016, Petroleum Services Association of Canada ("PSAC") revised its 2016 forecast of wells drilled by 5% to 4,900 wells from 5,150 wells forecast on November 3, 2015. The 2016 forecast represents a 7% reduction from 2015 total of 5,292 wells drilled. Under such a scenario, CWC anticipates activity levels and pricing to remain at or below Q4 2015 levels for the remainder of 2016.

In response to the lower activity levels and pricing pressures, CWC was successful in reducing the cost structure and cash requirements for 2015 and beyond. CWC expects lower drilling activity and ongoing pricing pressure through 2016 which will further negatively impact CWC's revenue, EBITDAS and Funds from Operations. While the $33.0 million of 2015 cash saving initiatives will benefit 2016, additional opportunities for further cost savings have been and will continue to be considered throughout 2016.

In November 2015, the Company amended its credit agreement with its banking syndicate to, among other changes, relax the Consolidated Debt to Consolidated EBITDA financial covenant through 2016. At December 31, 2015, CWC is in compliance with all financial covenants on its credit facility however operating conditions have worsened in early 2016 due to lower crude oil and natural gas pricing and an early spring break-up due to unusually warm winter temperatures. CWC's Consolidated Debt to Consolidated EBITDA financial covenant is sensitive to the prolonged decline in oilfield services activity and failing to comply with this covenant could lead to restrictions on the Company's ability to access its credit facility in the future. As a result, discussions with CWC's banking syndicate are underway and based on discussions to date, the Company expects to successfully negotiate acceptable amendments to the Credit Facility in a timely manner.

While CWC maintains focus on its cost structure in a lower oilfield services activity environment, it is also mindful of taking advantage of opportunities that may be created during these times in the commodity cycle. Management continues to evaluate strategic opportunities and pursue those it believes will fundamentally position CWC well for the future with the overriding criteria of being able to create long-term shareholder value.

CWC has accepted the resignation of Brian Weighill, Vice President, Sales & Marketing (Drilling), effective April 26, 2016, so that he may pursue other opportunities. CWC has begun a search to identify candidates to replace Mr. Weighill. "On behalf of Management and the Board of Directors, I would like to thank Brian for his significant contributions to the success of CWC and wish him continued success in his future endeavours," said Duncan Au, President and Chief Executive Officer.

This news release contains certain forward-looking information and statements within the meaning of applicable Canadian securities legislation. Certain statements contained in this news release including most of those contained in the section titled "Outlook" and including statements which may contain such words as "anticipate", "could", "continue", "should", "seek", "may", "intend", "likely", "plan", "estimate", "believe", "expect", "will", "objective", "ongoing", "project" and similar expressions are intended to identify forward-looking information or statements. In particular, this news release contains forward-looking statements including management's assessment of future plans and operations, planned levels of capital expenditures, expectations as to activity levels, expectations on the sustainability of future cash flow and earnings, expectations with respect to oil and natural gas prices , activity levels in various areas, continuing focus on cost saving measures, expectations regarding the level and type of drilling and production and related drilling and well services activity in the WCSB, expectations regarding entering into long term drilling contracts and expanding its customer base, expectations with respect to the potential amendments of financial covenants in the Company's credit facility and the ability to maintain sufficient liquidity and access debt financing in the future, the timing for the filing of the Financial Statements and MD&A and expectations regarding the business, operations and revenue of the Company in addition to general economic conditions.

Although the Company believes that the expectations and assumptions on which such forward-looking information and statements are based are reasonable, undue reliance should not be placed on the forward-looking information and statements because the Company can give no assurances that they will prove to be correct. Since forward-looking information and statements address future events and conditions, by their very nature they involve inherent risks and uncertainties. Actual results could differ materially from those currently anticipated due to a number of factors and risks. These include, but are not limited to, the risks associated with the drilling and oilfield services sector (i.e. demand, pricing and terms for oilfield drilling and services; current and expected oil and gas prices; exploration and development costs and delays; reserves discovery and decline rates; pipeline and transportation capacity; weather, health, safety and environmental risks), integration of acquisitions, competition, and uncertainties resulting from potential delays or changes in plans with respect to acquisitions, development projects or capital expenditures and changes in legislation, including but not limited to tax laws, royalties and environmental regulations, stock market volatility and the inability to access sufficient capital from external and internal sources. Accordingly, readers should not place undue reliance on the forward-looking statements. Readers are cautioned that the foregoing list of factors is not exhaustive. Additional information on these and other factors that could affect the Company's financial results are included in reports on file with applicable securities regulatory authorities and may be accessed through SEDAR at www.sedar.com. The forward-looking information and statements contained in this news release are made as of the date hereof and the Company undertakes no obligation to update publicly or revise any forward-looking information or statements, whether as a result of new information, future events or otherwise, unless so required by applicable securities laws. Any forward-looking statements made previously may be inaccurate now. 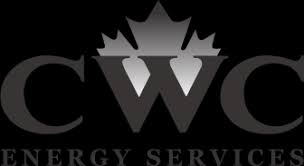