HALIFAX, Dec. 1, 2017 /CNW/ - Clearwater Seafoods welcomes the Anne Risley into its fleet of clam vessels this morning during an official ceremony at Pier 21 in Halifax. This vessel further strengthens Clearwater's commitment to delivering the highest quality, frozen-at-sea, wild-caught Arctic surf clams to its customers around the world. 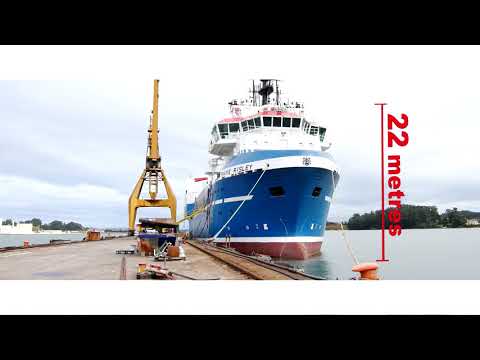 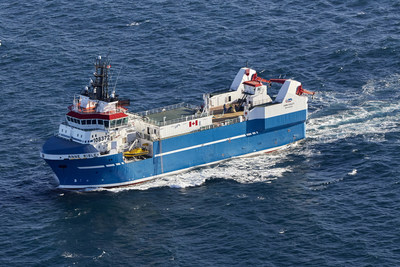 "The Anne Risley represents a $70 million investment to replace an existing 31 year-old clam vessel with a state-of-the-art factory ship that will deliver significant productivity and efficiency improvements to Clearwater's clam fleet," said Ian Smith, CEO, Clearwater Seafoods. "This investment follows the launch of the Belle Carnell in July 2015, which now completes Clearwater's fleet modernization program, creating one of the most modern and technologically advanced fishing fleets in the world."

Named after Clearwater co-founder John Risley's late mother, a Red Cross nurse and devoted mother of four, the Anne Risley will harvest Arctic surf clams year-round off the coasts of Nova Scotia and Newfoundland and Labrador. The vessel measures an impressive 73.4 metres in length and is equipped with most up-to-date systems and multi-beam sonar technology.

The clams harvested by the Anne Risley and her crew will be automatically shucked and individually-quick-frozen within an hour of catch using the vessel's proprietary and advanced harvesting and processing technologies. Products will be sold almost exclusively into international, high-value sushi and sashimi markets, greatly expanding both Clearwater and Canada's seafood exports to the North American, Asian and European markets.

"Global demand for seafood is outpacing supply, creating favourable market dynamics for vertically-integrated producers," said Smith. "This investment is another demonstration of Clearwater's ongoing commitment to create the greatest economic return for the fishery, while ensuring the principles of fisheries conservation science are upheld and respected, with resources safeguarded for future generations," concluded CEO Ian Smith.

Arctic surf clams are blanched and individually-quick-frozen (IQF) onboard Clearwater's vessels within an hour of harvesting. After arriving at Clearwater's processing facility, clams are sorted, size graded and rigorously quality control tested before being packaged in a variety of formats. Clearwater is the global provider of Arctic surf clams.

About ClearwaterClearwater is one of North America's largest vertically-integrated seafood companies and the largest holder of shellfish licenses and quotas in Canada. It is recognized globally for its superior quality, food safety, diversity of species and reliable worldwide delivery of premium wild, eco-certified seafood, including scallops, lobster, langoustine, clams, whelk, coldwater shrimp and crabs.

Since its founding in 1976, Clearwater has invested in science, people and technological innovation as well as resource ownership and management to sustain and grow its seafood resource. This commitment has allowed it to remain a leader in the global seafood market and in sustainable seafood excellence.

Clearwater is one of North America's largest vertically integrated seafood companies and the largest holder of shellfish licenses and quotas in Canada. It is recognized globally for its superior quality, food safety, diversity of species and reliable worldwide delivery of...