LOS ANGELES and SAINT JOHN, NB, Nov. 26, 2018 /CNW/ - Civilized Worldwide Inc. ("Civilized"), a leading media and lifestyle brand that embraces and highlights modern cannabis culture, today announced plans to acquire The 420 Games, North America's only events company that shines a spotlight on the complementary pairing of cannabis and athleticism. Both brands have a shared goal of de-stigmatizing cannabis use and creating a new cultural narrative. 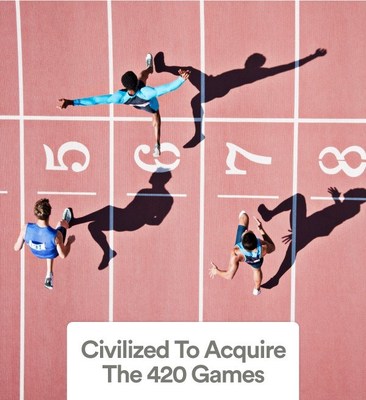 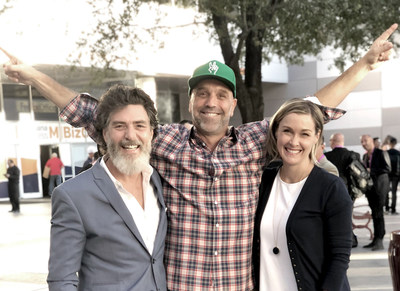 The acquisition will further secure Civilized's foothold in the U.S., particularly in California, the world's largest, fastest-growing legalized recreational cannabis market. It will also create new revenue opportunities and reach new audiences as Civilized continues along its growth trajectory. The company plans to scale The 420 Games across North America beginning in early 2019.

"Civilized has wrapped its arms around a tribe of millions of people, many of whom are 'cannathletes,'" says Derek Riedle, Publisher of Civilized. "By combining the bench strength of our event experts with The 420 Games' established brand and significant following, we can work together to change perceptions and reduce stigma by showcasing cannabis's role in active, productive lifestyles."

The 420 Games hosts athletic competitions across the U.S. that highlight cannabis consumption as part of a balanced, healthy lifestyle. The 420 Games has attracted 20,000 cannatheletes since its inception in San Francisco in 2014.

"I started The 420 Games to erase prevalent, untrue stereotypes about cannabis consumers," says Founder, Executive Director and cannabis influencer Jim McAlpine. "Our participants are not only active in their athletic pursuits, but in their communities and their approach to health and wellness. Civilized is creating a movement and leading cannabis culture into the mainstream. Our missions are completely aligned and the synergy of the two brands is undeniable. Under Civilized's leadership, The 420 Games will accomplish great things."

McAlpine will become a Civilized employee and will remain involved in the event management and growth of the "cannathlete" social movement and de-stigmatization of cannabis led by The 420 Games and Civilized. He is a passionate proponent of cannabis as a viable alternative to opioids, and has been a featured speaker at Harvard Medical School and mainstream events such as the Super Bowl and SXSW Music Festival.

This planned acquisition is expected to close by the end of 2018 following the completion of the final due diligence review.

About Civilized Worldwide Inc.:Founded in 2015, with offices in New Brunswick and California, Civilized is a leading media and lifestyle brand that embraces and highlights modern cannabis culture, reflecting the millions of adults who choose to enjoy cannabis as part of a balanced lifestyle, but don't define themselves by it. Reaching more than 3 million unique monthly visitors North America-wide, Civilized produces engaging content for and about people who enjoy cannabis responsibly. Other verticals include Civilized Studios, a video network available to 100+ million viewers that fills the void of broadcast quality video and original series in the cannabis space, and Civilized Events, exclusive branded experiences for both the cannabis industry and consumers – from intimate dinner parties to large-scale events like the second annual World Cannabis Congress happening June 16-18, 2019 in Saint John, New Brunswick. For more information, visit civilized.life.

About The 420 Games:The 420 Games is a national athletic events company founded by cannabis advocate Jim McAlpine. The 420 Games was established in San Francisco in 2014 to de-stigmatize cannabis use, in particular cannabis consumption combined with athletic pursuits. More than 20,000 cannathletes have competed in The 420 Games hosted across the U.S. Future 420 Games events will take place internationally including in Canada, the first G-7 county to legalize recreational cannabis. For more information, visit 420games.org.