TORONTO and SHENZHEN, China, Aug. 28, 2018 /CNW/ - Sino-Canada International Innovation Centre (Sci Innovation Centre) is pleased to announce the launch of the Innovation Festival of Toronto and Shenzhen commencing on Saturday, October 13, 2018, in Toronto. 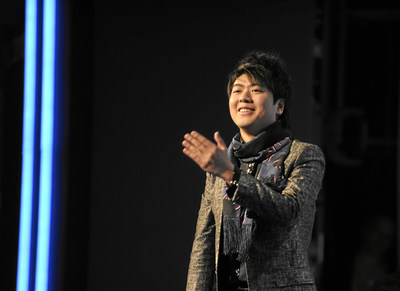 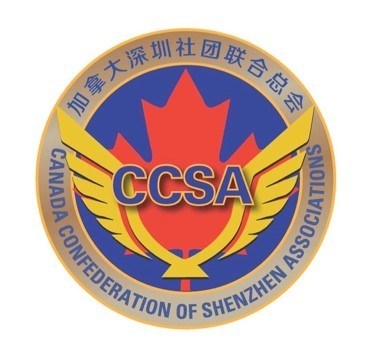 The one-day event is jointly sponsored by the Shenzhen Municipal Government and the City of Toronto. The Sci Innovation Festival 2018 will be another international innovation summit connecting policy and economy, capital and technology with thousands of guests. The event is co-organized by the Canada Confederation of Shenzhen Associations (CCSA) and Shenzhen Community Association of Canada (SCAC), which is a newly established subsidiary association of the Sci Innovation Centre. The Shenzhen Community Association aims to enrich its members' lives and help them adapt to Canadian society.

This year's festival marks the first appearance of renowned pianist Lang Lang, who will be performing "Melody of Shenzhen: Lang Lang and His City" and delivering an address to delegates and guests in his official capacity as Ambassador of Shenzhen. Originally from China, Lang is an internationally regarded classical artist who has performed with many of the leading orchestras from around the world. Lang is widely considered a superstar in the world of classical music and his appearance highlights the significance of the Sci Innovation Festival to both Toronto and Shenzhen.

"I am proud to represent the city of Shenzhen at the Sci Innovation Festival 2018. As an ambassador for Shenzhen, it's always been a privilege to communicate the richness of the culture and the depth of innovation in the business, science and technology industries. My appearance and performance at the Festival underscore my mission to share the splendour of Shenzhen with dynamic business and cultural centres like Toronto," says Lang.

The first Sci Innovation Centre in Canada will be inaugurated at the Festival. The Centre was established in 2017, as a co-venture between the Canada Confederation of Shenzhen Associations (CCSA) and Shenzhen Flat Panel Display Industry Association (SDIA). It is based on two robust innovation cities: Toronto and Shenzhen, and is dedicated to helping innovators, inventors and entrepreneurs transform their ideas into market success.

Scheduled to appear at the Festival are Toronto Deputy Mayor Denzil Minnan-Wong, who will speak on the friendship between Toronto and Shenzhen and the significance of innovation exchange; Steve Mann, the acclaimed Canadian inventor and researcher best known for his breakthroughs in wearable computing; Songnian Zhou, long regarded as the father of platform computing; and Dr. Brian Courtney the CEO of Conavi Medical, a medical device company that provides image technologies for cardiovascular procedures.

The Sci Innovation Festival 2018 will boast an impressive lineup of entrepreneurs and thought leaders in artificial intelligence, clean energy and biomedical technology from both China and Canada. Wang Gang, the Deputy Secretary-General, will lead the Shenzhen delegation. Officials of the Federal Government of Canada, the Provincial Government of Ontario, the Municipal Governments of the Greater Toronto Area, as well as leaders in industry, will be honoured guests and speakers

There will also be an online ceremony to inaugurate Toronto City Plus, an online portal that compiles and shares international communications. The site is sponsored by Shenzhen Foundation for International Exchange and Cooperation and the Sci Innovation Centre.

Liu further added that the Toronto-Shenzhen International Innovative Cultural Festival provides an opportunity to increase cooperation in the areas of innovation, high-tech, commerce and international trade between Toronto and Shenzhen.

The Toronto-Shenzhen International Innovative Cultural Festival will take place on Saturday, October 13th at 15:30 pm to 9:30 pm in the Westin Harbour Castle, One Harbour Square, Toronto.