PARIS, Feb. 28, 2019 /CNW/ -- Recently, the "2019 World Aesthetics Development Forum", held in Carrousel du Louvre of Paris, gathered together nearly 180 top ranked designers working in architecture, art and luxury fields from France, China and other countries, to discuss the future trends of global aesthetics, art and design, and reach a "world-wide consensus on aesthetics". In the global spotlight, the China "SHAN-SHUI" officially launched its world premiere. 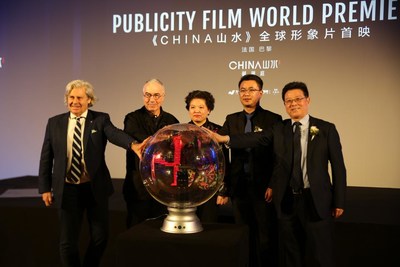 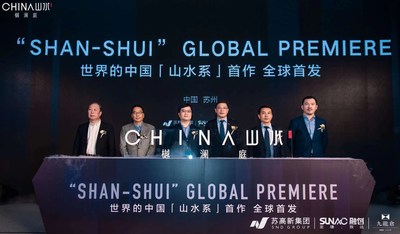 Based on the national strategy Chinese "SHAN-SHUI City", SHAN-SHUI Yue Lan Ting is the first international Chinese artwork in the world that integrates traditional SHAN-SHUI beliefs, oriental aesthetics and contemporary minimalist design concept, officially settling in Suzhou, which is known for its SHAN-SHUI gardens in China. The architects of SHAN-SHUI Yue Lan Ting presented and elaborated on the design concepts and details to the participating experts. The Nine Method of SHAN-SHUI, the international Chinese aesthetics rules they created, conveyed and redefined contemporary Chinese aesthetics to the world. Experts commented that they were shocked by the Chinese SHAN-SHUI aesthetics and the outstanding creation of Chinese architects.

Explaining SHAN-SHUI to the crowd, the organizers expressed that it's unlike the concrete treatment of nature in Western art; SHAN-SHUI is the most important gene of Chinese aesthetics, not only emphasizing abstraction, white space, and freehand brushwork, but is also endowed with strong personification and has a profound influence on world aesthetics. Cultural and aesthetic communications have no borders. SHAN-SHUI can make the world understand Chinese culture and contemporary creativity better and also make a unique contribution to the development of aesthetics in the world.

Besides Paris, this forum was held in Beijing and Suzhou of China. This is a heavyweight exchange of Eastern and Western aesthetics as well as a historic occasion of Chinese SHAN-SHUI going to the world.