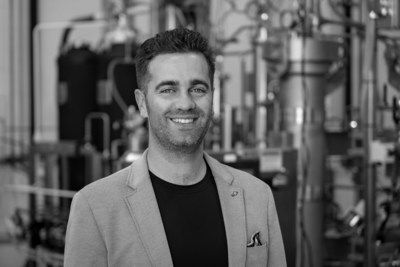 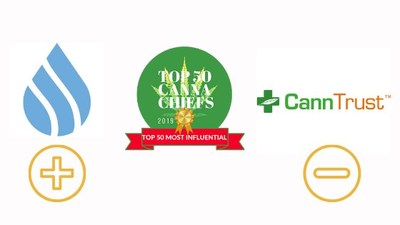 After careful consideration, CannaChiefs Media has opted to remove CannTrust's CEO Peter Aceto from their coveted TOP 50 Most Influential Canna Chief honors. Considering the serious allegations of unlicensed growing activities, Health Canada has put on hold roughly five tonnes of dried cannabis from CannTrust Holdings' cultivation facility in Pelham, Ontario. CannTrust established a hold of its own on about 7.5 tonnes of dried Cannabis equivalent at its Vaughn, Ontario production facility that was earlier produced at the Pelham site.

When asked why the company used 5 unlicensed rooms to grow cannabis between October 2018 and March 2019 as it said was sited by Health Canada, CEO Peter Aceto was quoted in a recent release, "We made errors in judgement." But he said CannTrust is "taking Health Canada's feedback seriously and is already taking action to ensure that we are compliant in all aspects of our business."

A Health Canada inspection on June 17 revealed the Pelham property was not in compliance with regulations. The company said that two issues were noted: the growing of Cannabis in 5 unlicensed rooms between October and March and "inaccurate information" provided by CannTrust Employees.

Investors made it clear last week that they no longer trust CannTrust Holdings Inc. The company's regulatory breach may further erode consumers' trust in the legal cannabis market as well. The company's stock plunged 48 per cent over the five trading days since regulators found it grew pot in unlicensed rooms and provided "false and misleading" information to inspectors, erasing $228 million (US$174 million) in market value. CannTrust halted all sales and shipments of its products, and the Canadian government may suspend or even cancel its license in response.

Many say it will take a "white knight" scenario to save CannTrust and several Canadian LPs have already been contacted by major banks to gauge interest in acquiring CannTrust. Such a move could help stave off the worst-case scenario of losing its sales or processing licenses as a result of unlicensed production at one of its facilities. As well, one Canadian producer has already approached Health Canada to enquire if the Federal regulator would be amenable to another company taking control of CannTrust to ensure the company becomes fully compliant with growing and processing legal pot.

CannaChiefs Media Editor, Hanni Monk says,  "The negligence demonstrated by CannTrust's non-compliance will negatively impact the Canadian legal cannabis market. Product shortages and high prices are already driving consumers back to the black market, we feel that the captain at the helm needs to be held accountable; therefore, after careful consideration we have opted to remove CEO Peter Aceto from the 2019 Top 50 Most Influential Canna Chiefs listing." "We do not take this lightly", Monk added, "I personally reached out to Mr. Aceto's camp and Peter directly to hear their side of the story. Unfortunately, they opted not to reply which left me with no other choice".

CannaChiefs Media announced earlier today that Joel Sherlock, Co-Founder & Chairman of Vitalis Extraction Technologies had been selected by their editorial team as the replacement to round out the 2019 TOP 50 Most Influential Canna Chiefs honors. When informed of his inclusion for the 2019 honors, Joel modestly stated, "I am deeply humbled to be named on this list, thank you. I also feel great honor to call many on this list partners (clients), and more importantly friends."

A serial entrepreneur and business leader, Joel is a born connector who has been building great teams and delivering the expertise to execute. Joel has been at the helm of 9 successful start-ups and corporate exits, including one of BC's top private real estate brokerages, a national first action sports e-commerce company, a successful corporate consulting firm and a few private equity funds. Joel's time is now focused on Vitalis Extraction Technologies, Spectrum Asset Leasing and Doventi Capital. "Joel is both a popular and sought after thought leader in the Canadian Cannabis landscape and rightfully one of the TOP 50 Most Influential Canna Chiefs of 2019!", says Monk.

We are preparing for the 2020 TOP 50 Most Influential Canna Chiefs listing. If you would like to nominate anyone from the industry, please email us at [email protected] subject line: 2020 TOP50 Candidate and let us know who you would like us to consider and why they would be ideal for our TOP50 list in 2020.

We help executives elevate their personal brand in the Cannabis Industry. For the industry's top players, we offer annual recognition as a Top 50 Most Influential Canna Chief, PR and keynote speaking opportunities. We also curate content and breaking news every day to keep cannabis leaders on top of the latest industry trends. Our subscribers benefit from easy access to a comprehensive global directory of cannabis businesses, industry suppliers and associations. Sign up for a free account today and gain access to exclusive content that will help you achieve your goals in the Cannabis Industry. CannaChiefs Media also provides cannabis news PR dissemination, branding, marketing and advertising for third parties for corporate news and original content through our unique media platform that includes Newswire Delivery, Digital Advertising, Social Media Relations, Video Production, Broadcasting, and Interactive Workshops.