RightMesh features in film exploring the technology that is helping solve world hunger, the refugee crisis and income inequality. 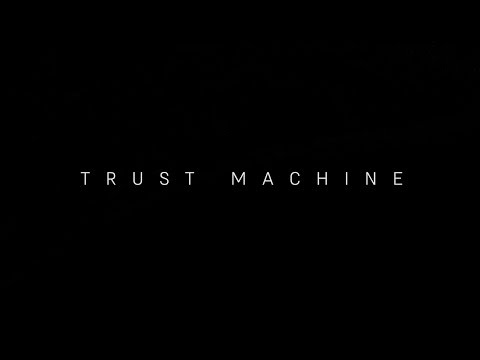 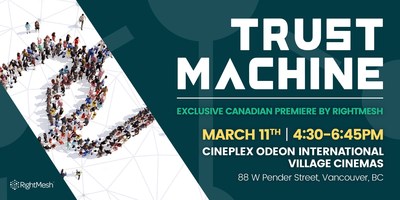 Award winning filmmaker Alex Winter (Deep Web, Downloaded) drills down on blockchain, the decentralized technology that supports cryptocurrencies. Why are banks terrified while UNICEF Ventures embraces it to help refugee children? Through the film, Winter reveals that the proponents of the blockchain—a verified digital ledger—are already using the technology to change the world; fighting income inequality, the refugee crisis and world hunger. The film is narrated by Rosario Dawson.

John Lyotier, Maple-Ridge based CEO of RightMesh, is featured in the film explaining how RightMesh's mobile mesh networks are necessary for blockchain to ever take hold globally: "The network RightMesh is developing to connect the world's 3.9 billion unconnected people to the wider world and enable them to participate in the market and the economic system surpasses any other current or proposed use for blockchain." Lyotier will be speaking more about this topic on the panel discussion, 'Combating Global Poverty on the Blockchain' at SXSW in Austin Texas on March 16.

Tickets at: https://www.eventbrite.com/e/trust-machine-exclusive-canadian-premiere-by-rightmesh-tickets-57239687446 and at the door (media and groups contact [email protected])

About RightMeshRightMesh is on a mission to bring connectivity to the next billion users and lift 100 million people out of poverty by multiplying the combined power of blockchain, mobile mesh networking, and RMESH tokens. RightMesh wireless networks are self-forming, self-healing, and self-regulating, using various technologies in existing smartphones and IoT devices rather than relying on traditional infrastructure and Internet Service Providers

Initially an internal project of Left Technologies Inc, a Maple Ridge-based multinational media and technology company, RightMesh AG was established in Switzerland to develop the project, and it subcontracts work to Left. Left is a certified B-Corp, one of Canada's Top 100 Employers, a Deloitte Fast 50 Canada company and a Deloitte Fast 500 North American company.  More at www.rightmesh.io