CALGARY, March 6, 2019 /CNW/ - The Calgary Zoo announces that Er Shun, the adult female panda has entered the early stages of her breeding cycle, setting off a planned collaborative program over the next few weeks involving hormone monitoring and artificial insemination. 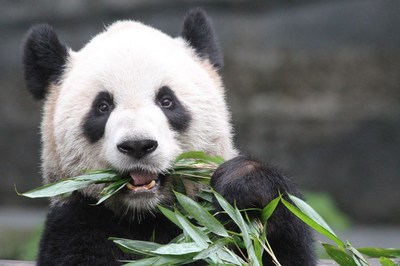 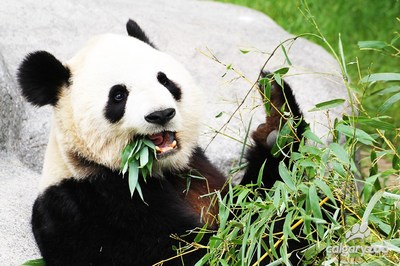 Calgarians have embraced the pandas and the zoo saw record attendance in 2018 with 1.5 million guests visiting and admiring the pandas in a stunning state-of-the-art building housing Er Shun, Da Mao, Jia Panpan and Jia Yueyue. The back-of-house area in Panda Passage was built to accommodate a nursing den, should Er Shun become pregnant through the program.

"The value of hosting and now breeding, these international and vulnerable symbols of conservation is a tremendous opportunity to engage our community in making a difference for wildlife in Canada and around the world," says Dr. Clément Lanthier, President and CEO, Calgary Zoo. "We believe that small actions often lead to big changes that help sustain the incredible biodiversity on the planet."

Giant pandas are an umbrella species and by helping to protect them, other species who inhabit their environment will also be protected. Each year they are here, the Calgary Zoo will contribute $1.4 million to the Chengdu Research Base of Giant Panda Breeding in China to support conservation initiatives such as breeding, habitat protection, reintroduction science and research.

With fewer than 1,800 giant pandas left in the wild, caring for these four giant pandas is important to ongoing conservation. Habitat destruction remains one of the biggest threats to pandas in the wild, much in the same way boreal forests and evergreen trees in Canada are a concern for wildlife in our country. More than half of giant panda habitat has been lost in the last fifty years.

The Calgary Zoo is a conservation leader whose mission is to take and inspire action to sustain wildlife and wild places. As a not-for-profit charitable institution, a portion of all revenue is reinvested back into conservation activities at the zoo and around the world.