MOLINE, Ill., March 2, 2020 /CNW/ -- After a 45-year career of distinction and achievement, Samuel R. Allen has elected to retire May 1 from his current position as chairman of the Deere & Company (NYSE: DE) Board of Directors.

The Deere board has elected John C. May, the company's chief executive officer, to become chairman upon Allen's retirement. The actions are another step in the company's systematic process of leadership transition. 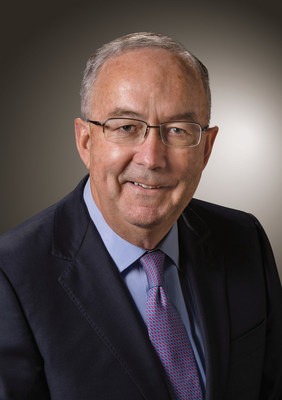 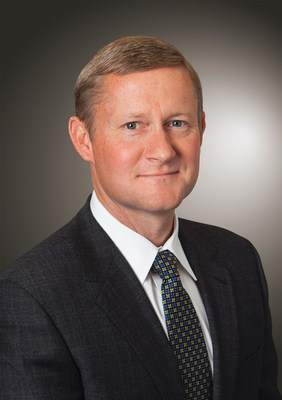 Allen has been chairman of the board of directors since 2010 and served as the company's chief executive officer from 2009 to 2019. May was named CEO in November 2019.

"As a result of Sam's leadership and vision, John Deere has developed a more dynamic business model and is uniquely positioned to capitalize on the demographic and technological trends that are defining the future of our businesses," said May.

Allen led the company to record growth and success. Over his decade of leadership, the company expanded its customer base, increased its global footprint, and made major gains in innovation and precision technologies.

"This was also a time of unmatched financial success which included nine of the ten highest-earning years in company history," May said.

"One of the most significant developments of the period was the emergence of precision technologies as a major factor in our industries. Sam established the Intelligent Solutions Group in 2012 to develop these technologies and help bring them to market," May added. "Today products equipped with these advanced capabilities are making our customers far more productive while helping reshape Deere as a smart industrial company."

Allen is also credited with his emphasis on responsible corporate citizenship. During his tenure as chief executive, the company's investment in philanthropic activities more than doubled, to some $38 million annually. During this time, Deere also launched the global employee-volunteerism program, which has recorded nearly one-million hours of volunteer service since its start in 2010.

Then in 2005, Allen became president of Deere's construction and forestry and power systems businesses. He was elected president and chief operating officer and a member of the board of directors in June 2009 and became Deere's ninth chief executive officer in August of that year.

May joined the board in August of 2019 and became Deere's tenth chief executive officer in November.

"As chairman, John will lead the board with the collaborative style and strategic, operating, and technical skills so capably demonstrated over his 23-year career with Deere," said Allen.

May joined Deere in 1997 and became part of the senior management team in 2012 as president of agricultural solutions and chief information officer. In 2018, he was named president of the Worldwide Agriculture & Turf Division, with responsibility for the Americas and Australia; the global harvesting, turf and utility, and crop care platforms; and intelligent-solutions group.

Deere & Company (www.JohnDeere.com) is a world leader in providing advanced products and services for customers whose work is linked to the land - those who cultivate, harvest, transform, enrich and build upon the land to meet the world's increasing need for food, fuel, shelter and infrastructure.