TORONTO, July 29, 2019 /CNW/ - AbraPlata Resource Corp. ("AbraPlata") (TSX-V: ABRA & OTCPK: ABBRF) and Aethon Minerals Corp. ("Aethon") (TSX-V: AET) are pleased to announce that they have entered into a non-binding letter of intent , dated July 28, 2019 (the "LOI"), contemplating the arm's length acquisition by AbraPlata of all of the outstanding common shares of Aethon (the "Aethon Shares") (the "Proposed Transaction").  The Proposed Transaction, upon completion, is expected to benefit shareholders of both companies by creating a well-funded, advanced-stage silver and gold focused exploration company, as well as an expanded portfolio of early-stage precious metal and copper exploration properties in Argentina and Chile.

Pursuant to the terms of the LOI, all of the issued and outstanding Aethon Shares will be exchanged on the basis of 3.75 AbraPlata common shares (each whole share, an "AbraPlata Share") for each Aethon Share (the "Exchange Ratio"). The Exchange Ratio implies consideration of C$0.248 per Aethon Share, based on the 10-day Volume Weighted Average Price ("VWAP") of AbraPlata Shares on the TSX Venture Exchange ("TSXV") as of July 26, 2019. This represents a premium of 42% to Aethon's 10-day VWAP.

Highlights of the Transaction

Mr. Rob Bruggeman, Interim CEO of AbraPlata, commented, "The Diablillos project has a large silver-gold resource and offers exciting exploration upside potential.  However, the scale of the project requires additional resources in order to effectively test high priority exploration drill targets that our surface mapping and geological reinterpretation have identified.  The Proposed Transaction with Aethon will provide us with cash to conduct additional exploration drilling, following up on the higher grade intercepts that indicate potential for an underground mine plan.  In addition, Aethon has an excellent technical team, supported by technical staff at Altius Minerals Corp., and a sizable exploration land package in Chile that would be difficult for any junior mining company to accumulate."

The Proposed Transaction value is approximately CAD $8.8 million on a fully diluted in-the-money basis, and Aethon and AbraPlata shareholders will own approximately 52% and 48% of the combined entity, respectively, prior to the issuance of additional shares to SSR Mining Inc. ("SSRM") (NASDAQ: SSRM) (TSX: SSRM) in exchange for certain key concessions outlined further below.  Pursuant of the terms of the LOI, the parties anticipate entering into a definitive agreement on or prior to August 30, 2019.

The Proposed Transaction is subject to a number of conditions, including, but not limited to, AbraPlata and Aethon entering into one or more binding definitive agreements containing customary terms and conditions, including representations and warranties customary in a transaction of this nature. In the event that definitive agreement(s) are entered into between the parties, and subject to the final transaction structure, the closing of the Proposed Transaction will be subject to additional conditions precedent including, but not limited to, the receipt of all required approvals from TSXV, shareholder approval of the Proposed Transaction to the extent required under corporate and securities laws and the rules and policies of TSXV, including by the requisite majority of shareholders of Aethon at a special meeting of Aethon shareholders and agreement on customary non-solicitation covenants, insider lock-up agreements, board support and other standard provisions for transactions of this nature.

SSRM, the original vendor of the Diablillos property to AbraPlata, has indicated its intention to support in principle the Proposed Transaction and, subject to its completion, to agree to defer the outstanding Diablillos property payments of USD$5 million and USD$7 million for four years and waive all outstanding advance royalty payments, in exchange for consideration to be determined.

All scientific and technical information in this news release has been approved by Willem Fuchter, PhD PGeo, director of AbraPlata Resource Corp. and a qualified person as defined by National Instrument 43-101.

About Aethon MineralsAethon Minerals is a mineral exploration company focused on creating shareholder value. Aethon has a large prospective land position consisting of over 100,000 hectares along prolific mining belts located in the Antofagasta and Maricunga regions of northern Chile. Aethon believes it is uniquely positioned for growth and is actively pursuing selective exploration-stage growth opportunities.  Aethon is based in Toronto, Canada, and is listed on the TSX-V under the symbol "AET".

About AbraPlataAbraPlata is focused on exploring and advancing its flagship Diablillos silver-gold property. In addition, AbraPlata owns the highly prospective Cerro Amarillo property with its cluster of five mineralized Cu-(Mo-Au) porphyry intrusions located in a mining camp hosting the behemoth El Teniente, Los Bronces, and Los Pelambres porphyry Cu-Mo deposits. As well, AbraPlata is exploring Aguas Perdidas, its wholly owned Patagonia-style epithermal Au-Ag property. AbraPlata is based in Vancouver, Canada, and is listed on the TSX-V under the symbol "ABRA".

This press release contains "forward -looking information" within the meaning of applicable Canadian securities laws. Any statements that express or involve discussions with respect to predictions, expectations, beliefs, plans, projections, objectives, assumptions or future events or performance (often, but not always, identified by words or phrases such as "believes", "anticipates", "expects", "is expected", "scheduled", "estimates", "pending", "intends", "plans", "forecasts", "targets", or "hopes", or variations of such words and phrases or statements that certain actions, events or results "may", "could", "would", "will", "should" "might", "will be taken", or "occur" and similar expressions) are not statements of historical fact and may be forward-looking statements. Forward-looking information herein includes, but is not limited to, statements that address activities, events or developments that Aethon and AbraPlata expect or anticipate will or may occur in the future, including statements with respect to the Letter of Intent and the likelihood that the definitive agreement(s) will be entered into and that the Proposed Transaction will be consummated on the terms and timeline provided herein or at all, the benefits of the Proposed Transaction to AbraPlata and Aethon and the receipt of all required approvals including without limitation the companies' shareholders and applicable regulatory authorities and applicable stock exchanges.

Factors that could cause future results or events to differ materially from current expectations expressed or implied by the forward-looking statements include general business, economic, competitive, political and social uncertainties; the state of capital markets; risks relating to (i) the preliminary and non-binding nature of the LOI, (ii) the ability of the parties to satisfy the conditions precedent to the execution of any definitive agreement(s) or to ultimately agree on definitive terms, (iii) the impact on the respective businesses, operations and financial condition of AbraPlata and Aethon resulting from the announcement of the Proposed Transaction and/or the failure to enter into definitive agreement(s) or to complete the Proposed Transaction on terms described or at all, (iv) an alternative transaction materializing prior to the effective date of any definitive agreement(s) or the completion of the Proposed Transaction, (v) delay or failure to receive board, shareholder regulatory or court approvals, where applicable, or any other conditions precedent to the completion of the Proposed Transaction, (vi) unforeseen challenges in integrating the businesses of AbraPlata and Aethon, (vii) failure to realize the anticipated benefits of the Proposed Transaction, (viii) other unforeseen events, developments, or factors causing any of the aforesaid expectations, assumptions, and other factors ultimately being inaccurate or irrelevant; and other risks described in AbraPlata's and Aethon's documents filed on the SEDAR website at www.sedar.com. 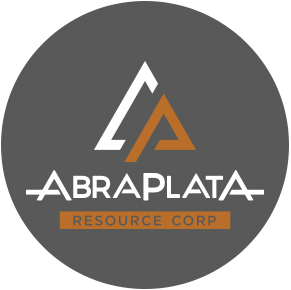 AbraPlata is focused on exploring and advancing its flagship Diablillos silver-gold property, located in the mining-friendly Salta province in Argentina. AbraPlata also owns the Arcas project in Chile where Rio Tinto has an option to earn up to a 75% interest by funding up...