LOS ANGELES, April 13, 2018 /CNW/ - The Edgy Veg, creator of the YouTube series, cookbook and recipe blog of carnivore-approved vegan recipes announced today that they have received the award for "Best Home Chef in a Series" at the 9th Annual TASTE AWARDS in Los Angeles, California. The award comes just after Chef-Creator Candice Hutchings published her first book "The Edgy Veg: 138 Carnivore-Approved Vegan Recipes" alongside her husband and co-creator James Aita. 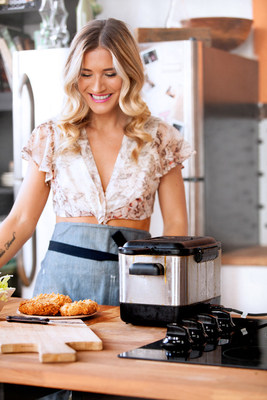 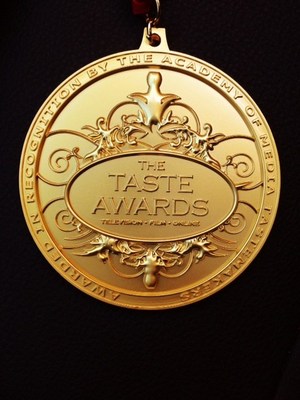 "We are honored and humbled to be recognized by the TASTE AWARDS and are so happy that vegan food is becoming more and more mainstream," said The Edgy Veg Chef-Creator Candice Hutchings. "It gives us even more motivation to create tasty new vegan recipes for the world to fall in love with. Our goal is to make easy vegan recipes that carnivores, vegetarians, reducitarians and vegans alike can enjoy, and that remind them of the food they grew up loving."

ABOUT THE EDGY VEGCandice Hutchings and James Aita are the creators of The Edgy Veg, a YouTube phenomenon with over 250,000+ subscribers. The Edgy Veg is a delicious vegan and vegetarian movement catering to the forward-thinking meal-creators of the often-boring veg community. As Co-Founder, Creator, Chef and Resident Mad Food Scientist, Candice is the brains and creativity behind the Edgy Veg, developing all of the food creations and bringing it to the world as the main on-screen talent. As Co-Founder, Producer, and the resident food snob vegan-in-training, James brings agency and business background to run the day to day operations. He is also the "Carnivore" behind "Carnivore Approved" recipe testing which ensures that all of the recipes created by The Edgy Veg are in fact loved by those of all dietary-preferences.

A full list of previous Award Honorees and Nominees, plus photos and coverage, can be seen on the site, www.TheTasteAwards.com.

"Our thanks to Cision for sponsoring this announcement."