The new 35,000 square foot McCain Foods potato specialty production line addition represents the largest capacity expansion investment in Canada in nearly 10 years.  The investment is reflective of the continued growth of the North American frozen potato and potato specialty segments in both the retail and food service businesses. 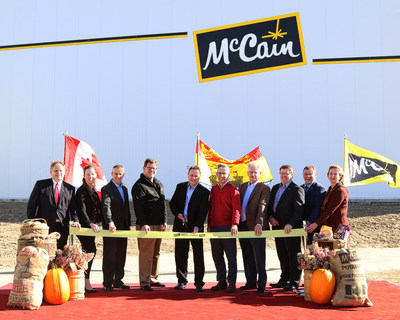 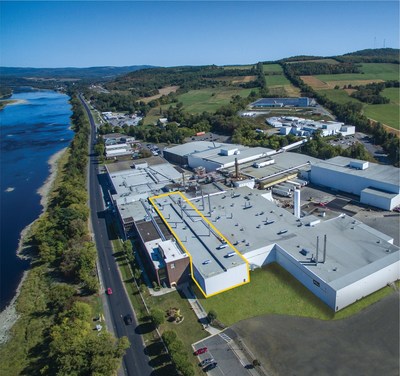 "Florenceville continues to be the French fry capital of the world. The official opening of the new production line reflects McCain's ongoing commitment to invest in the needs of our consumers and customers today, and also the company's focus towards future product development and innovation," said Jeff DeLapp, President, North America, McCain Foods Limited.

"During our 60th year of business, investment in the Florenceville-Bristol facility is a testament to the importance the community holds as the birthplace of McCain Foods," added DeLapp. "In addition to the more than 40 new jobs created, the construction build stimulated economic activity within the region, and an additional demand of 4,000 acres of potatoes is to be supplied to the facility by New Brunswick potato farmers."

Since the company was founded in 1957, McCain's leadership in the Canadian frozen potato market segment across all retail, food service and quick service restaurants (QSR) channels is undisputed.

All of McCain's potato products are made from 100% real potatoes grown on farms close to our facilities, which are spread across the country in New Brunswick, Manitoba, and Alberta.

"McCain is proud to partner with over 150 farming families across the country" stated Shai Altman, President, McCain Foods (Canada) "Our delicious products are a direct result of the quality potatoes grown by farmers, many of whom share a multi-generational partnership with McCain, some dating back to our start 60 years ago."

For the past 60 years, McCain Foods has grown proudly from its Florenceville, New Brunswick roots.  With 30 employees and sales of $150,000 in its first year of business in 1957, the company has grown to become a global enterprise with more than 20,000 employees operating out of 53 production facilities on six continents with sales in excess of CDN $9 billion, while remaining Canadian headquartered and family-owned.

About McCain Foods (Canada)McCain Foods (Canada) is the Canadian division of McCain Foods Limited, an international leader in the frozen food industry. McCain is the world's largest manufacturer of frozen potato specialties, and also produces other quality products such as appetizers, vegetables, and desserts that can be found in restaurants and retail stores in more than 160 countries around the world.  In Canada, the company has eight production facilities, approximately 2,600 employees and in addition to its famous French fries and potato specialties, makes frozen desserts, snacks, appetizers and authentic Chinese entrées.www.mccain.ca