Alan Gertner, William Assini and Anne Darche appointed to board

TORONTO, Dec. 1, 2017 /CNW/ - 48North Cannabis Corporation., (48North) is pleased to announce the appointment of four new members and the re-appointment of three existing members to its board of directors. 48North is the parent company of DelShen Therapeutics Corp., a licensed producer of medical cannabis under the Access to Cannabis for Medical Purposes Regulations, which is located on 800 acres of owned land near Kirkland Lake, Ontario.

At its 2017 annual and special meeting of Shareholders, 48North shareholders elected industry heavyweights Alan Gertner, co-founder and CEO of cannabis lifestyle brand Tokyo Smoke, William Assini, retired SVP and Partner at PWC LLP and former director of Mettrum Health Corporation, and Anne Darche, a leader in identifying and managing consumer trends, to its board of directors.

''I'm excited to work with CEO Alison Gordon on her next-gen approach to the cannabis market," said Alan Gertner. "The team is well positioned in their consumer-packaged goods approach, delivering trusted brands to targeted demographics. It's an honour to be joined by Bill Assini and Anne Darche in this appointment, their combined expertise and knowledge will be crucial in 48North's competitiveness.''

Board Chairman, The Right Honourable Martin Cauchon, former Minister of Justice and Attorney General of Canada, welcomed the new appointments and reappointments of existing members.

''These newest board additions add a deep level of industry knowledge and dynamism to an already forward thinking and strategic organization," said Martin Cauchon." On behalf of Mr. Alain Dubuc, Lieutenant General James Gervais, and myself, I'd like to welcome this group to the team and get to work with them.

48North CEO, Alison Gordon, was also appointed to the company's board of directors at the annual shareholder meeting.

"Now is the time for our industry to emerge, as a global player in cannabis," said Alison Gordon. "48North is committed to supporting patients and to helping future legal adult users navigate their cannabis experience by bringing an innovative approach to cannabis products, around the world and here at home."

Anne Darche - Director. Ms. Darche is a marketing and consumer trends specialist with a 20-year career in Montreal advertising agencies, primarily as a co-owner, VP for strategic planning and president. She has a proven track record in managing major advertising and public opinion campaigns. The agency she helped build and administer, Allard Johnson (now KBS), has become one of Canada's leading advertising firms. A respected speaker, she has been heard regularly on Radio-Canada sharing her views on trends, breakthroughs and market disruptions. Ms. Darche also serves as a director for Groupe Germain Hotels and KDC, a leading North-American contract manufacturer of health and beauty-care products. She is chair of MU, a not-for-profit organization devoted to beautifying the city of Montreal by creating murals that are anchored in local communities. She holds a BA in design, an MBA and is a Chartered Director.

William J. Assini - Director. Mr. Assini is a chartered accountant and was both Senior Vice President and Partner of PriceWaterhouseCoopers LLP for over 20 years, where he had advisory responsibility for South-Western Ontario. He left the private practice in 2007 in order to pursue a career as an independent corporate director and is both a Director and audit committee chair of I.G. Investment Management, Ltd. and Investors Group Corporate Class, Inc., which together have in excess of $86 billion of assets under management. Mr. Assini is also a director and audit committee member of IG Trust Company Limited. He is also a past director of GoviEx Uranium Inc., M.R.S. Trust Company, Canada Flourspar Inc. and Mettrum Health Corporation. Mr. Assini obtained his undergraduate degree from McGill University and was awarded his Chartered Accounting designation in the Province of Nova Scotia.

Alan Gertner - Director. Mr. Gertner is the co-founder and Chief Executive Officer of Tokyo Smoke, a modern lifestyle business that is inclusive of Cannabis. A lover of technology, design and everything in-between, Mr. Gertner most recently led a $100M+ organization at Google in Asia. He is a proven leader in strategy and operations, and was a founding member of Google's first Global Business Strategy team while based in Mountain View, California. Mr. Gertner was formerly a Management Consultant at Oliver Wyman in New York and graduated Dean's list from the Richard Ivey School of Business, Canada's leading business school, in 2006.

Alison Gordon - Chief Executive Officer and Director. Ms. Gordon is a veteran of the Canadian cannabis industry, bringing a unique depth of experience and relationships to her role as Chief Executive Officer of the Corporation. A skilled marketer, she is celebrated for her unique ability to shift public opinion and consumer behaviour, and has been named one of Canada's Top 10 Marketers by Marketing Magazine. As co-founder of Rethink Breast Cancer, she is credited with growing a new generation of young breast cancer supporters, compelled by her ground-breaking communication and branding expertise. Ms. Gordon is applying her unique skill set to the Corporation's business plan in this new era of the cannabis industry.

The Honourable Martin Cauchon - Chairman and Director. Mr. Cauchon was first elected to political office in October 1993 in the federal riding of Outremont. He has held many cabinet positions, including Minister of National Revenue, Minister of Justice and Attorney General of Canada. As Justice Minister, he introduced in 2003 legislation decriminalizing the possession of small amounts of cannabis. Currently, Mr. Cauchon is Executive Chairman of Groupe Capitales Médias.

Alain Dubuc - Director. Mr. Dubuc is an economist, author and journalist. He is the national affairs columnist for the Montréal daily La Presse and is the recipient of numerous awards, including the National Newspaper Award for editorial commentary and the Public Policy Forum Hyman Solomon award for excellence in journalism. He sits on several boards, including the Institute for Research on Public Policy and the McGill Institute for the Study of Canada. He has written seven books on economics and political subjects and was named Officer of the Order of Canada in 2011. Mr. Dubuc obtained his master's degree in economics at the Université de Montréal.

Lieutenant General James C. Gervais - Director. Mr. Gervais is a retired Army Commander in the Canadian Armed Forces who also served twelve years as a public servant as Assistant Deputy Minister to Canada's Governor General. In retirement, he has been a director on the boards of several mining companies and has served as the Chairman of the Board of Commissionaires Ottawa, the largest not for profit security firm employing military and RCMP Veterans.

About 48North Cannabis Co.48North is a vertically integrated cannabis company. Its first ACMPR licensed facility is located on 800 acres of owned land near Kirkland Lake, Ontario, and is operated by its wholly-owned subsidiary, DelShen Therapeutics. The company grows unique genetics sourced from MariPharm B.V., a Netherlands based phytopharmaceutical company with over 25 years of experience in the research and cultivation of cannabis for medical purposes. The genetics are grown to exacting standards in DelShen's state-of-the-art, closed box facility, ensuring patients can count on receiving the highest quality cannabis products. 48North's values are rooted in the land they're planted on, and the company has entered into a first of its kind Community Benefits Agreement with certain of its First Nations investors. 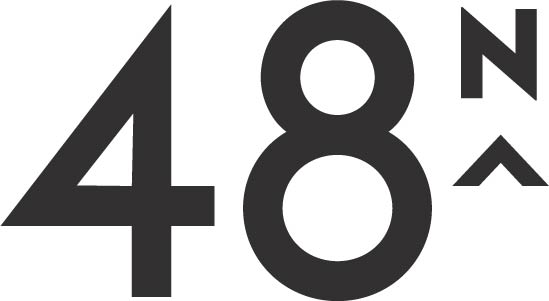 48North Cannabis Corp. (TSXV: NRTH) is a vertically-integrated cannabis company focused on the health and wellness market through cultivation and extraction, as well as the creation of innovative, authentic brands for next-generation cannabis products. 48North is developing...