Less than a year after launch Tara Bosch's SmartSweets gets a valuation of 2 million.

VANCOUVER, Sept. 29, 2017 /CNW/ - Young entrepreneur and university drop out Tara Bosch launched SmartSweets on retailer shelves in Summer of 2016, less than a year before filming Dragons' Den. SmartSweets is now disrupting the confectionary market in record time with their mission to kick sugar and keep candy. Bosch's Dragons Den segment aired on September 28th, the season 12 premiere, where Bosch received offers from all six Dragons. 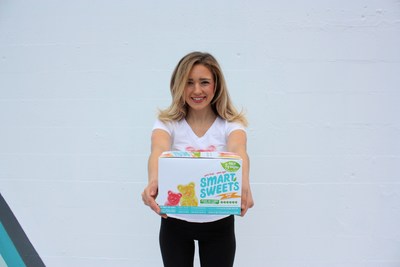 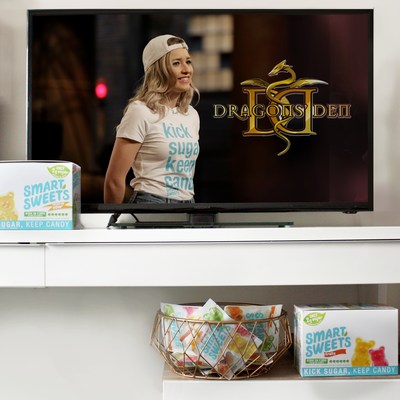 SmartSweets is tackling one of the largest and most concerning problems hidden in our everyday foods- Sugar.  Their first two SKUs of natural low sugar gummy bears are now sold in over 1,000 stores & e-retailers nationwide, including Whole Foods and Bed Bath & Beyond across Canada.

Bosch went into the den with an ask of $100,000 for 10% of SmartSweets, a valuation of one million. Bosch received offers from all dragons, and the valuation was doubled to two million, accepting an offer from Jim Treliving.

About Tara: Twenty-three year old university drop out Tara Bosch went from recipe testing in her kitchen with a gummy bear mould from amazon to launching nation-wide on store shelves in less than a year.  Growing up Tara developed an unhealthy relationship with food, affecting her self esteem and body image. It was learning to have a healthy relationship with food coupled with her sweet tooth that sparked her exploration into the shocking reality of sugar. She's set out on a mission to kick sugar but keep candy.

"I felt like I was going to throw up walking into the den.. and left with the feeling of overwhelming gratitude having all 6 dragons equally passionate about SmartSweets mission to kick sugar"

About SmartSweets: SmartSweets is on a mission to #KickSugar, innovating the first candy that kicks sugar- Naturally.  In a full bag of SmartSweets gummy bears there are just 2g of sugar, about one tenth of the sugar content of 'average' gummy bears. SmartSweets uses all natural ingredients, are non-gmo and gluten free, with no sugar alcohols or artificial sweeteners.

SmartSweets has been featured in publications such as Fox Business, Forbes Magazine, dubbed as "life changing" by PopSugar" and is the winner of several entrepreneurial awards, including being named a 2017 Peter Thiel Fellow, the youngest on BCBusiness Magazine's Top 30 Under 30 2017 list, BMO Celebrating Women- Growth & Expansion Award 2017 and being named a Canadian Entrepreneur's Top 20 under 23, among others. SmartSweets.com