Illegal Cigarettes are rampant in Ontario, and new packaging regulations will only make things worse

OTTAWA, Oct. 15, 2018 /CNW/ - Today, the National Coalition Against Contraband Tobacco (NCACT) released results of a study highlighting 32% of cigarettes purchased in Ontario were illegal. In some parts of Ontario, nearly 60% cigarettes were illegal. 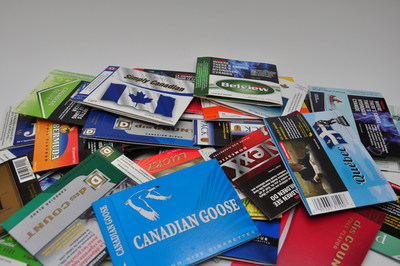 "Ontario's contraband problem continues to be the worst in Canada- 1 in 3 of all cigarettes purchased in the province are illegal," said Gary Grant, a 39-year veteran of the Toronto Police Service and national spokesperson for the NCACT. "The prevalence of illegal cigarettes has remained at this rate for years, and smuggling networks have become more entrenched. Coming changes to Canada's tobacco packaging regulations will only make this problem worse."

Contraband was highest in Northern Ontario, where illegal cigarettes represented 59% of all cigarettes purchased. 36% of cigarettes in Southern Ontario were illegal, as were 33% in Eastern Ontario and Ottawa. Contraband rates are lowest in the GTA, underscoring the scope of the problem in the rest of Ontario. The survey of 1500 adult smokers in Ontario was conducted by GFK over a 12-week period ending on August 18th, 2018. Respondents were asked through a continuous online tracking study about their cigarette purchases over the past 7 days.

"Unfortunately, contraband tobacco has not only remained plentiful, but it has also become more sophisticated," continued Grant. "While traditionally illegal cigarettes were sold in "baggies" of 200, almost 80% are now more elaborate branded packs. These are mostly purchased from smoke shacks. Two thirds of Ontario smokers aren't even aware that purchasing these are illegal."

Packs of contraband tobacco don't follow Canada's tobacco control guidelines. They are sold with little or no health warnings, include banned flavours like menthol, and do not pay all federal and provincial excise taxes. The smoke shacks that sell them display products in the open, contrary to regulations. While contraband rates have remained stable, prices have actually gone up, meaning illegal cigarette dealers are making more money.

For examples of recent seized products and hidden-camera video of representative smoke shacks in Ontario and Quebec, please visit stopcontrabandtobacco.ca/smokeshacks.

"80% of contraband tobacco in Canada is from Ontario. Most of that is sold in packs and through smoke shacks that don't follow Canadian tobacco control rules," continued Grant. "As you can see in from hidden camera footage, the illegal market isn't following the rules. Canadians should be concerned that efforts to curb smoking are being undermined. They should also be concerned that the government is moving ahead with new cigarette packaging rules that will only make things easier for the illegal market."

Proposed regulations for plain packaging will require that all cigarette packages be plain and standardized, as well as in the "slide and shell format," a rule unique to Canada. It is clear that, be it through police seizures or by visiting a smoke shack, that most illegal packs are also in the "slide and shell format," which are less common among legal cigarettes. This change will make it even harder for Canadians to know what is and is not contraband by requiring legal products to look like illegal ones. It will further tip the scales in favour of the illegal market.

"There are lots of reasons to be concerned about contraband tobacco," said Gary Grant. "It funds organized crime and costs taxpayers billions. But it also undermines the very rules that Canada has put in place to reach tobacco control goals. Tougher rules aren't effective if they aren't enforced. Canada can no longer pretend that the contraband problem doesn't exist and take real action to address it rather than those that make the problem worse."

The National Coalition Against Contraband Tobacco is a Canadian advocacy group formed by organizations and associations concerned about the growing danger of contraband cigarettes. NCACT members share the goals of working together to educate people and urge government to take quick action to stop this growing threat. More information about the Coalition can be found on our website, www.stopcontrabandtobacco.ca.