HALIFAX, Aug. 15, 2019 /CNW/ - The Government of Canada is committed to a renewed relationship with Indigenous peoples based on the recognition of rights, respect, cooperation and partnership. Building on this commitment, the Minister of Fisheries, Oceans and the Canadian Coast Guard, the Honourable Jonathan Wilkinson, and the Minister of Crown-Indigenous Relations, the Honourable Carolyn Bennett, together with Chief Arren Sock of the Elsipogtog First Nation and Chief Alvery Paul of the Esgenoôpetitj First Nation, announced today that they have agreed to a long-term plan to advance reconciliation in the fisheries. This will benefit the Mi'kmaq communities of Elsipogtog and Esgenoôpetitj and the broader fishing communities in New Brunswick. 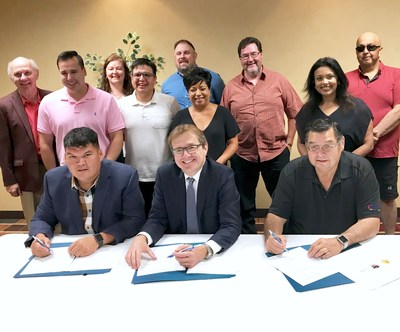 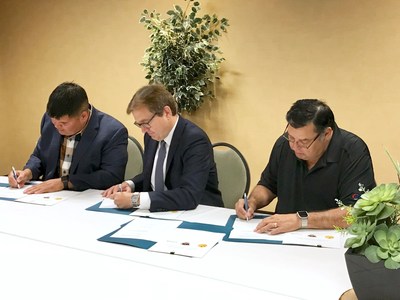 The 10-year Interim Fisheries Implementation Agreement addresses areas of mutual interest in the fisheries, and will help foster improved relationships with, and outcomes for, the Elsipogtog and Esgenoôpetitj First Nations by:

This agreement was reached in the spirit of collaboration; it will advance recognition of rights and make real progress on the issues most important to the Elsipogtog and Esgenoôpetitj First Nations. Having a long-term agreement in place will help provide for stable, predictable and sustainable fisheries for all harvesters in the region.

"Fishing is a culturally significant activity for Indigenous peoples. The Elsipogtog and Esgenoôpetitj First Nations continuously work to ensure there are fishing employment opportunities for all community members, including captains and crews.  Today's agreement builds on this hard work and demonstrates that the best way to address outstanding issues and achieve reconciliation and recognition of rights with Indigenous peoples is through dialogue and negotiation."

The Honourable Jonathan Wilkinson, Minister of Fisheries, Oceans and the Canadian Coast Guard

"Exercising fishing and harvesting rights are meaningful steps towards self-determination for the Elsipogtog and Esgenoôpetitj First Nations. With this agreement, we are building a strong relationship with our Mi'kmaq partners and continuing on the path to reconciliation."

"Fisheries have long played a vital role in the fabric of the Elsipogtog community, and we have been working hard to build capacity and increase participation of community members in our fishing enterprises. This agreement will enable Elsipogtog First Nation to continue to enhance its economic base in fisheries, a base that will in turn create sustainable jobs in our community."

"The people of Esgenoôpetitj have a long history of using fisheries for food and commercial purposes. We have  greatly increased our harvesting interests over the past 20 years and have diversified into fish processing. This agreement will enable us to further diversify our fisheries, to the sole benefit of our community members."